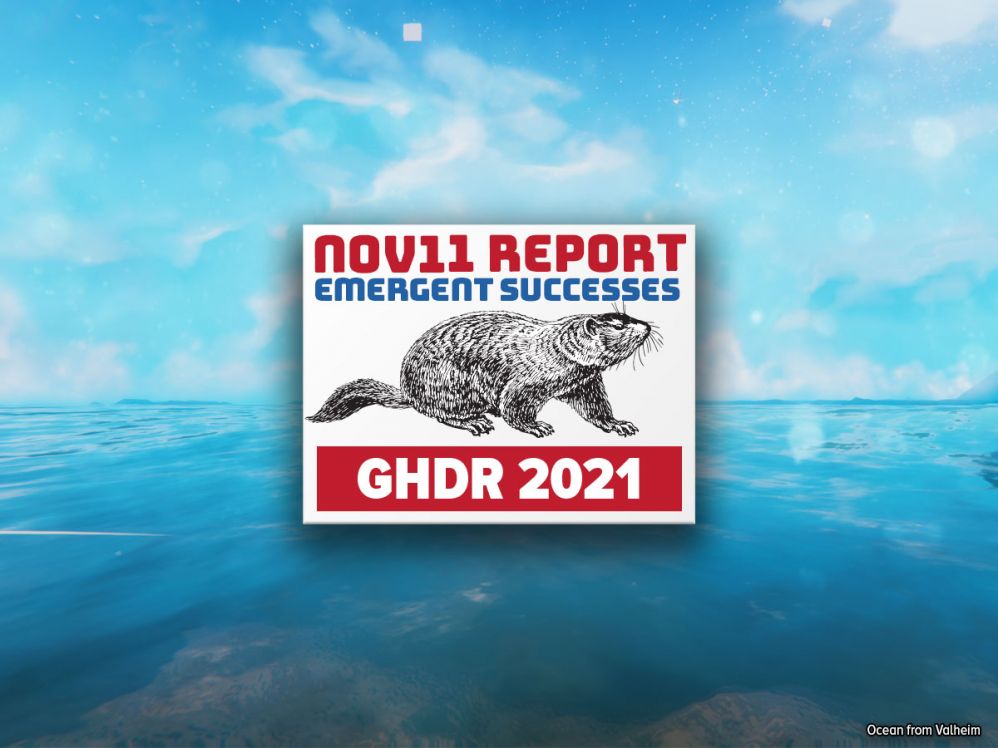 So why was I not feeling BAD about it today, as I have in the past? I have a weird theory: while I have not attained my strategic goals, I may have reached my unspoken “heartfelt goal” without realizing it.

In the beginning, I had the notion that team would help me achieve the following:

The first diagram was my simplistic understanding of the conditions I wanted to be a more creatively productive person, and the reason why it no longer appeals to me is dues to experiences with independent creatives I’ve met through the blogging community. The positive energy is not confined to teams, but is everywhere if you know where to find it.

So around 2007, I started working on the idea of creative independence, which evolved into this system diagram by 2019. Today, I might simplify it to look something like this:

The boxes with the thick strokes are desirable states. This is what they mean:

This was my attempt to create the self-sustaining cycle, but the critical path to success goes through the boring parts that I find difficult to do by myself. It is in this way that I have continued to fail to execute the GHDR plan over the years.

Fast-forward to today, and I am realizing that perhaps I’ve accidentally built the model backwards:

The three boxes on the left are ALL HAPPENING AT ONCE already; that was supposed to be the job of the “Creative Sanctuary” in the second diagram, but it’s here in the form of the DS|CAFE Coworking Discord. And I am happy because this is happening there every day. It started out as an experiment in “office hours”, but it’s increasingly become a place that feels like a creative/supportive hangout. And this makes me feel good, which is designated here as “Being Amused”. Isn’t this what I have wanted all along?

Making money from my work and generating income is still important, but in this model it is not part of the critical path. I am still not doing great on the gray box “making of marketable stuff”, but it’s now fed by “supportive sanctuary”; that makes the yucky work much easier to do. The work experiences are shared back into the community, creating a virtuous circle where there was once a bottleneck.

So that is my working theory of what’s happened and why I don’t feel like crap about not meeting over a decade of strategic goals. I guess they provided enough direction to get to this point.

In the weeks to come I’ll be looking at my work experiences to see how much of this theory holds. Frankly, it seems too good to be true. But for now, let’s go through the happenings of the past four weeks.

This year’s GHDR theme has been TRANSITIONS, and this covers a few things:

I’ve been doing a 15-minute Morning Resolution with a friend from the coworking server. We’re both committed to making progress on our individual projects. Mine is to get the new dsriseah.com website up. While 15 minutes may not seem like a lot, starting the day focused intently on your personal goals really helps set the tone for the rest of the day. It’s an ANCHORING HABIT for a lot of good things!

The main energy booster has come from a new rule: no carbs before 6PM. This keeps my energy high in the morning but still allows some comfort eating in the evening.

The 15-minute Morning Resolution also has been helping regularize my sleep schedule. Because I am meeting someone in video chat at 830AM, I’m more motivated to not screw this up by making sure I am in bed by a certain time.

I’ve been stopping work at 6pm every day, no matter what. This gives me enough time to relax and decompress so I can sleep. So far this has had mixed results as I don’t feel I’ve been productive enough getting the necessary work done as quickly as I’d like, but I think efficiency is slowly improving.

Halloween is the holiday where you can dress up as anything and people won’t think it’s weird. I dressed-up in a witchy outfit and went to a coffee shop to order coffee, which is the first time I’ve ever done anything like that. It was a mixed experience, and I felt a bit down about my appearance, but I didn’t have nightmares afterwards so that is a good sign.

This has lead to some review of what it means to be transgender non-binary and how I feel about it. During my endo checkup I tried to explain it as “occupying my own space on the gender spectrum” rather than try to conform to one pole or the other. 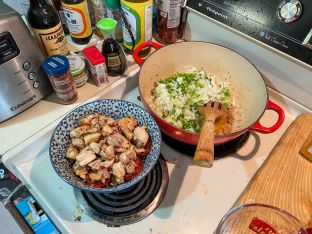 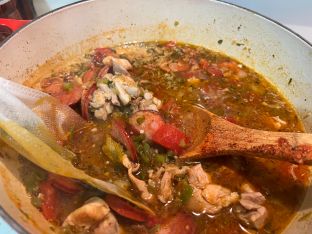 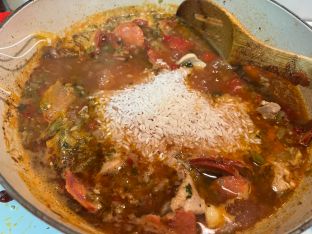 I have never had Jambalaya because I don’t like shrimp. Someone in the discord happened to mention that you could make Jambalaya WITHOUT SHRIMP and so I wanted to try making it.

Since I don’t know what Jambalaya is supposed to be like, I watched a few YouTube videos to get a feel for it and combined a few recipes together. The essence seems to be long grain rice soaking up the rich liquid resulting from broth, sausage, chicken mixed with some vegetables and spices (ABOVE) 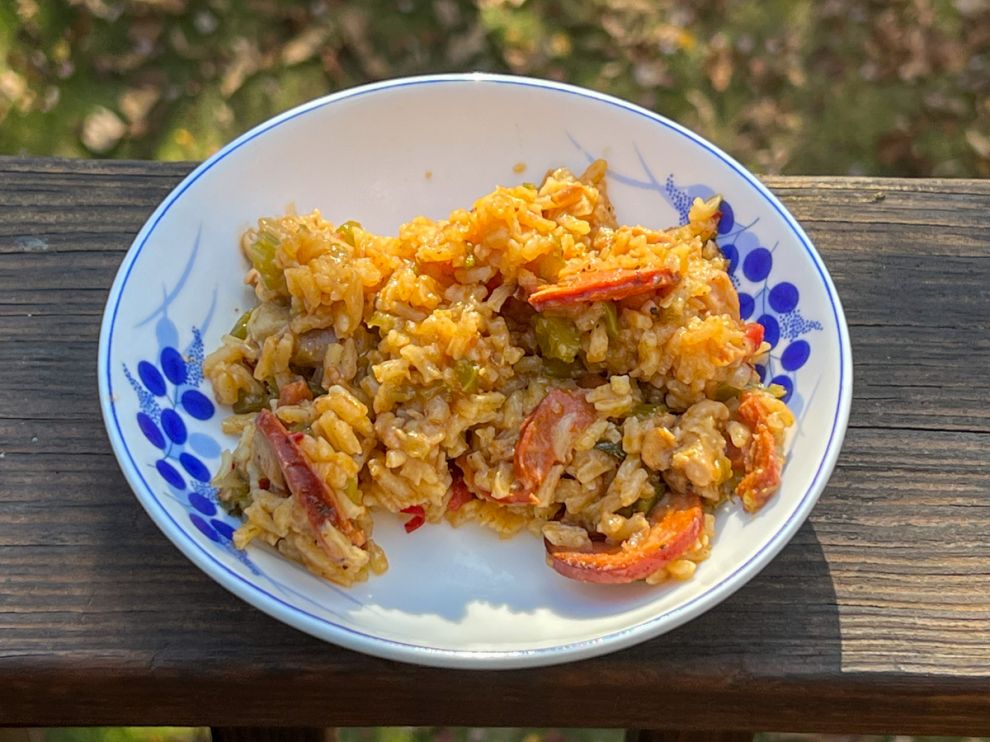 The result? A kind of wet rice that had a nice tangy flavor. I added a tiny bit of tomato sauce to a Creole version of the recipe, and it wasn’t bad at all (especially after a day sitting in the fridge). Is it Jambalaya? I don’t know. 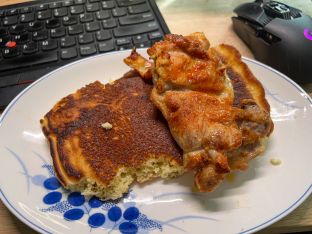 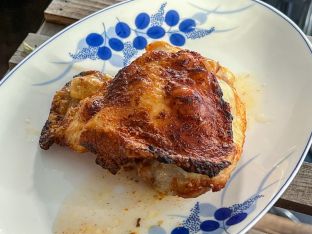 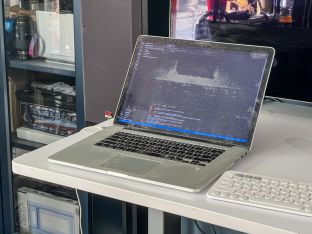 Another food experiment was to combine the air fryer boneless chicken thighs with pancakes (ABOVE LEFT), a take on Chicken and Waffles. I invited a friend over to help me “test”, and it was surprisingly good! I was being lazy so I had bought a box of Bisquick like my mom used to do. I remembered the Bisquick pancakes not being great, but the box suggested adding some additional baking powder and this made a HUGE DIFFERENCE.

The Air Fryer has been good for making bone-in chicken thighs as well. It’s a good way for me to cook a single chicken thigh in under 15 minutes that is crispy and flavorful (ABOVE MIDDLE). Since I am doing NO CARBS BEFORE 6PM, this has been my go-to lunch strategy.

With the advent of the new M1 Macbook Pro, I finally can retire my 2013 Macbook Pro 15 Retina, which was getting VERY long in the tooth. Here it is, a grizzled veteran of 8 years of mobile freelancing. The splotch in the middle of the screen is not a graph, incidentally. It’s the screen delamination that I was unable to get fixed during Apple’s secretive repair program. I’ve been putting up with it for 4 years. 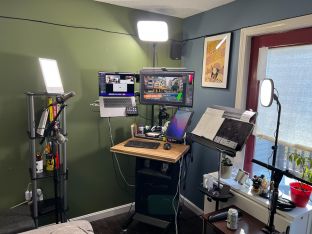 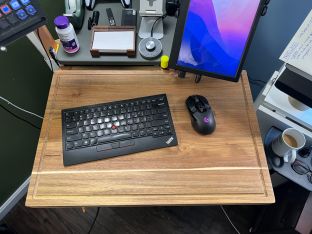 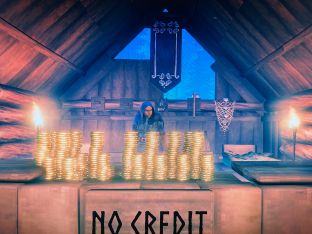 Since I had to rewire my computer setup anyway, I decided to switch to standing desk mode with my rolling computer cart (ABOVE LEFT). I’m using my El Gato Key Lights with a Verilux Sun Lamp to blast myself with light in the morning, as this is the time of year where Seasonal Affective Disorder starts to bring me down. So far it’s working great, and my skin has never looked so luminous in video chat!

One issue with standing desk mode is that the “desk part” is actually a bit too low to comfortably type on, especially if I am wearing heels. I bought a $35.00 16×24″ wooden cutting board and used silicon sticky tape to hold it on top of the existing surface (ABOVE MIDDLE), and it’s working out great. It also looks good! You’ll note that I left the groove side up; this is so I can feel when my mousing hand is getting close to the edge so I am less prone to sweep it onto the floor. This particular mouse has magnetic side buttons that fly off and disappear everytime it falls (grumble).

In video gaming news, I’ve been showing a friend how to play Valheim and have been playing with the new decor features. In the recent “Home and Hearth” patch, you can now make stacks of gold coins (ABOVE RIGHT) which we used to make this kiosk in one of our bases. 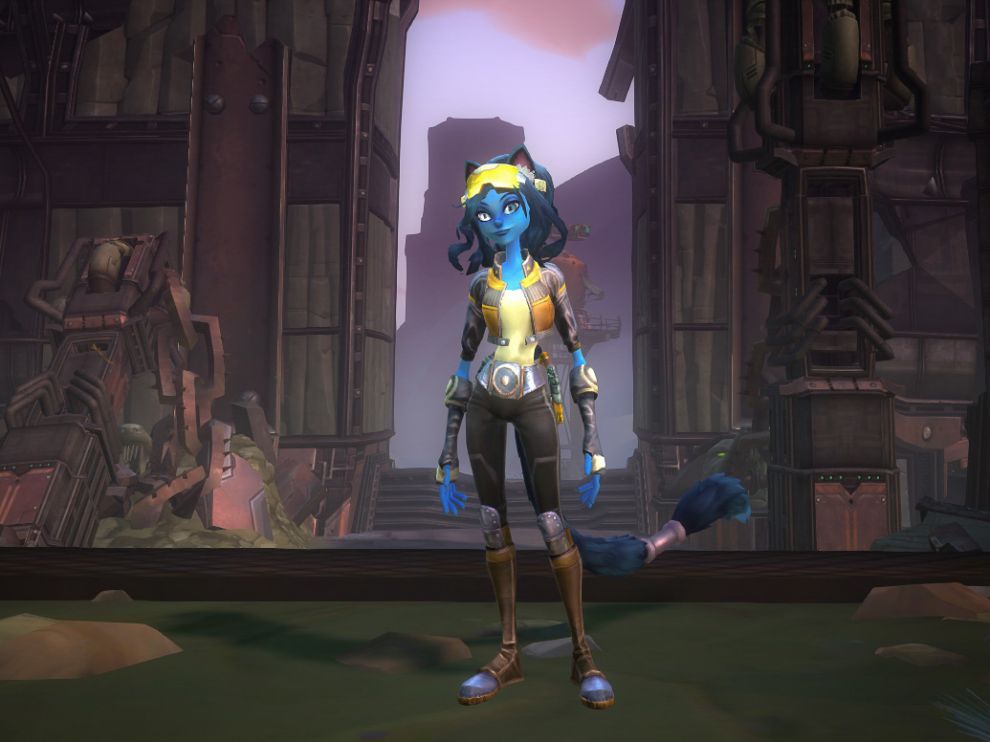 Up until 2017 I used to play an MMORPG called WildStar, where I learned about character role playing in their community. The game shut down in 2017, but I still have fond memories of the time I played my character “Sri Nutmoon” in group roleplay environments. Yes, that is where my transition name comes from, though this is not the first MMORPG Sri to exist.

Last month I took a break from Guild Wars 2, which I had been trying to level-up in again, to try Final Fantasy XIV. The last time I tried playing it was in 2015, and at the time it didn’t grab me. This time, it has, and of course I’ve made another incarnation of Sri Nutmoon on the Aether data center. 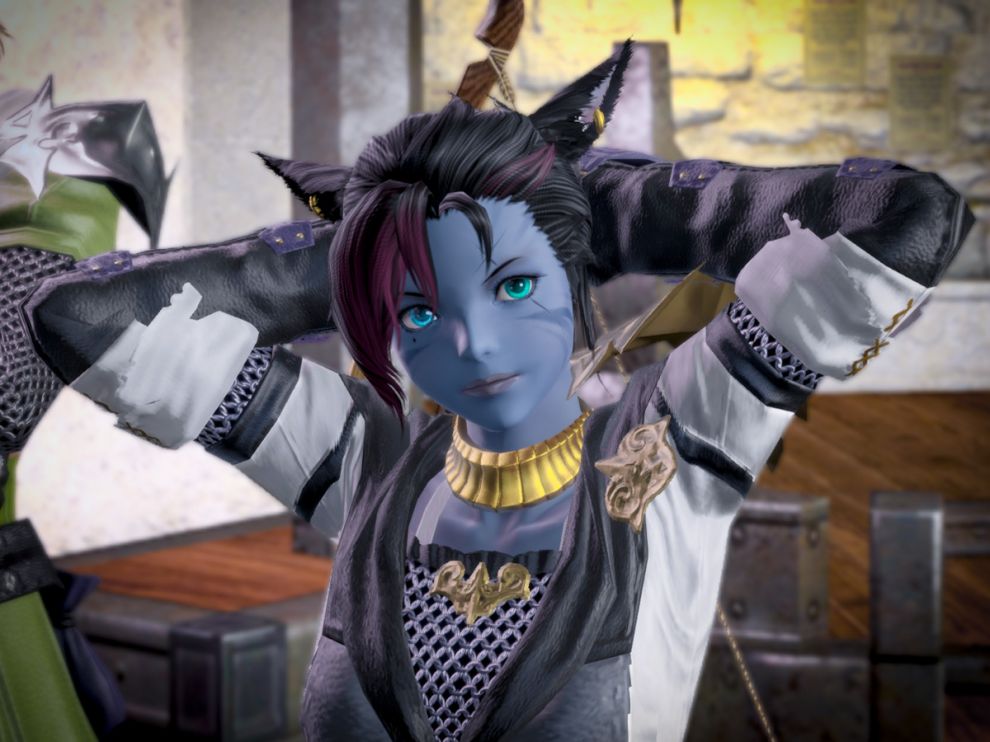 This time around, I am finding the story telling in FF14 really enjoyable, as it takes the time to carefully introduce you to the history of the world. I have missed this; most games have forgettable storytelling and I have gotten used to clicking through it. THIS GAME, though, is more rewarding if you take the time to read and imagine what’s going on. The writing is good and the world feels old, drawing on decades of Final Fantasy video games.

To provide a little extra amusement for myself, I have restarted Sri’s old WildStar News Blog. She’s writing from the perspective of a WildStar character who is transported to another world after her universe is destroyed, which happens to be a world of a video game she has played before. This type of story is a popular trend in anime of the isekai (another world), and I thought it would be fun to play it out that way. We’ll see how it goes. I have missed the silliness of RP Sri.

On the work front, I have a lot of GUI design and development on my plate. This is the first time in a while (several years) that I’ve had a chance to do front-end work, so it’s been interesting getting back into the flow of it after all this systems programming I’ve had to learn. That said, my singular focus is now on HEALTH & EXERCISE so I will try to be mindful of that. I don’t enjoy exercise by myself, so maybe there is a way I can do it virtually with other people?

We are still doing the 15-minute Morning Resolutions, so I am also working on my dsriseah.com website. There’s nothing there yet, but it’s shaping up.

Lastly, I’m curious whether the emergent success model I described at the beginning of this report is really a thing. I will schedule a quickie review day in a week to report in on that!

So that’s it for now…thanks for reading and have a great November!