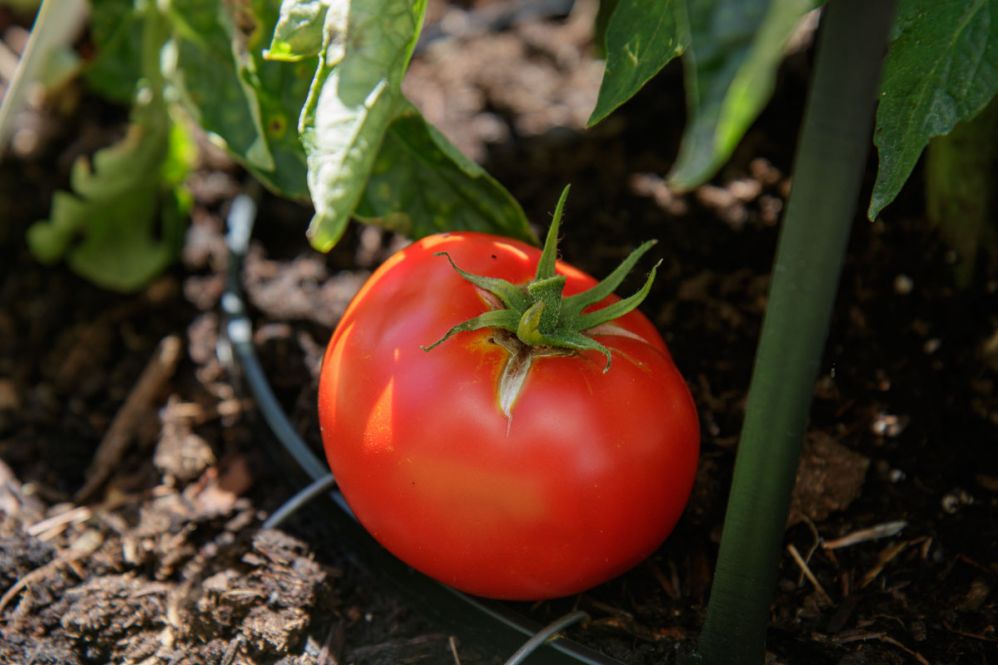 To recap, last month I was obsessed with Resistance and Time, beset by feelings of slowness and wishing I was more competent. This month, the feeling has finally passed because (1) I got some hard stuff done for work and (2) I have a new way of thinking about Time that I’m calling “TimeSpaces” (or something).

I’ll get into that, the Living Room Cafe, and Tomatoes after the jump with a bunch of pictures. Details follow!

The Work in Review 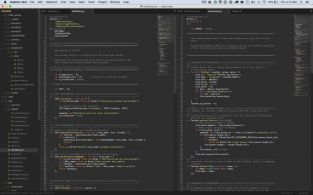 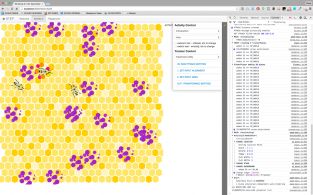 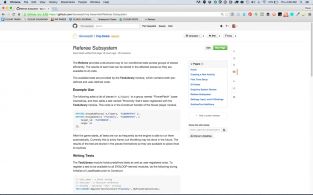 I’ve been working on the UCLA/Indiana University programming project for about two years now, and in the past month I made a kind of breakthrough: I need to code this thing the way I want to code it. I’ve been trying to be very efficient with my programming time, not spending too much time doing more investigation than seemed necessary, not over-implementing features that had not been requested. But you know what? Writing code in this manner is a sucky experience. For me to be amused and engaged, I need to be writing code that I think has some GUTS to it. This is particularly important because there aren’t any other coders to chat with, and good technical feedback doesn’t come often enough to replenish my motivation otherwise if at all.

So what I did was split the personal investigation work such that the exploratory stuff was is for my Project 1401 game framework, and the billable work is for specific feature implementation for the team. I am much happier about it now, which means I am more productive. It is starting to get a little more fun because I am not constantly wearing the yucky “minimum cost” management hat all the time now. I’m fortunate that the long-time partner company I’m working with is fine with it, so long as the work is completed in time; they’re more concerned that I’m OK with it.

On the side I’ve been writing an essay about Time and how I feel about it. A key observation I had made a while ago was that I think about Time in a negative way: Projects take too long! Learning takes too long! Time and effort stand in the way of everything! Why am I so slow?

I haven’t been able to finish the essay yet, but I’ve come to a conclusion that (1) everything takes time, duh and (2) there is an appropriate expectation to have for every activity as far as time is concerned. It’s like each activity has a bubble of TimeSpace that runs at a different rate than other activities. For example, when I’m surfing the Internet researching something, I’m getting dozens of new inputs every minute and time seems to be productively used. Time runs really fast, or rather that time BETWEEN significant events flows very quickly with little effort. By comparison, time flows much differently when doing something “offline”: cleaning the living room, mailing a package, going to the supermarket, watering the tomatoes, etc.

I think my mistake has been to use the SAME timescale/timespace for every activity, and so everything that happens in the “real” world seems to move very slowly because my baselines for measurement is Internet Surfing Time and Dave Imaginative Thinking Time. These clocks run 100x faster than Clean The Cat Litterbox, Flatten and Gather Boxes to take to the Recycling Dumpster, and Cook a Real Meal time. My rule now is to give each activity its own TimeSpace, with its own rate of events, and not mix my expectations from a high-speed TimeSpace with that of a low-speed one. It seems to be helping. 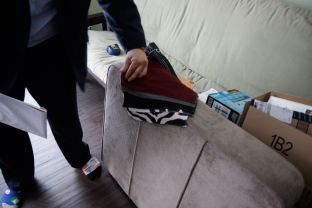 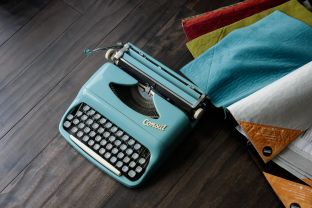 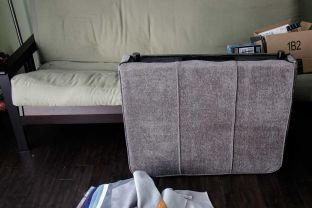 For the Living Room Cafe project, I finally decided on a couch! Or rather, an expensive furniture system from Love Sac called “Sactionals.” I’ve been down to the local Love Sac store every weekend to look at them, and during their 20 Year Anniversary Sale decided to bite the bullet (15% off). While I was trying to decide on the cheapest upholstery option, armed with my floor samples and paint chips, the store manager said, “Why don’t I just bring two of these arms up to your house and we can look at them in the actual light right now? I’ve got time” and I was like, “Wow! Ok!”

I had originally thought that their “Core Fabric Beige” (AKA “cheapest option”) would be ok, though another salesperson had suggested the Herringbone. The Herringbone, I thought, looked too coarse and too busy for what I had in mind. Since it turned out that the 5 series Sactionals were now all custom orders, we busted out all the fabrics and looks at them in the light. My mechanical typewriter, which was a lovely blue and gray, was an inspiration for a possible color scheme for the couches, and we were almost going to go with it until we remembered we hadn’t looked at the Herringbone in the light. So we dragged it out to do due diligence, and it turns out that it was indeed the best-looking option. We stared at it in silence, then admitted, “You know, that really does look really good.”

And so…Herringbone it is! It even goes with the cats; cat hair just disappears into it. I ordered two arm chairs, which can also be made into two armless sidechairs, an armless love seat, a long recliner, etc. The reconfigurability and ease of taking them apart is a critical feature for the Living Room Cafe. It’s lifetime-guaranteed furniture that’s built to take a beating, so I’m thinking maybe it’s not a HUGE MISTAKE. Fingers crossed. 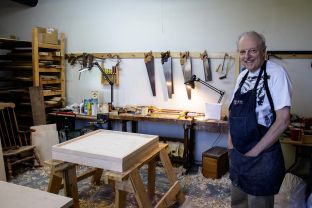 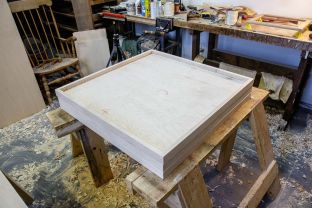 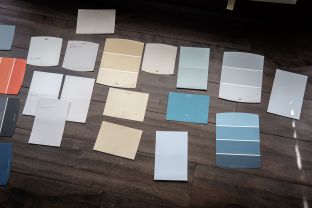 The next key color, as far as the Living Room Cafe goes, comes from the cafe tables. They are all done, and just need staining now. The woodworker, a retired VP from an aerospace engineering company, is making four 32×32″ table tops with hand tools (no power tools in his shop) to go with my 22″ commercial table bases. I need to get to a drill press to seat some 1/4-20 inserts and bolts into another piece of wood that will be glued-and-screwed into the tables. Darold, the woodworker, tells me that buying a drill press is a fine thing. Optionally, I can look into the local Makerspace, which might be the better thing to do.

The tables will be stained to match my dining room chairs, which are a kind of orange-red. With that color set, the wall colors now start to become clear.

I’m thinking of something now that’s a cool bluish gray, fairly neutral so I can put artwork from local friends up on the walls of my fake coffee shop gallery. I may designate another wall as a brighter color. I’m pretty confident that the floor, the dining room chairs, and the tables will set a harmonious tone. I may wait a bit more before I pick the color. 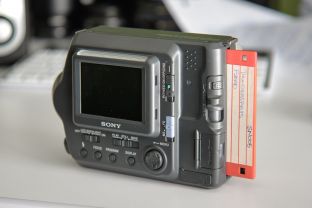 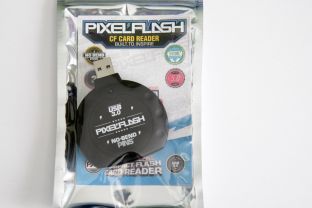 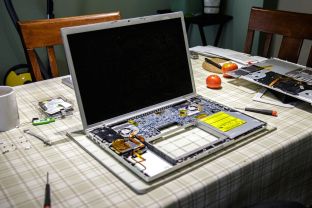 In the world of Photography, I got excited about those old floppy disk cameras from the late 90s/early 00s. This is a Sony Mavica FD200 that I won off of eBay for $1.04 + $14 insured priority shipping. It was apparently a camera that had sat in a department store shelf for a very long time, so the camera is pristine. It actually can save images on a 3.5″ high-density floppy disk, up to four pictures per disk when shooting in its highest resolution mode of 1600×1200 pixels. AWESOME. You can hear the disk spin up and feel the disk drive head go chunk-chunk-chunk as it writes out tracks of data. It’s kind of hard to find floppy disks these days, but I was able to buy 30 still-wrapped Sony floppies for about $11.00, along with some old Avery 3.5″ floppy disk labels for printing. I’m not sure what I’m going to do with this, but I’m thinking it would be fun to make some kind of weird art project statement about dead media technologies.

I also bought a new CompactFlash card reader; the PixelFlash USB3 Compact Flash reader is really convenient to have when copying CompactFlash digital media to my computer. I gave my old one to Dad since I had another reader, and immediately missed it. Fortunately the prices has come down on the PixelFlash readers; they were out of production for a while and difficult to find.

I also got an SSD drive for my old Macbook Pro 17, and spent almost an entire day trying to get it to install properly. I have the instructions written up for another article to save people some time. The new SSD does make the old MBP usable again…it is otherwise quite slow by modern standards, surprisingly so. How did I ever put up with it? A nice thing about the SSD is that I don’t have to worry about jostling the computer if I’m writing on the road; the old mechanical hard drives are susceptible still to failure if they’re bumped hard (I’d lost my previous hard drive to an over-excited puppy). The 17″ laptop might be my new coffee shop writing machine, as it’s nice and wide and fits on my lap really well. 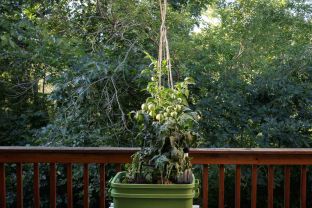 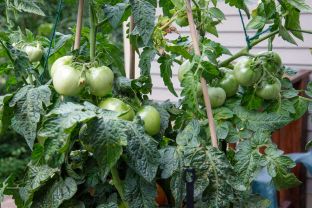 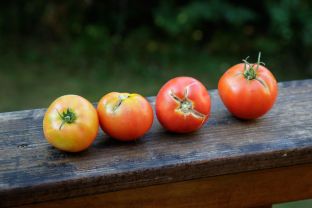 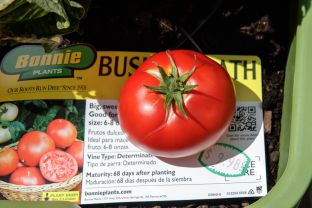 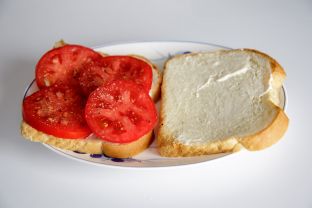 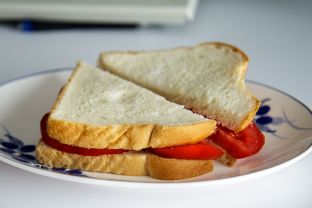 Lastly, the Tomato Planter V3 design has KICKED ASS this summer. Since planting the tomatoes in mid-June some 50 days ago, do you know how many times I’ve had to refill the reservoir? THREE TIMES. True, we also had a lot of rain in July, but overall I’m really pleased with the water efficiency of the planter. It does what it’s supposed to do: keep the plant alive without over-watering it. I may cut down on the number of capillary wicks next year by half when I build a second planter, further controlling the problem of fruit that grows too fast and bursts their skin.

Alas, I did get hit with a new tomato disease. The first year I lucked out. The second year I got some kind of weird blight. This year I got a tomato fungus (actually, it might be the same one) and a bunch of black flies. The black flies went away when I removed the moisture-retaining lid. I didn’t spray the plant when the mold first appeared, not recognizing it early enough. Next year I’ll be ready for it.

The month of September will be largely getting the UCLA/IU project done before I fly to Taiwan for a family visit. This is going to be kind of a big deal, me learning how to re-engage with a culture I am not very familiar with, and I’m a bit nervous about it. I also need to get moving on ETP Planners, which have stalled due to me being preoccupied with the UCLA/IU work, and get a bunch of household maintenance items taken care of before I go. It’s going to be VERY BUSY. Hopefully I will maintain positive spirits. Ooof.