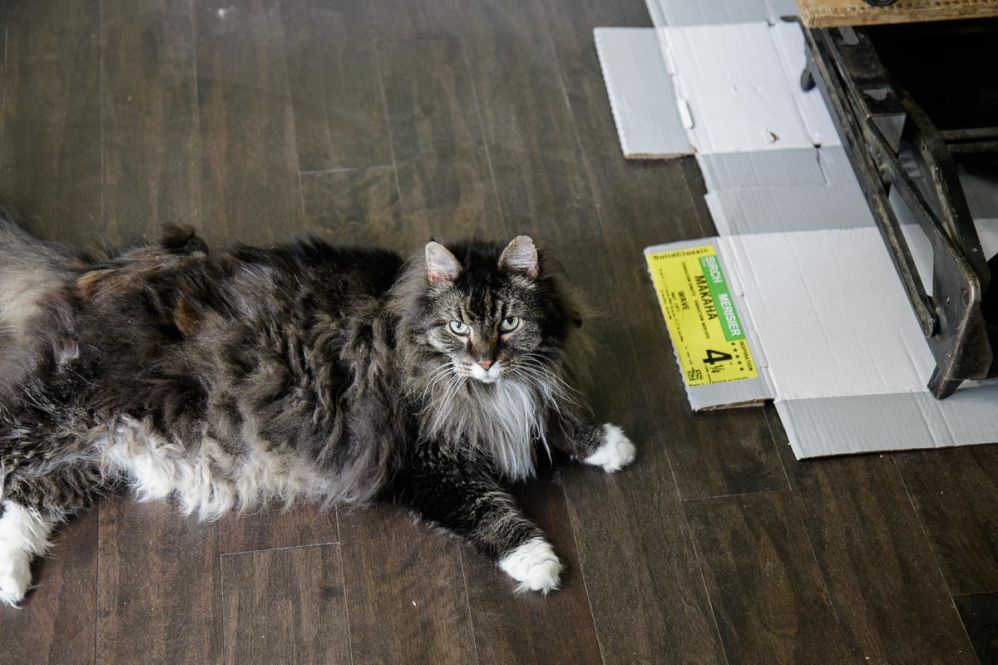 A new month, and a new review! The major accomplishment this month was the successful installation of a new hardwood floor, replacing the 25 year-old carpet in my condominium living room/office. Read on for the complete report!

In last month’s Groundhog Day Resolutions Review, I enthused about my dabbling in structured procrastination, an approach to being productive popularized by John Perry that happens to fit quite well with my own proclivities to work on whatever happens to catch my attention when facing a multitude of possible projects to work on. It’s another way of feeling better about what you’re doing, and in that sense it’s weirdly similar to the ultimate goal of David Allen’s Getting Things Done (GTD) philosophy: “Relax”. The GTD system is designed to provide relaxation by providing a methodical approach to keeping track of everything you need to remember and do, and when diligently followed it’s a genius process. Being somewhat more lazy, I find John Perry’s approach more amenable; I think of it as Keeping Doing Stuff and Let God Sort Out the Rest. Less tracking and less worry equals something quite similar to relaxation, though arguably it is the procrastinator-practitioner (me!) that reaps that reward rather than the team as a whole. Your mileage may vary.

That said, the month of June was to be one where I exercised purposeful execution of tasks that I felt I should be doing, exercising my executive functions because sometimes you just have to do what you’re supposed to do for the good of the team. As I wrote last month, I had set up so “should do” tasks, which I will repeat here:

At the time I had made that list, I wasn’t aware that my father was interested in visiting me in June instead of July/August, so I’ve had to rearrange my plans quite a bit. The report follows.

While I’d hoped to put a lot more effort into the stationery business, my paying project work, and the related video game project, my priorities were shifted by two major events: the unexpectedly swift arrival of the hardwood flooring I had selected for the Living Room Cafe Project, and the unexpectedly-swift-but-welcome visit by my 86-yo father from Taiwan.

In the first week of June I finalized my selection and scraped up the money to put down the material cost down payment. Since it’s a busy time of year, I was ready to wait for 2-4 weeks until the wood came in, after which the installation would be scheduled and there would be another 2-4 week wait. I figured I had at least a month. Nope. The wood came in almost right away, and the installation was available in the following two weeks after it had a chance to sit in my living room for a week to acclimatize. Great!

In the meantime, in a family-wide email I had detailed everything major that was on my mind, and soon afterwards Dad inquired if it would be a good time to visit. “Sure!” I said, as I always enjoy Dad’s visits. Since I was planning on visiting Taiwan later this year, I figured he might come up in the fall and then we could fly over together around September, but Dad booked a flight about two weeks later and arrived on June 18th, overlapping the floor installation.

This confluence of events created a number of dependencies that I had not considered. When Dad is visiting, my sister’s family comes and stays with us during the weekends. With Dad visiting, the guest room they usually stay in is occupied, which means that I have to use my room as a guest room and sleep on a couch downstairs. However, I also had to completely pack-up the living room, dining room, and my office so the floor installation could proceed, and somehow find the space to PUT all that stuff. That meant I had to also clean up the basement to make room for about 8 shelves worth of books (20+ boxes), the shelves themselves, the dining room table, and the futon couch that I would have used as a bed.

I’m not sure how it happened, but it all got done. There was one weekend that my sister couldn’t come visit because there was no place for them to stay, but other than that it went pretty smoothly. I just had to move my living room, dining room, and office twice in the span of two weeks up a flight of stairs. As a result, I didn’t get all that much done in actual work, but this is the result: 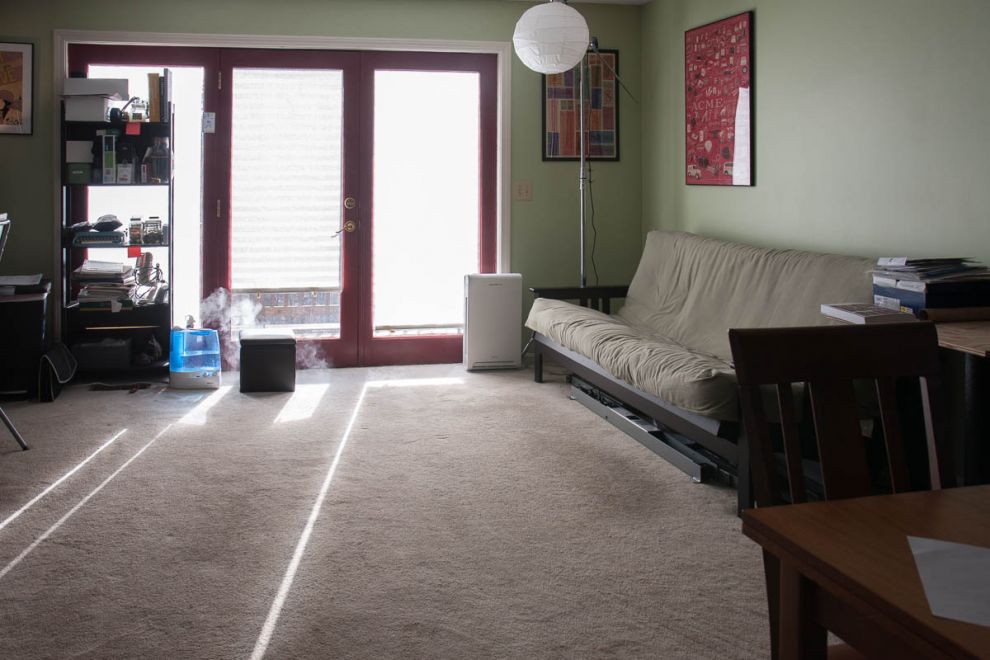 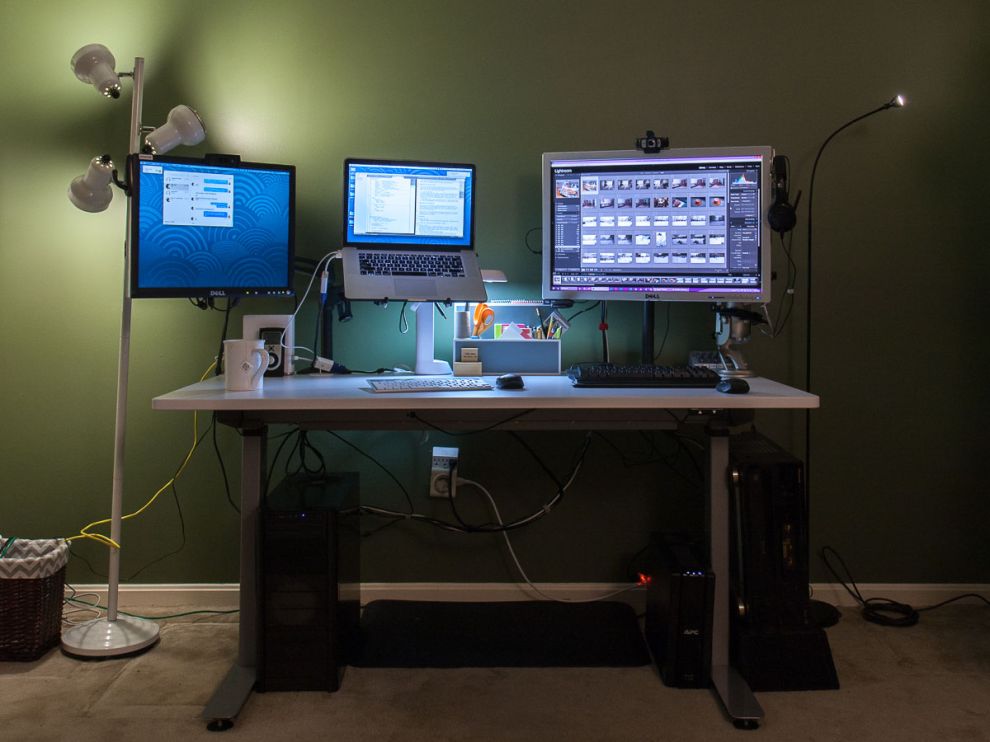 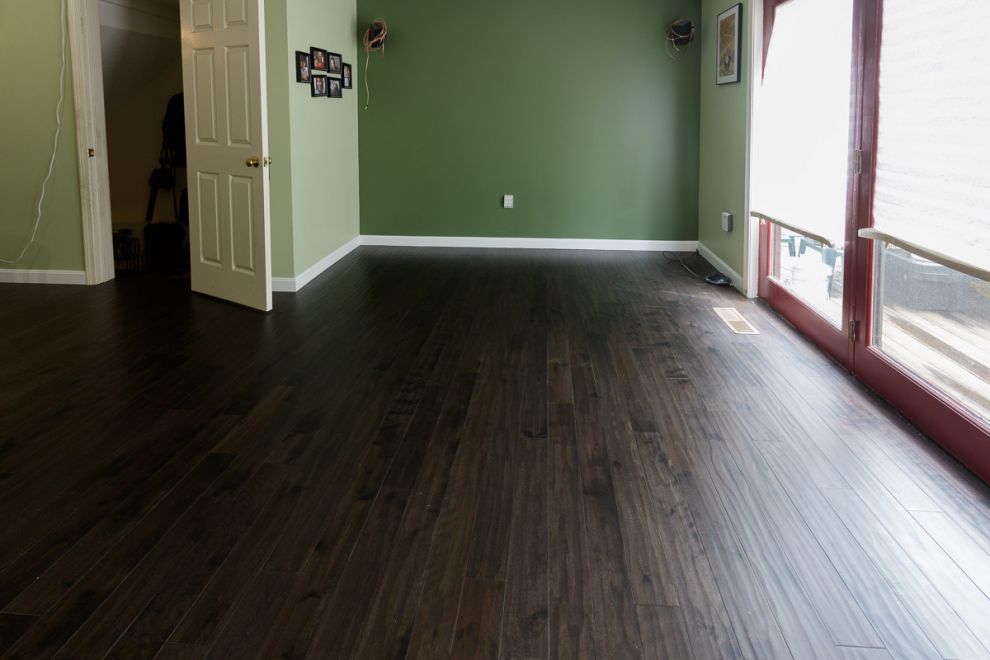 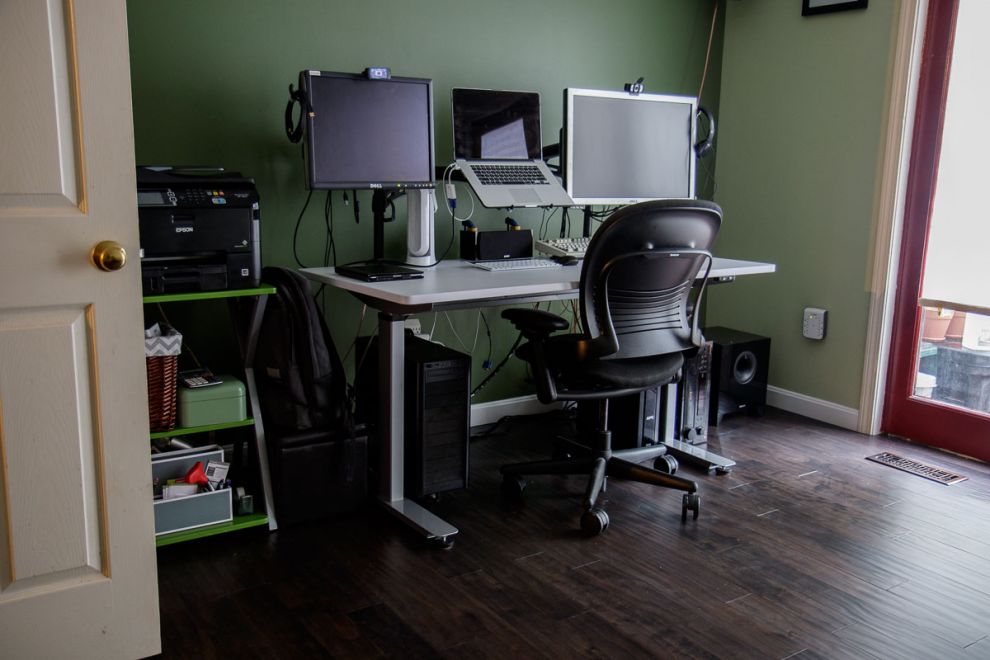 I think this is a major milestone. The next step, which I’ve already initiated, is to talk to a local woodworker about having four tabletops made. At that point, the Living Room Cafe would be technically “ready to open”, creating new opportunities for coworking.

Dad’s visit is the priority, of course. We haven’t been doing anything very active, as Dad is still recovering somewhat from his back surgery several months ago, but he’s been spending a lot of time tinkering with the cello, showing me how to eat sunflower seeds properly, and cooking up all kinds of vegetables so we can eat healthy. I’ve been observing his observations too:

Things that Dad Approves Of

There are a few more that slip my mind, but in general I think he’s enjoying seeing what I’ve been up to. He really likes the floor too, which is great, and also he got to see version 3 of my tomato planter come together: 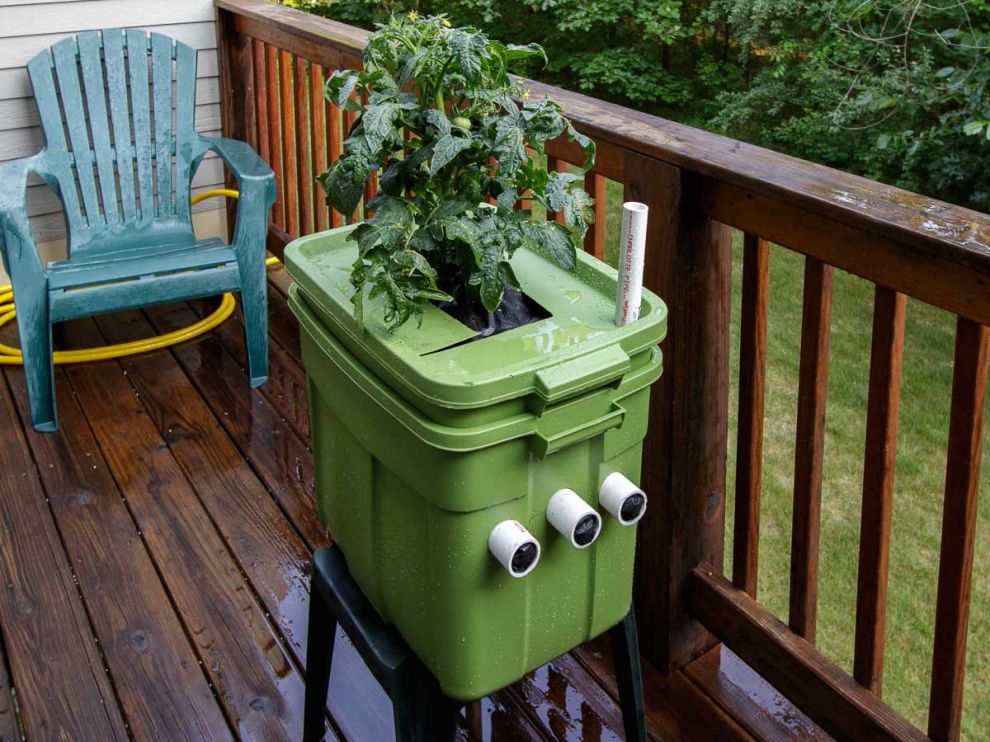 I’m planning to write this up in more detail, but I think Dad was entertained watching me build this thing. It’s not like anything he had seen before in his many years of growing plants (he’s quite skilled at it), so it took him a while to grasp what I was doing. We went to the garden center together and picked out a tomato plant to put into it, and he carried it in his lap as we drove home. Watching him gently carry the plant, I had a sense of what it might be like to see Dad with a grandson, and I felt a little domestic pang of something resembling regret at not starting a family. So Dad has to settle for bonding with my cats, which he is surprisingly adept at: 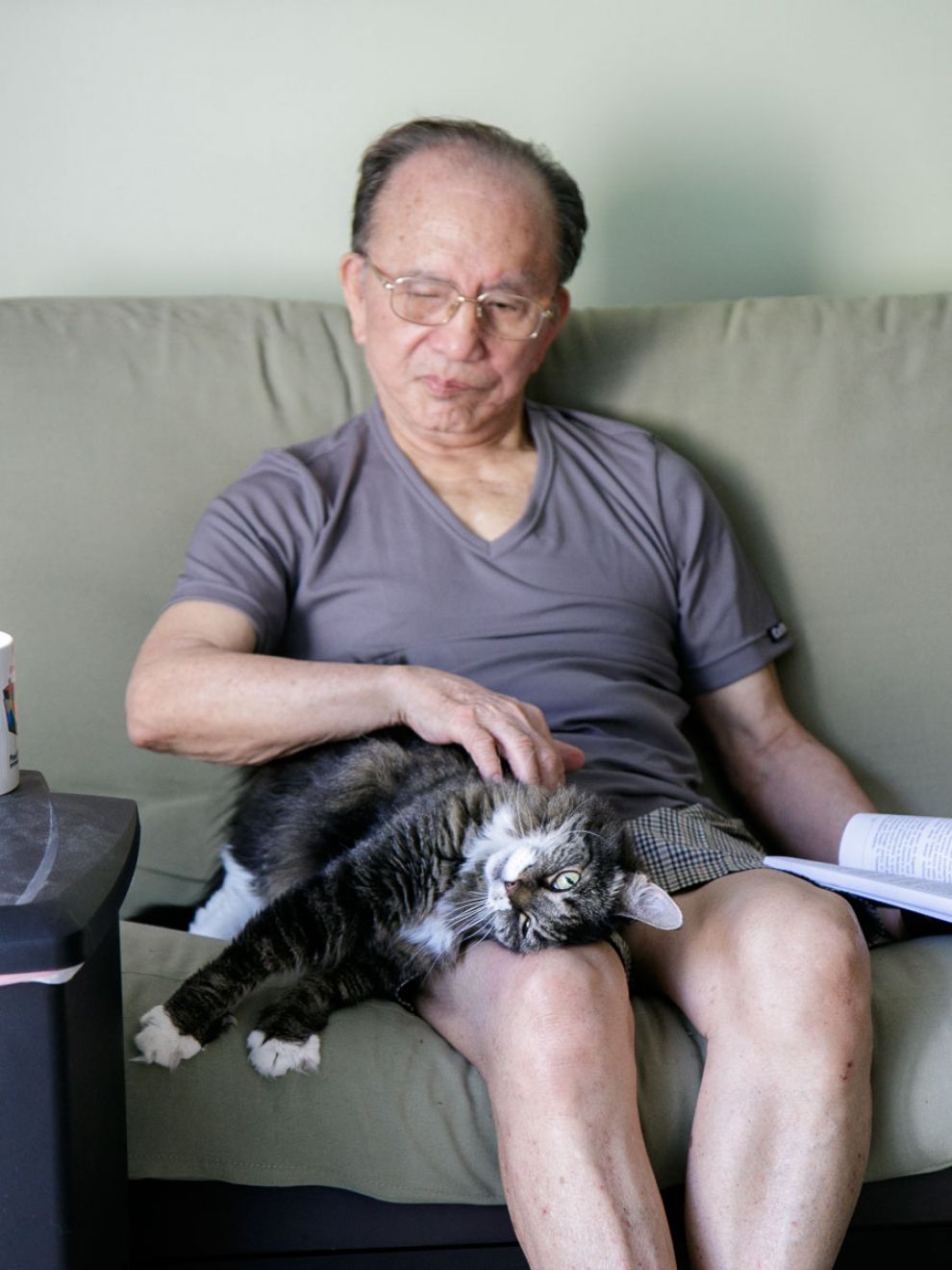 That’s Kate, the skittish cat that rarely lets people approach her, let alone SEE her. She’s taken a shine to Dad, apparently. I’ve never seen her do that to anyone else other than me. Of course, she scratched at Dad when he moved too quickly getting out of the couch, but still…amazing!

Dad will be here for another couple of weeks, and then it’s back to the old routine. Now that the floor is done and I’m adjusted to the new routine with Dad, I am planning on refocusing on the paying work. I think I need to break myself of the belief that I need huge blocks of time to jump into programming work, or come up with some way to be more productive at it. I think a lot of my resistance to it may be psychological; I dislike programming in a vacuum without anyone to talk to, as it feels like I’m locked-up in a box. However, because of the increased socialization I’ve been doing online, I’m feeling like it’s less of a trap.

In the Groundhog Day Resolution Review scheme, July is something of an optional goals month, since Summer has a habit of derailing my desire to work on self improvement. I’m going to take a middle-of-the-road approach and maintain focus on family and projects, but not fret too much about it.

So that’s the plan! See you on August 8!

Here are other posts about Groundhog Day Resolutions for the 2015 season.
Share this article:
Tags:GHDR, Habits, LivingRoomCafe