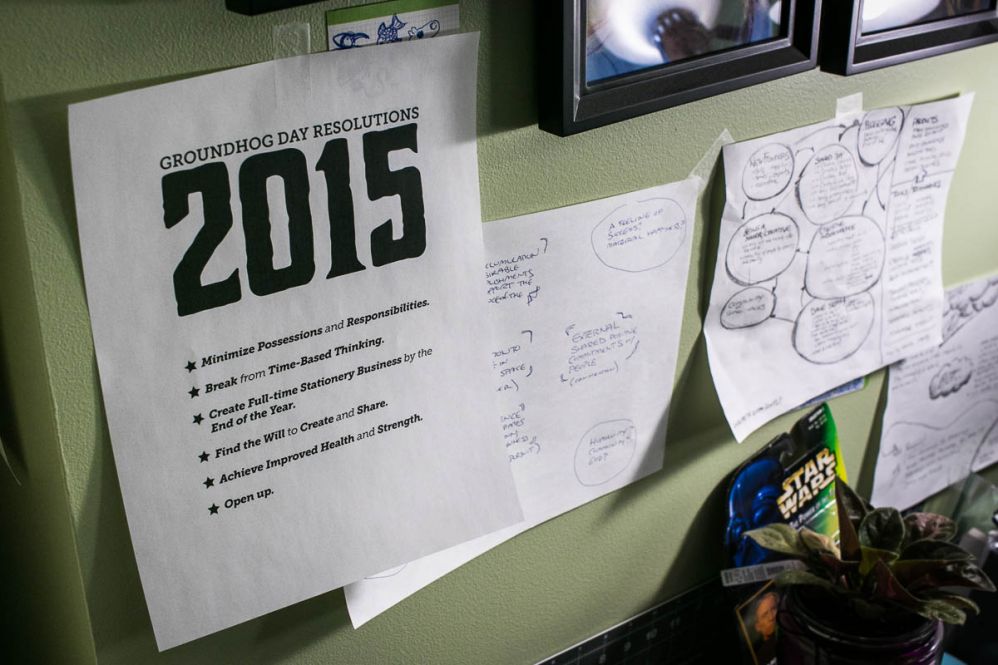 My third Groundhog Day Resolutions report for 2015 is that I’ve been awfully unproductive. In fact, I think I’m in a productivity slump that is characterized not by the ability to focus, but by a lack of DESIRE to focus. It’s been quite puzzling and annoying, but I have a few new insights that might pay off this time. Such is the nature of doing something new: you gotta keep trying different approaches until something clicks. The short version is that I’m going to try something I’m calling emergent productivity, which might be what I’ve been doing all along with my creative work. Read the full report for the gruesome details.

My work hiatus comes to a close today, with a new project starting up that will last through the end of the summer. I have tried to use my downtime to work on “responsible” projects related to my goals, but damn has it been difficult.

My only memory of the past month has been that I have been a slug. Looking through my email, blog, Twitter feed, and status updates, I can reconstruct what I got done. You can skip the two summaries and get right to the assessment if you like. 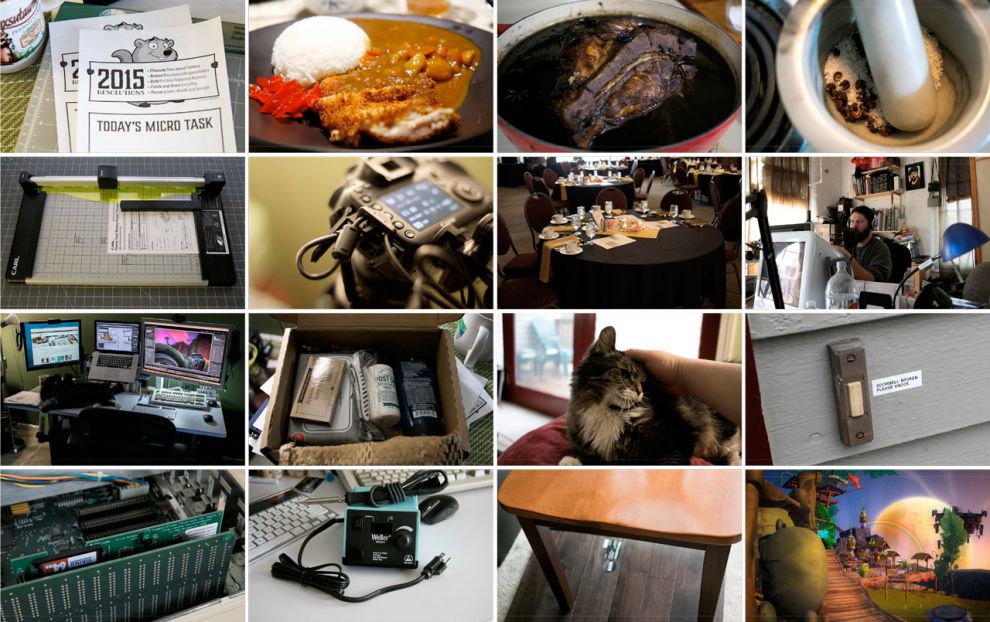 While it looks like I got stuff done, I know there were many long days where I just didn’t do anything goal-oriented. I’ve been restless. My sleeping schedule was completely messed up and unpredictable. Interestingly these feelings arose when I was focusing on forcing myself to do the work. It tended to go away when I did something that I wasn’t really “supposed” to do. I would say that my procrastinatory projects were performed with a pretty decent level of engagement and quality; even the food failures were instructive. That said, there’s one unavoidable truth: I haven’t made progress on my tangible goals, which makes me question how serious I am about them.

I have theorized that since no one is MAKING me do the work, I probably need to find some external source of motivation. It’s disappointing that I apparently lack the will to do my own projects, but rather than think of this as an unfixable character flaw I’m going to float a new hypothesis: I’m just not as good at being a creative person as I thought. Ideation is no problem, but I lack creative methodology.

As I write that, though, something rings false. I actually have a lot of creative methodology, but my attitude toward selecting what to do without expectation sucks. The very moment I think about expectations, I am distracted and lost. I can’t afford to worry about such irrelevancies as speed and expectation when I am doing something new. Creating a video game from scratch is, despite my accumulated years of knowledge about the subject, is actually new; it’s the first game I’m making all by myself. Likewise, creating a paper business from scratch is also new to me, even though I’ve figured out a lot of the creative and production aspects.

So there’s two things to do.

You know, “emergent” is just another way of “seeing what happens”, which is something that I like to do. Now that I think about it, it’s not the “doing” of projects that I like as much as the “seeing what happens” part. I find doing projects boring, the necessary reduction of a cool idea to practice. I’ve been focusing on the “forcing myself to do projects” part, firmly believing that an idea is ultimately worth nothing if it isn’t acted on and brought to life. I’m not content to let someone else do the work either, because I’m also very particular about how an idea is expressed. And yet, it’s this work that I find so tedious.

So instead of focusing on doing the work, is there a way to use the emergent aspects of productivity to drive me forward? I think I might be on to something.

Yes, the AI project is still active, but now I get to do it for money instead of love this month. I’d also like to make progress on the Living Room Cafe (I have the on-site estimate scheduled for mid-May) and make progress on my notebook project.

Also, I shall try to mindfully practice this “break from time-based thinking” in the context of whatever “emergent productivity” might be. I sense strongly that it’s an approach that I’ve always ultimately followed when I’m being productive. The last time I felt it was when I was building that virtual fairgrounds, which took days. Every item placed spawned a creative decision or assessment, repeated thousands of times. It was actually similar to the feeling when I’m in the groove writing code.

I just remembered something called structured procrastination that I read about a few years ago; check out these words from philosopher John Perry (emphasis mine):

Procrastinators often follow exactly the wrong tack. They try to minimize their commitments, assuming that if they have only a few things to do, they will quit procrastinating and get them done. But this goes contrary to the basic nature of the procrastinator and destroys his most important source of motivation. The few tasks on his list will be by definition the most important, and the only way to avoid doing them will be to do nothing. This is a way to become a couch potato, not an effective human being.

Holy crap! That’s me! We’ll have to see what this and other insights bring in the month ahead.