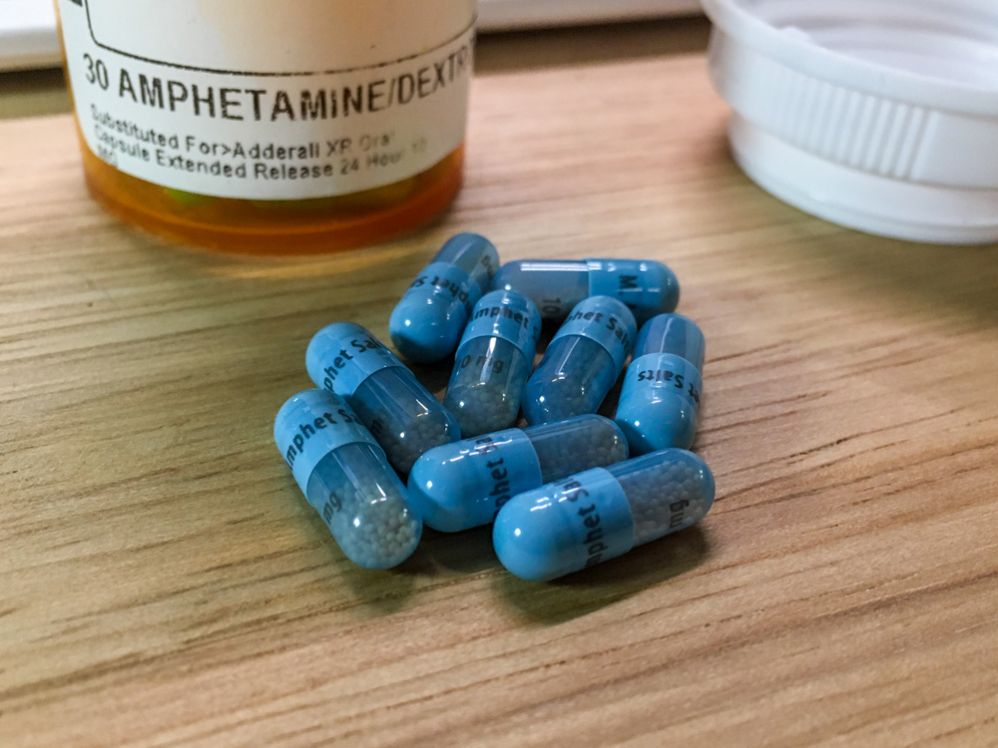 Hello! Here’s a follow up on this year’s Groundhog Day Resolutions, which I started this year by picking TRANSITIONS as this year’s theme. Briefly, the three areas of transition I am thinking of are:

Last week I finally had a formal evaluation for ADHD with a Board-Certified Psychiatric Mental Health Nurse Practitioner (PMHNP-BC) referred to me by my gender therapist of four years. I’ve been told several times over the years that the productivity tools I design AND the subjects I write about resonate with people who have ADHD, and I’ve suspected I might have the Inattentive form.

Being on the autistic spectrum was a new possibility that I’d never considered, but let’s roll with it and see where this goes!

Also, I received a trial prescription for Adderall, a drug that boosts levels of serotonin, norepinephrine, and dopamine.

The evaluation took 90 minutes over a telehealth session, during which Lisa (the PMHNP-BC) asked me about my education, childhood, and other prompts. At the end of the session Lisa noted that the sensory confusion and social awkwardness I described could fit the autistic pattern, though at a barely-detectable level.

After doing some preliminary review of what autism is like and talking with a few people in the DS Virtual Coworking Cafe, I compiled a list of my personal traits that might fit the autist pattern:

I hadn’t thought that these traits were particularly weird, and had attributed them to other things like:

I know very little about the range of autistic expression, so this was an interesting topic of inquiry as I started generic Adderall as a first treatment for ADHD-I. Would I experience a similar opening-up of my mind as I had with Bupropion?

The Adderall Experience after Five Days

Adderall is one of two types of drugs in the “first line of treatment” for ADHD, an amphetamine that boosts levels of serotonin, norepinephrine, and dopamine. Ritalin is a different kind of drug, a methylphenidate. It reportedly takes from 5-7 days to notice the first benefits as the body gets accustomed to the side effects. So far, I’ve only experience the side effect of having a pressure headache, and the more rare side effect of becoming very sleepy. What’s worse is that my focus has gotten worse as my thoughts seem to fade out rapidly, and it’s more difficult to form them in the first place. A couple hours after taking the morning dose of 10mg, I become so fatigued that I have to lie down for 2-3 hours. I start to feel better around 430PM, but this leaves very little time in the day to get work done. As a result, I am feeling rather behind in all my work after five days of this.

This got me thinking.

First, ADHD and Autism are apparently common comorbidities, and they both are linked to dopamine deficiency. Without dopamine, it’s difficult to be motivated to anything at all. Interestingly, many of my productivity tricks appear to be compensating for low dopamine levels:

Secondly, Autism was a surprise possible diagnosis. Maybe there are MORE SURPRISES lurking in the shadows? On Thursday evening I chased rabbits through the warrens of Wikipedia, reading about other diagnostic possibilities that shared traits with ADHD Inattentive Type and Autism and noted my gut feelings about them with respect to what I know about myself.

I think I am seeing four main lines of inquiry here, admittedly without the benefit of actual expertise in any of these areas:

As a layperson, perhaps my takeaway is that each of these factors are worth exploring. It may be that of the three, brain chemistry is actually not my primary barrier to being more productive and confident. I know it’s only been 5 days on generic Adderall, but it’s opposite effect on me so far has me wondering if there is more nuanced way to think about it.