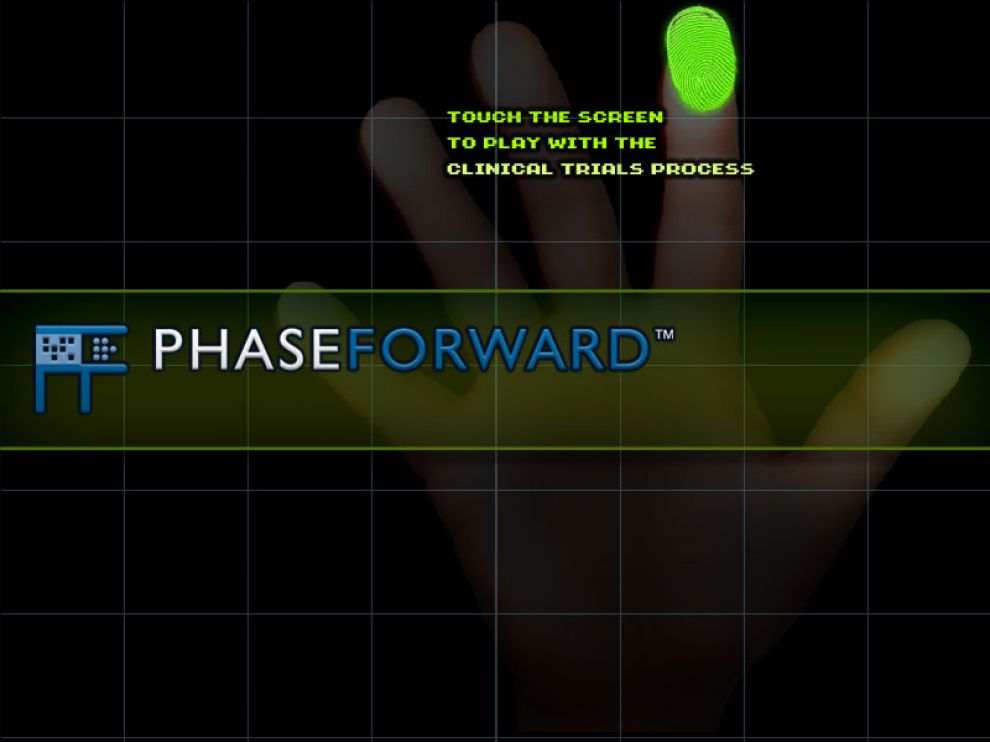 At Active Edge, we created this kiosk application in about a month, starting from concept to final delivery. We worked with Phase Forward’s Marketing department to understand the nature of “clinical trials”. Because of the trade show environment, we designed the game to mostly work as an ambient part of the overall booth, providing background movement and a “high tech” feel. The interactivity is very limited, designed to quickly move into attract mode if no user input is detected. 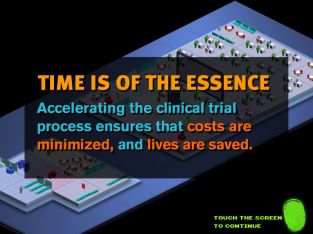 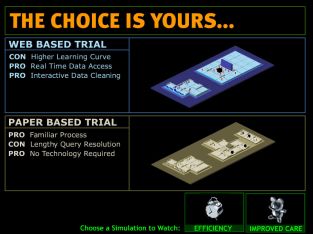 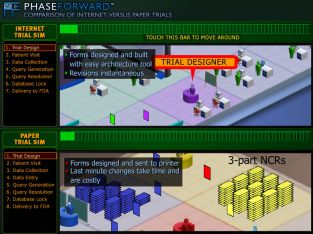 We used a two-person team. I was the producer, architect, integrator, working with a colleague at Active Edge who created the 3D look. The Flash engine was very basic, consisting of a shell that could load two completely independent animated SWF files. 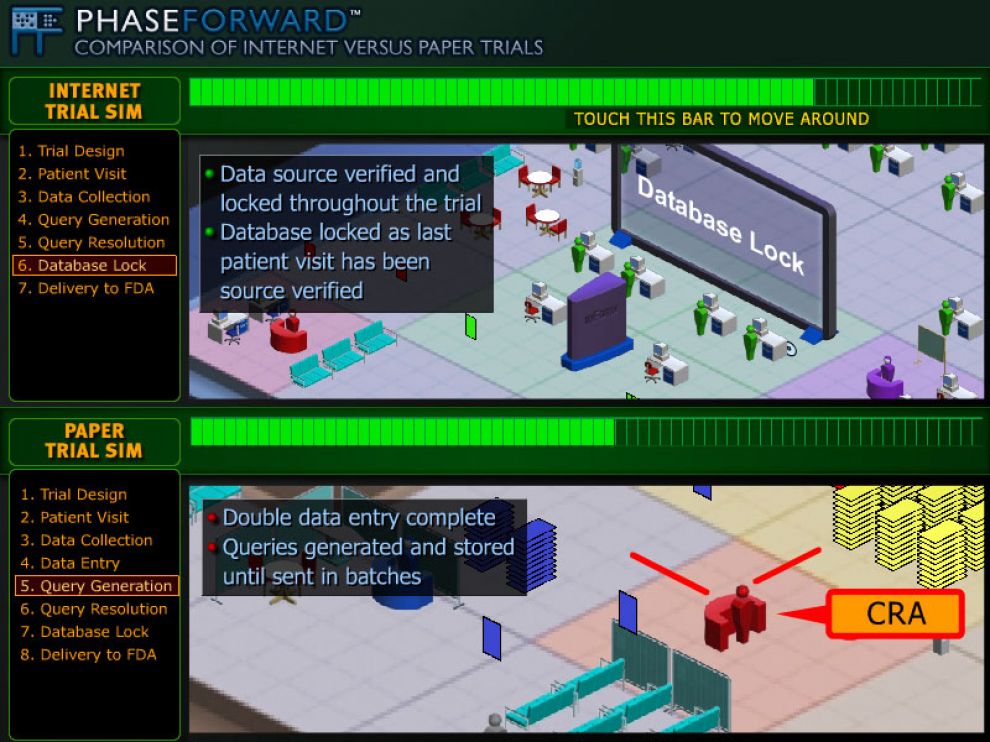