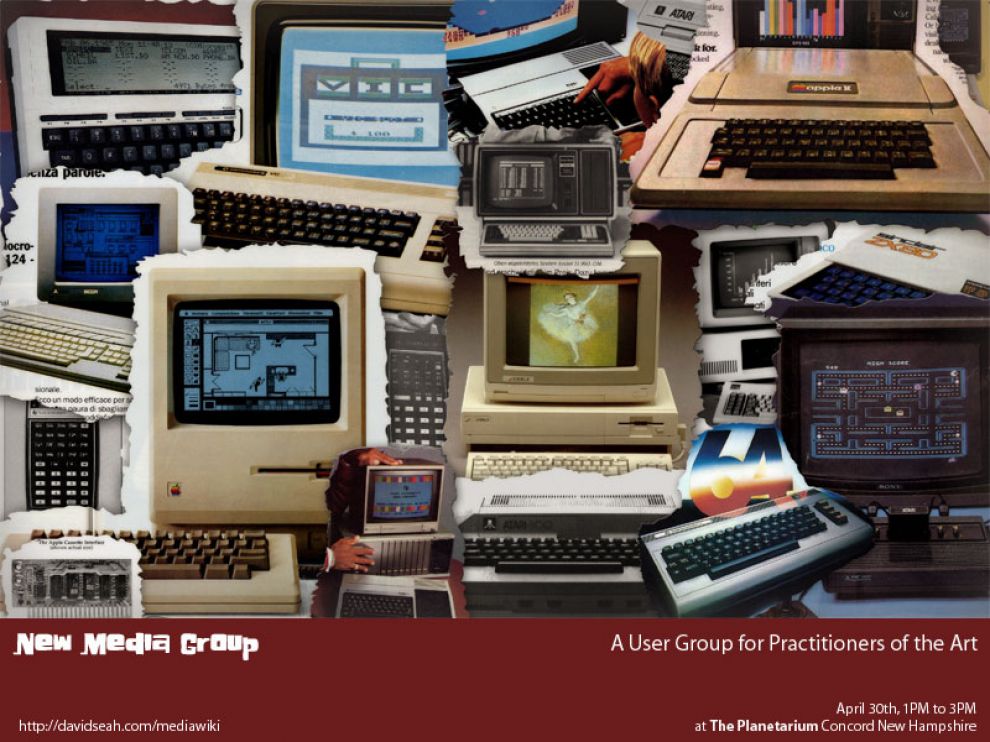 We’re having our first meeting this Saturday, so I figure we need a poster.

Originally I was going to make a stylized line halftoned version of some ancient computer, but apparently I no longer have that plugin, nor do I have a Postscript printer that I can manually set a screen on. Oh well. I grabbed a bunch of old advertisement scans from the Internet (particularly 1000bit.net, which has many awesome scans of old computer advertising) and made a collage instead. I need to get some old copies of Byte magazine from that era so I can have my own collection.

The caption originally was something like, “I remember why”, to describe some ineffable draw that all these old microcomputers had on me back in the day, when everything was new and full of possibility. I picked computers that I felt were particularly relevant to today’s New Media scene. Today, all those machines combined have less computing power than a modern cell phone.

Typography has never been my strong suit, so I’ll continue to play with it. I have a higher-res source that I’ll take to Kinko’s after getting some feedback.