The Museum of Science Bird Hall focuses not just on a lot of stuffed birds, but on bird language. A careful observer can tell a lot about what’s going on by identifying the behavior of birds. The two interactives are designed to demonstrate this through illustration and example. They were designed at Interactive Factory with the Museum of Science’s exhibit designers.

Both interactives were created at Interactive Factory, primarily using PC Director 8.5 for deployment on dedicated PowerMac 700MHz G4s, back in 2001. An interesting challenge was that the kiosks were designed without keyboards or mice, relying solely on arcade-style pushbuttons. I did the programming with some graphics for each interactive. 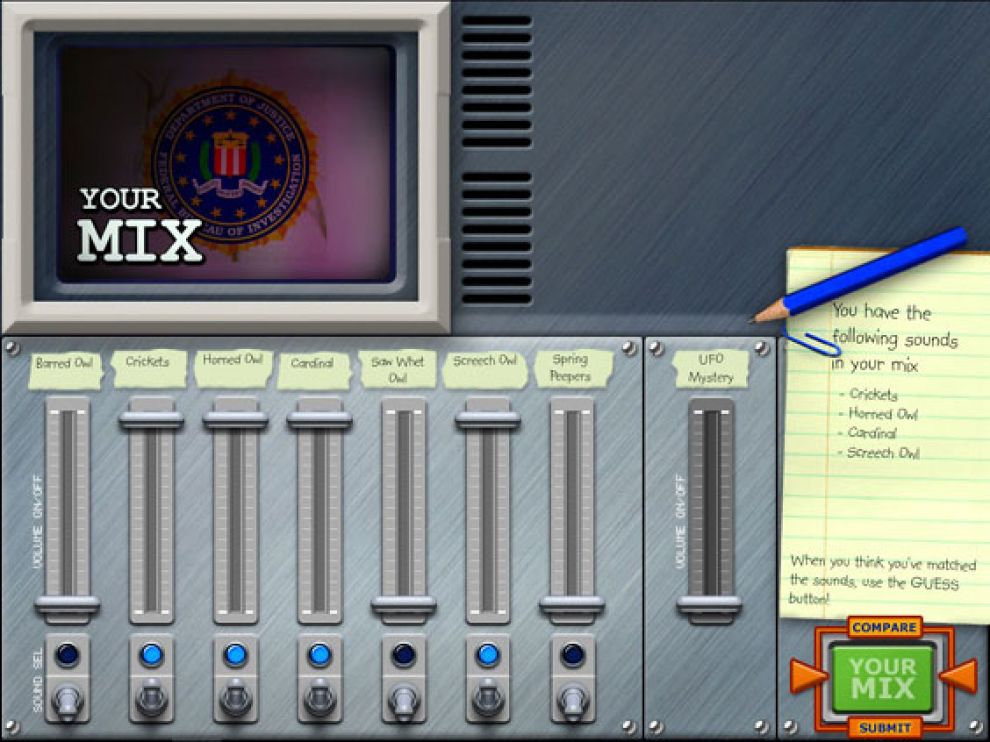 The idea behind this interactive is to solve a series of mysteries through auditory cues. The kiosk itself resembles the back of an equipment van, stacked with all kind of audio equipment. The interactive resembles a mixing board that allows users to selectively add and subtract sounds to match audio heard in a recording. 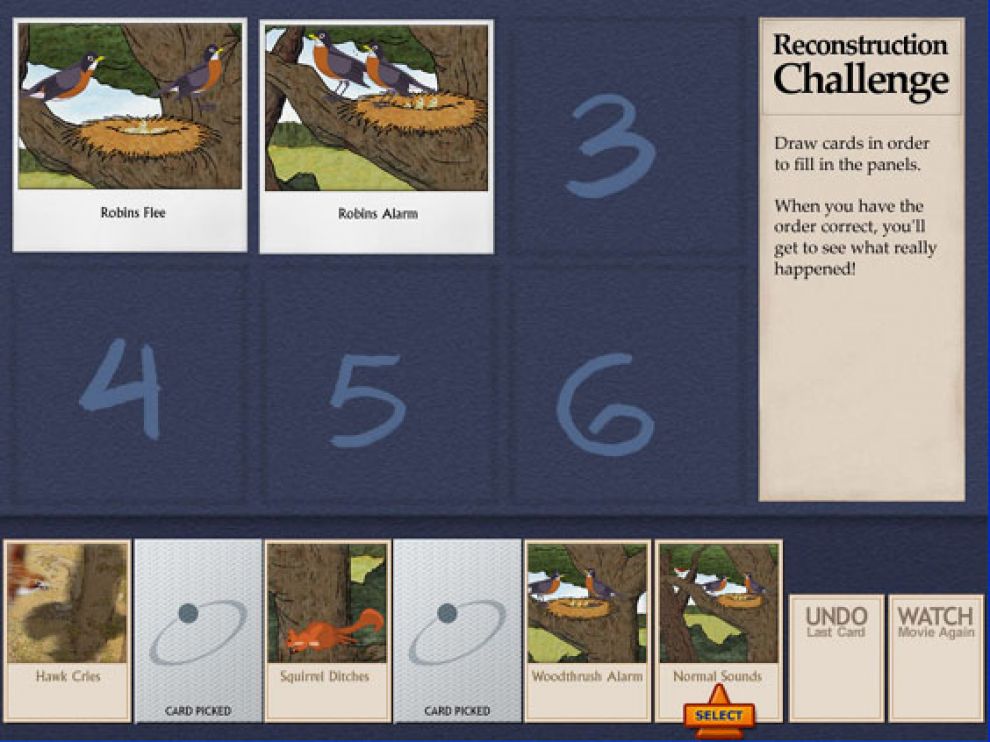 There are three different mini-games in this interactive, based around events that take place in Acadia National Park up in Maine. Like the FBI Mystery, the emphasis is on teaching bird language. This screenshot shows the “reconstruct the events” mini-game.