Behind the Scenes at the Illinois Holocaust Museum & Education Center 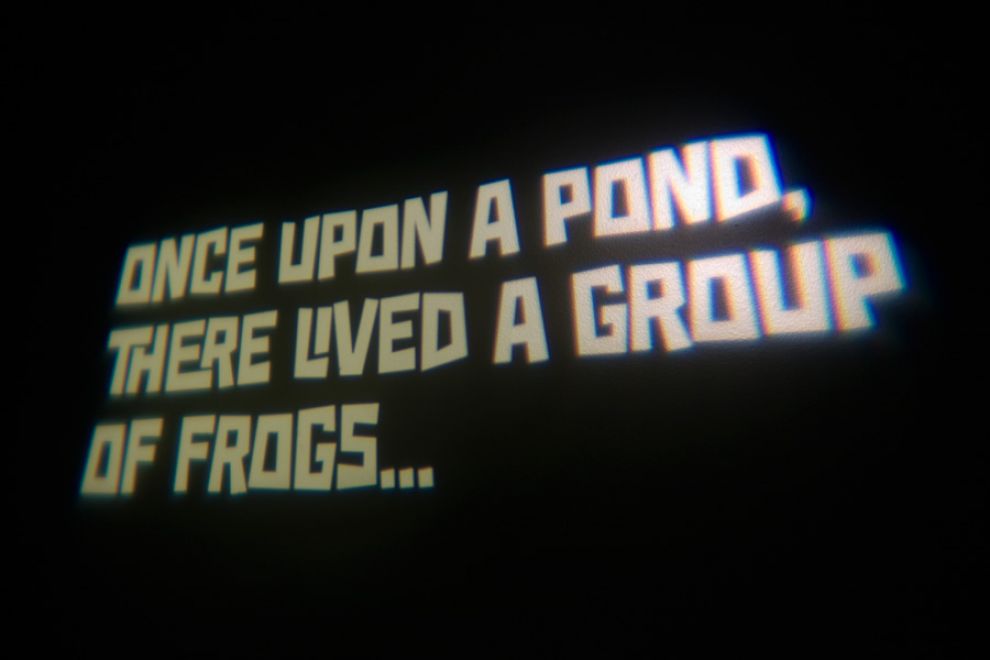 It’s Media Sneak Peek Day at the Illinois Holocaust Museum and Education Center (IHMEC), an international world-class Holocaust museum located near Chicago in the suburb of Skokie. I’ve been part of the interactive development team with my buddies at Inquirium, a creative applications and learning sciences design company, for the past two years. Today is the first public look at the work we’ve done on Take A Stand, an open-play interactive environment that looks something like this: 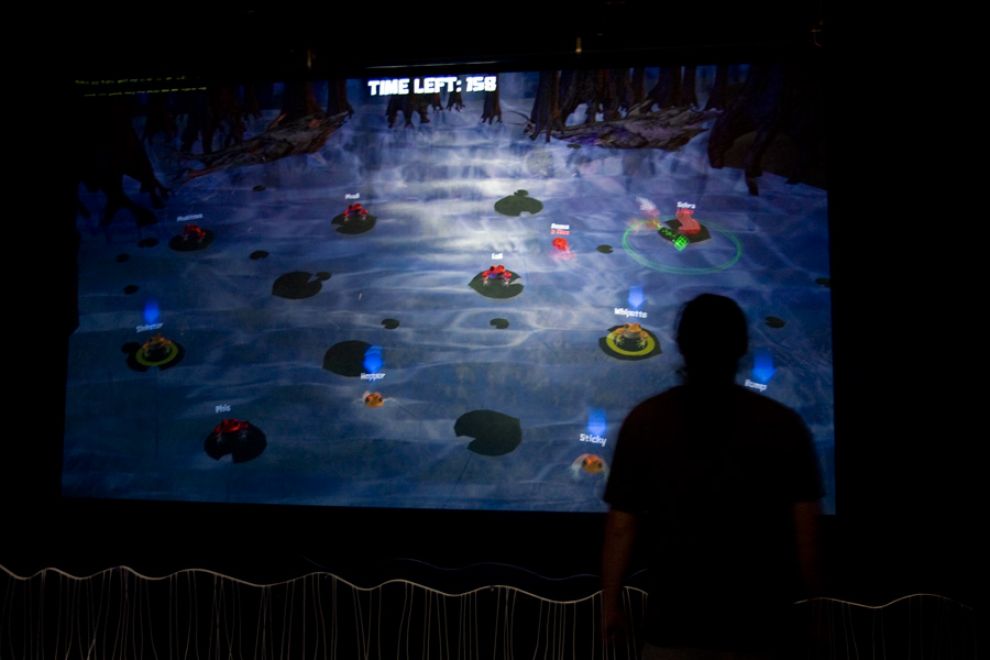 I wrote about Take A Stand (TAS) when we were first defining our technology approach nearly two years ago. It’s part of The Miller Family Youth Exhibition, which is targeted at children ages 8-11. The overall youth space was designed to present some of the universal lessons imparted to us by Holocaust survivors; what was most important to them was that people learned that what you do now makes a difference. The YES space has multiple signs and interactive touch-screen kiosks that delivers this message. Our piece of it consists of a room that combines a motion-tracking system with a high-end PC running our custom software on a giant screen. The design of the system incorporates the lessons of the survivors with learning theory and open game play design; rather than spoon-feed morality, we’ve created a multi-player environment where kids can choose to mind their own business, help others, or be a bully. The interactive itself, compelling in its large-scale presentation and purposeful similarity to video games that children are already playing (the engine uses technology designed for XBox 360 indy developers), is designed to allow exploration that leads to reflection about what choices were made during play. Were you a bully? Did you just stand by and let things happen? The entire interactive experience, consisting of 3 minutes of play per cycle, is guided by docents (volunteer museum facilitators) who debrief groups of kids as they go through the game. It’s our hope that by providing this kind of guided observation, kids will make the connection between what they choose to do and their developing character.

We learned quite a bit about Microsoft’s XNA 2.0 Framework, which we chose for its relative maturity and availability of sample code. The XNA development environment is based on C#, which itself is based on the mature .NET framework. The choice of .NET was particularly important to us for rapid workflow while ensuring that we could keep a lid on the traditional problems with application development: memory management, stability, and ease of debugging. Although using C# and .NET meant that we were paying a penalty in performance, we estimated the loss to be about 10% over the more traditional C++ approach; we figured the peace of mind that we got from using C# was more than worth the slight decrease in speed. We also compensated by using the fastest video game PC we could spec; for an installation like this, we control the hardware platform so we don’t have to worry about writing software to work on a wide variety of machines. As a result, we’re hitting a solid 60FPS in our interactive, which is just awesome.

I’ll be writing more about the design process as I have time. We’ve got a few more exhibit tweaks to make before the gala opening on April 19, which will be featuring former president Bill Clinton and Elie Wiesel as speakers. We’ll be manning the Inquirium exhibit well into the night. It’s been a real pleasure and honor to be a part of the behind-the-scenes development for this museum, for projects that people really believe in. I must admit, though, that I’m looking forward to taking a rest after this is all over :-)