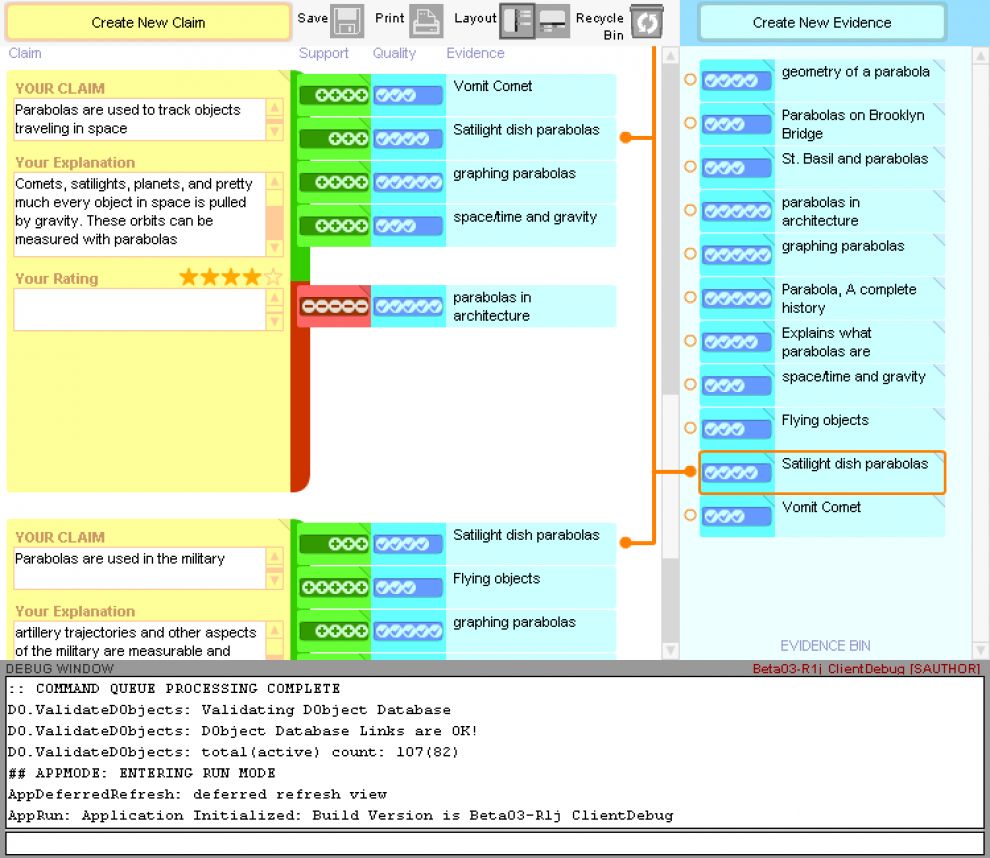 NOTE: Showing Evidence is the “official name” of Prove It. The following description was written prior to our official release:

Prove It is a project developed in Flash MX 2004, using ActionScript 2.0. It’s a pure scripted application: no graphics resources or animation, designed to launch from a web browser and communicate with a back-end server. It’s part of Intel’s Thinking Tools program, and hopefully we’ll see it online sometime in 2005. I was the primary architect of the code, defining the structure of the application and the bulk of its implementation. The key ideas and visual design behind Prove It are the work of Inquirium, an educational tools company based in Chicago, with whom I worked closely. 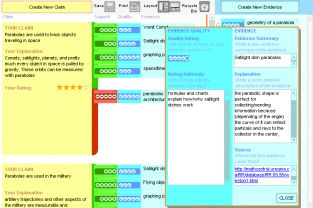 The basic idea behind Prove It is to visually represent the process of answering a question using rational means. There are three main entities: claims, which are hypothesis that are relevant to the question; evidence, which are the “facts”, and links, which support or undermine a particular claim. The Prove It workspace allows students to construct these entities and link them together in a visual fashion. Students can move, rank, reorder and comment on each of the entities, and then submit the work back to the server. It’s pretty neat.

This was my first major application written in Flash, and we started it in November 2003 just when MX 2004 was released. I was hugely relieved to finally have a reasonable language to work with: a modicum of type checking, a more streamlined java-like object oriented syntax, and even a rudimentary Project IDE. Plus, the improvements to unicode support and speed were a plus. What I still can’t figure out is why the MovieClip interfaces are still the mess they are…I spent a chunk of time writing wrappers for all of them to make the implementation a little cleaner, at some expense in speed, but it made it easier for Inquirium to work with the code and not have to deal with Flash’s idiosyncratic conventions.