I have a ratty folder of every spaceship drawing I’ve done since I was in the 5th grade. Star Wars had just come out, and every able-bodied young man in the building started drawing. We would meet during recess and discuss the latest additions to our armada. Most kids dropped out, but I found a couple of people who liked spaceships and we kept at it through the 10th grade.

You can see I always drew from the side…I could never grasp how to draw perspective. I’m still trying to figure that out. 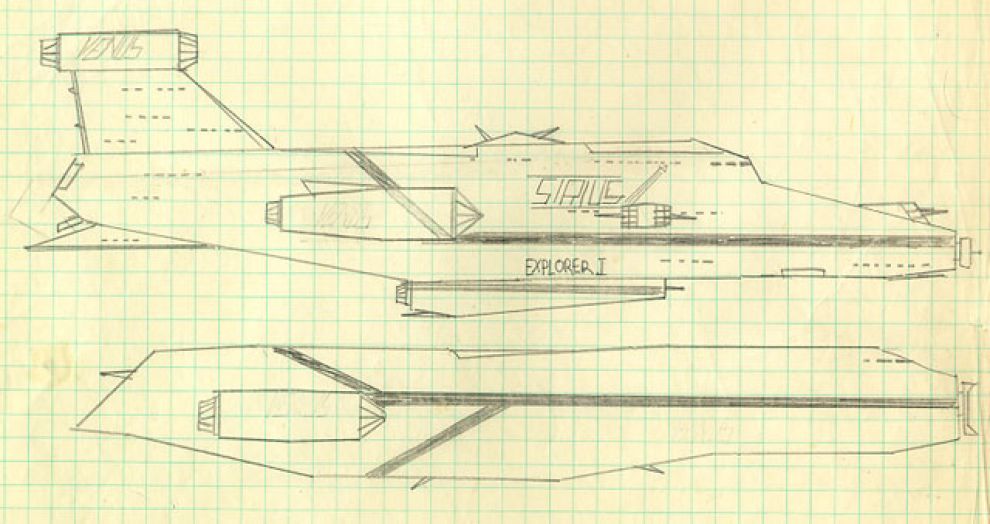 I drew my first spaceship for a 5th grade science project. We got to play futurist and imagine what things would be like in the future. I designed in great detail (for my 5th grade mind, anyway) a long-term space colonization vessel with a cool support dune buggy, after doing a lot of reading about space. I think Mrs. Nunnalee was highly amused.

This is the first fighter I ever drew, also around the 5th grade I believe. I think I showed this to Freddy Von Lohmann and Wade Chow, who were the reigning kings of spaceship design in the classroom. And so disappointed I was in the color, I only drew one more before sticking to black and white for the next 8 years. My drawings really sucked, but I kept at it. 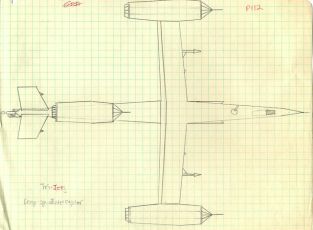 This series of ships shows me struggling with representing 3d form in a flat space. I used a small straight-edge in this period of time, and graph paper to try to maintain symmetry. The designs are based on my childish notions of “fast and cool” equals “long and pointy”.

Around 1980, we went back to the States for a summer, and I saw Battlestar Galactica on TV. I got a picture of a Colonial Viper and started drawing three-engined ships with skid landing gear. See the attempts at foreshortened wings? You can also see that I am starting to play with modular components: engines, laser cannons are becoming standardized as I draw them more.

And then I saw Buck Rogers in the 25th Century, and actually bought a model of the main fighter. I paid great attention to the way the cockpit was modeled, and adapted it to the fighter series that had started with the Battlestar line. The basic “flying eraser” fuselage remains, but engine placement and cockpit remains somewhat varied. I drew maybe a dozen of these, trying to figure out the best arrangement. 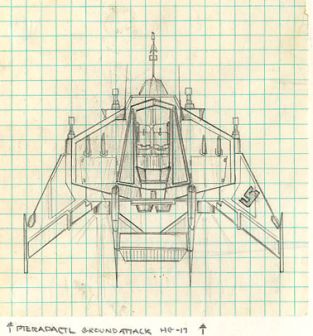 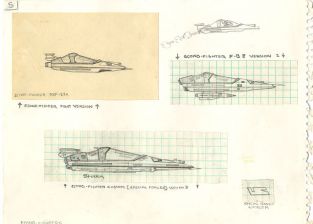 I finally start to shake off the Buck Rogers influences and pursue more original ship designs, around the 10th grade. There’s one last gasp.

The height of the “space race” in school was during the Battle Cruiser Yamato period, known as Star Blazers here in the States. In Yamato, the earth defense forces are basically refurbishing old WWII battleships and sending them into space. They had main guns and bristled with smaller anti-aircraft turrets. The more turrets, the better your ship. I remember staying up ALL NIGHT drawing turrets on this beast, easily crushing my opponents at recess, whos jaws dropped to the floor. How many are there? After that, I think everyone lost interest in drawing turrets, including myself. 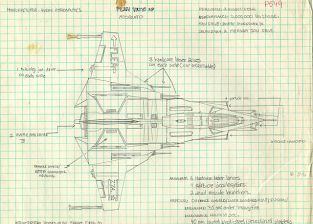 I finally broke away from graph paper in the 10th grade. The middle fighter, drawn in 1984, was the last ship I drew with a straight edge! You can see that by 1986, I had a better way of doing wing foreshortening and had learned something about line thicknesses and shading. Still drawing from the side, though.

This was a significant breakthrough drawing for me.. It was one of the first no-straightedge drawings, had some good shading, and I was very pleased with the overall FORM. It was perhaps the first thing I had drawn that I knew what the shape would be like in 3D. More or less. I also liked the controlled placement of detail to create points of interest. The gun mounts are still a bit flat looking, but it was a big leap.

I continued to draw a bit my freshman year of college. These pictures were drawn while doing laundry in the laundry room. But it was 1987, and I was starting to switch to computer graphics using DeluxePaint II. Sketching would become increasingly rare in my life. You can see the Macross (aka Robotech) influence in the tail and fuselage. 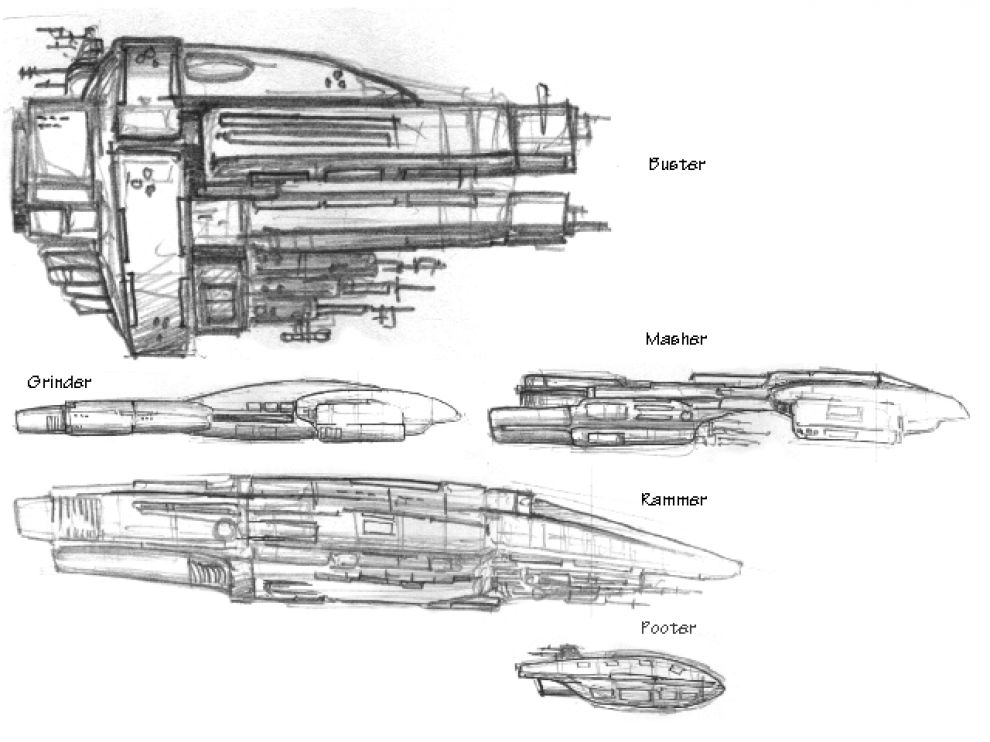 These are the last spaceships I drew, around 1992 as concept art for Star Reach, a computer game that I was helping my buddy Mark create artwork for.