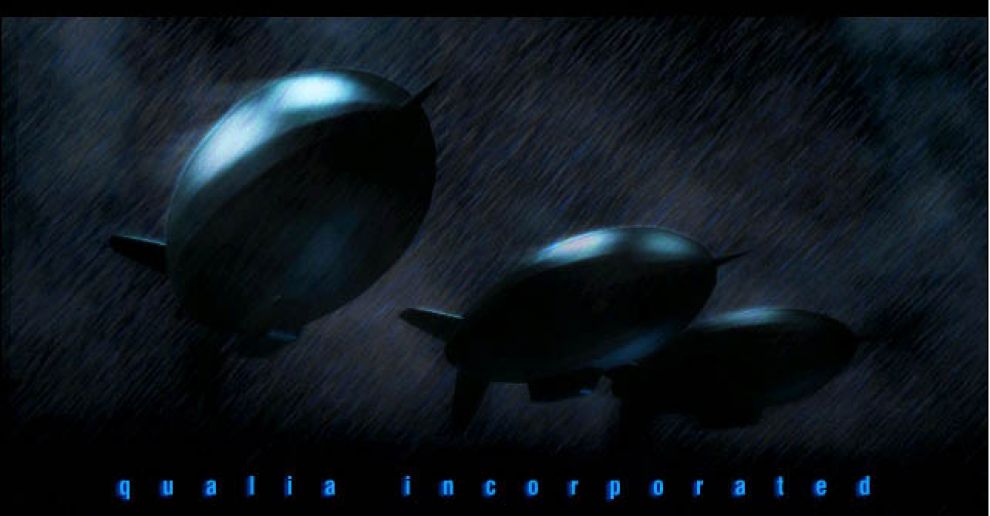 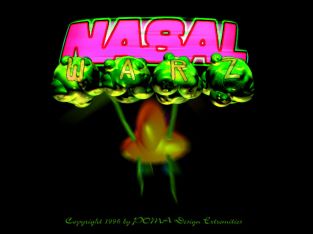 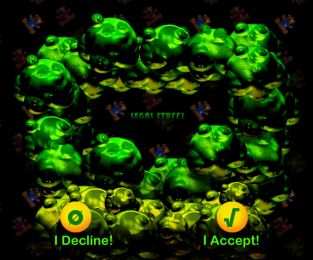 I made these splash screens under the art direction of Alen Yen; we were swapping roles for the purposes of cross-training. 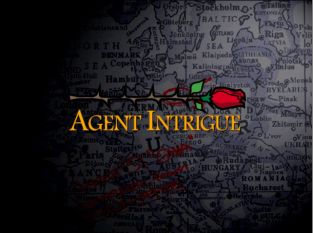 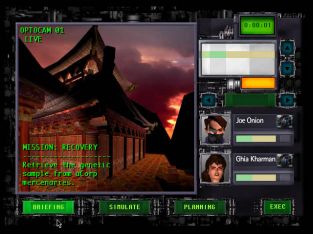 Agent Intrigue was a concept we pitched to another company, a kind of strategic action game inspired by Joel Surnow’s old La Femme Nikita television show on the USA Cable Network. Before you scoff, that’s the same Joel Surnow who did 24…

The GUI is me, using a technique that Alen had shown me (lots of little bits of junk glued together). The 3D work is by a contractor. 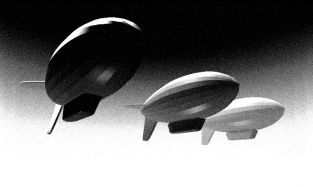 Blimps! Airships! They’re cool and majestic and mysterious! That’s why they are the logo. No other reason. Rendered in 3ds Max R1 and processed in Photoshop. The cards I designed were pretty cool…output for maximum imagesetter resolution by doing the halftoning ourself!