Happy Tuesday! I’m a bit behind on my work, having had a rather reactive day yesterday as well as trying some new processes. Today is going to be another one of those days and I am trying not to to let it get to me. So I’m reminding myself what is important. I shared this on Patreon earlier, but didn’t get around to posting it here.

I made this poster a few days ago to remind me what my goals where, posting it around the house so I would see it every once in a while. The main purpose is to help me remember what’s important, and I am increasingly coming to realize that the productivity that I crave comes not from focusing on making things, but making an interesting place for people to gather and share their experiences and generally have a good time being inspired and making things. The Virtual Coworking Chat Room was an accidental step into that direction after many years of doing similar things locally; first something I called the New Media Group and later another called The Collective 03060. These were groups that I formed to foster some local creative energy and sharing, ostensibly to improve my own “gotta make things” motivation. I’m realizing now that perhaps it really is the group I want to support, NOT my own work.

It’s a harrowing thought, as all my life I’ve tried to force myself to learn and build things, but always found myself feeling short of actual drive to make things for the sake of making them. Maybe it is OK, though, to serve in a supporting role.

To test my reaction to this idea, I’ve decided to join our local makerspace, MakeIt Labs and see what it’s like to be part of an existing creative community. I hadn’t been to see their current space though I’ve known a few of the people there for years.

A Visit to MakeIt Labs 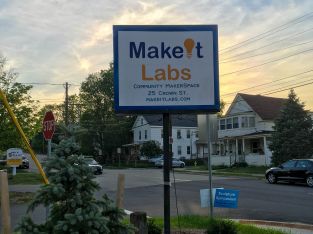 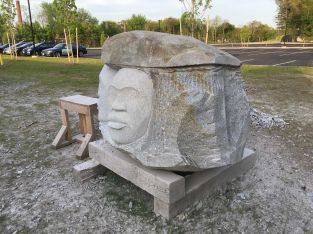 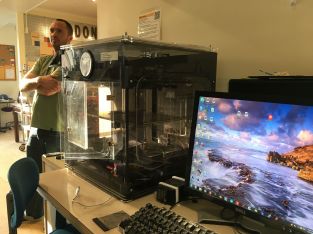 MakeIt Labs is located in a building owned by the city, which did this to help promote the maker community. It’s in the Crown Hill part of Nashua, an older neighborhood that is further away from highways and other convenient access. The old location used to be an old train yard building not that far away, and it was small and cramped. The new location is pretty good. There’s ample parking (thanks to the city locating a Park ‘n Ride lot there, in anticipation for reactivating future railroad service). This year the Nashua International Sculpture Symposium is also being hosted at MakeIt Labs for the first time, which is great for exposing the facility to more citizens. 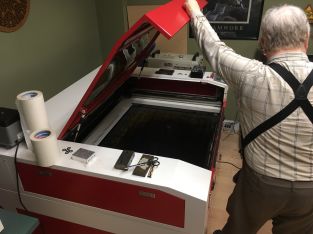 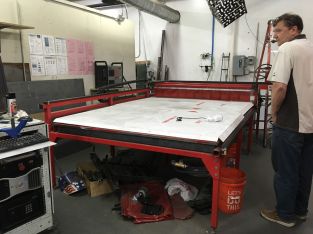 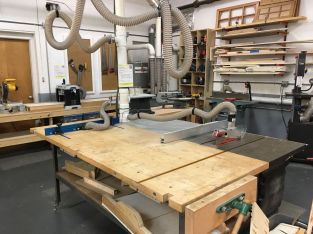 I’d never been inside the building before, so I attended their Thursday night open house. They had quite a lot of space, with laser cutters, 3d printers, a full wood and metal shop, and even a hydraulic lift in the garage, a plasma cutter, and welding. It’s $50/month for the hobbyist level, which is kind of a tough nut to swallow but I was also considering buying some kind of home laser cutter myself for several thousand dollars; for the same money, I would have access to that and more for FIVE YEARS. And that’s just the icing on the cake; I’d be really there to learn to participate in community other than my own. There are a lot of great people in the maker community, though I’ve been a bit reluctant to join before because of my inherent shyness. However: nothing ventured, nothing gained!

I don’t remember if I mentioned that I’m back on the slow carb diet, eating largely protein and leafy greens during the week and avoiding “white” carbs entirely. That all goes out the window on cheat day, and I had been craving spicy Chinese food. The best place near me is Sun Shui, which has some pretty great dishes that I don’t usually see in northern New England, where Chinese food is still associated with Chinese-American staples like “Beef and Brocolli”, “General Tso’s Chicken” and the like. 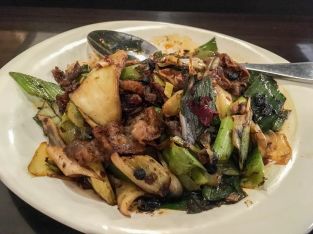 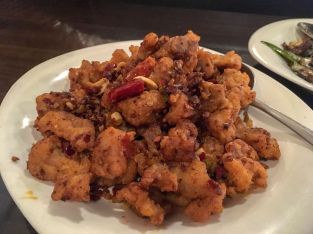 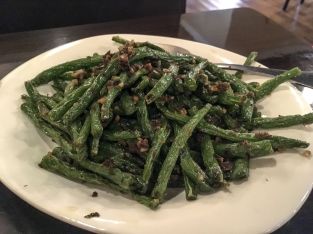 So on Saturday I went to Sun Shui and ordered Skinless Pork Belly and Leeks, Spicy Chili Chicken, and Dry Cooked String Beans. Pork belly is the same delicious fatty cut of pork from which bacon is made, and it’s amazing stuff if you’re not afraid of fat (and when you’re on slow carb, you don’t have to be). The chicken is a battered deep-fried dish that’s salty-spicy with the numbing Chinese peppercorn taste, and it’s one of my favorite guilty pleasures. As a nod toward the vegetable group, I opted for string beans over eggplant (which is very rich); the beans are cooked over high heat and slightly charred with very little moisture. I tend to like them a little crispier personally, but these are still pretty good. I got these served with a heaping bowl of white rice (cheat day rice!) and ate by myself while it was hot, then took a lot of leftovers home.

On a side note, I also mentioned to the owner that I’d been in Taiwan for the past few weeks, and she pointed out one of her staff members saying, “he’s from Taiwan!” and so he came over and after a bit of awkwardness we talked. I asked him where he was from, and I told him where I had been, and tried speaking Chinese and Taiwanese with him. This is the first time I’ve ever tried something like this in the US, but after my positive experience in Taiwan no longer caring about my terrible Chinese I think I am much more open to it. He showed me pictures of his son, and I showed him pictures of Dad, and we talked about what parts of Taiwan we were familiar with. I shook his hand afterwards and thanked him when I was done, and he replied in Taiwanese “no need for thanks” in that way that people do when they have established some measure of kinship. I guess for him, it was something of a treat to even connect with someone from Taiwan that he didn’t already know. I keep forgetting there aren’t a lot of us out in the wild. I left feeling pretty good.

I have been feeling a hankering to play an online role playing game, so I’ve started poking around Guild Wars 2 again since a friend of mine gifted it to me years ago. I remember it being a beautiful game with good mechanics, though ultimately I found it a little boring. “Perhaps I just didn’t find the right character class” I mused to myself, so I rolled up a few new characters. 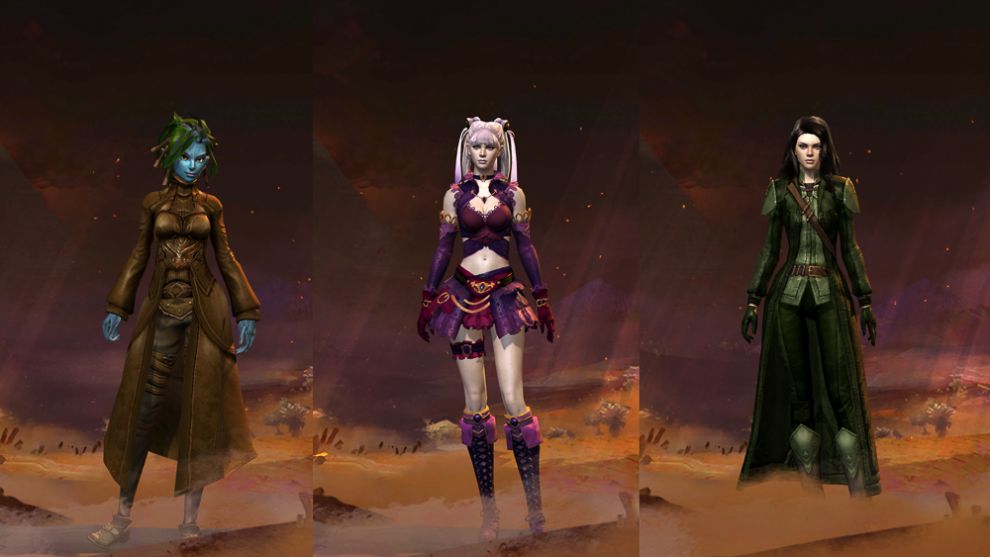 I decided to roll-up some classes I don’t usually find myself enjoying, because it was possible that in Guild Wars 2 that they played differently than in other MMORPGS.

The base game is free, incidentally, and has one of the nicest player convenience setups and clean user interface. The art direction is really phenomenal too, and for a game released in 2012 still looks really good.

More news as events warrant. I’m just tooling around the world trying out the combat mechanics and trying to figure out how the higher-order play elements work. The combat is actually much deeper than I thought, though hard to follow. We’ll see if I keep playing it. I think I’m looking for a world that I can just jump into and hang out with friends doing the random quest together, but I don’t want to dedicate a lot of time to it because the REAL COMMUNITY GAME I’m playing is figuring out how to make my community-building goals into a self-sustaining and revenue-generated venture that makes a bunch of people (including me) super happy.

In today’s WHATS UP DAVE, I talk a bit about the same story but also go through a few of the other things that happened this past week through photos. This was actually a re-cording, trying a different video workflow; see if it’s better or worse!