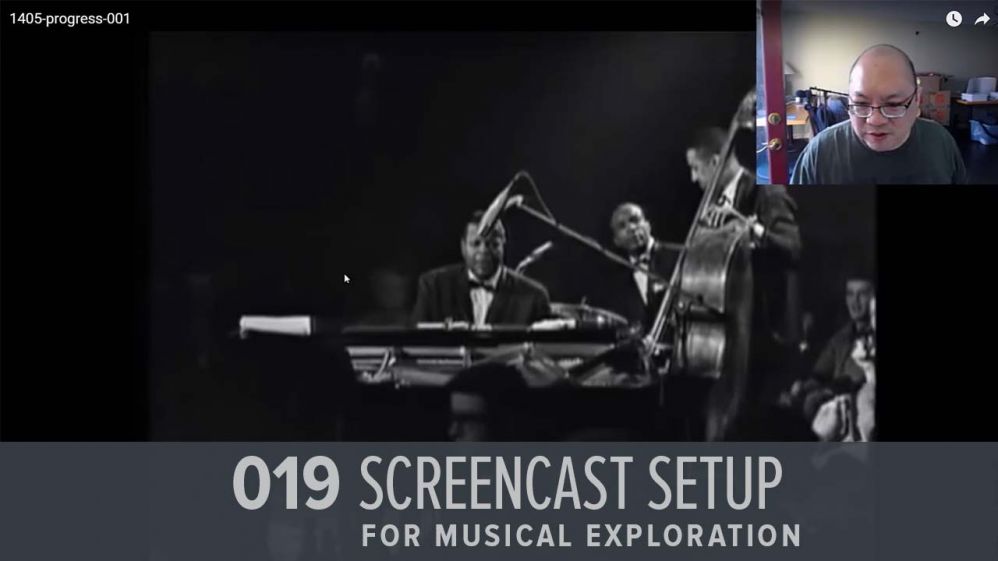 Saturday was surprisingly productive, perhaps because it was a Spring-like 55 degrees outside instead of being in the -10s! The major GHDR-related project for the day was setting up screencasting software on both the PC and the Mac in preparation for the first Project 1404 Music Composition videos.

I am seeing screencasting as a way to have more conversational interactions with people, perhaps a stepping stone to doing Google Live Hangouts or other realtime exercises. I have the software and gear from other work-related projects, so why not use it? I think it would be cool to capture not just the screen but also my talking head in the webcam, so you can see my reactions to what I’m seeing and doing, in all its messiness. 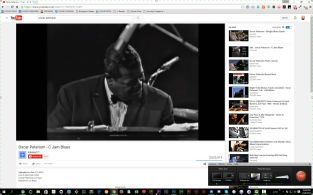 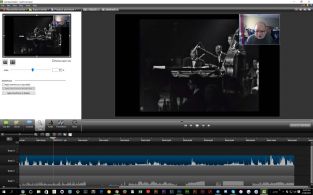 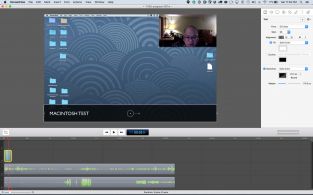 My screencasting arrangement is a little different from my recently-revived podcast setup.

I recorded two brief test sessions! The first one is the PC version recorded with Camtasia Studio and the Blue Yeti USB as I flip through YouTube videos.

The second test is the Mac version recorded with Screenflow and the same Blue Yeti USB microphone, this time trying Reason and YouTube. I’m having some sound level issues that I will have to deal with, and the video aspect output it not quite correct, so a bit of tuning left to do on that…

I can tell already that these video sessions will be random and weird, and maybe even embarrassing, but I think I can get over it. Also, while I’m pretty sure that the use of the video in this way is fair use under US Copyright Law as “criticism/commmentary”, YouTube’s automated takedown tools might wreak havoc with the channel. I guess we’ll find out!

I scored 38 points, which is higher than usual (so far). Today was also notable day in that I got a lot of other things done too, such as mopping the floor of the basement and washing out the cat litter box, taking out bags and bags of trash, transcribing some video game notes, and picking up something for my sister at the local Asian market.

I also bought prunes to see if I actually liked them now that I’m older (and probably need the fiber)! A pretty good “me” day, all-in-all, especially after I logged out of my Facebook account to make it harder to waste time on it. It’s surprisingly relaxing to not know what other people are doing, and focus just on getting some work done. I’ve left Facebook Messenger running, so people can still reach me, but otherwise I am planning on keeping off Facebook as much as possible for the near future.