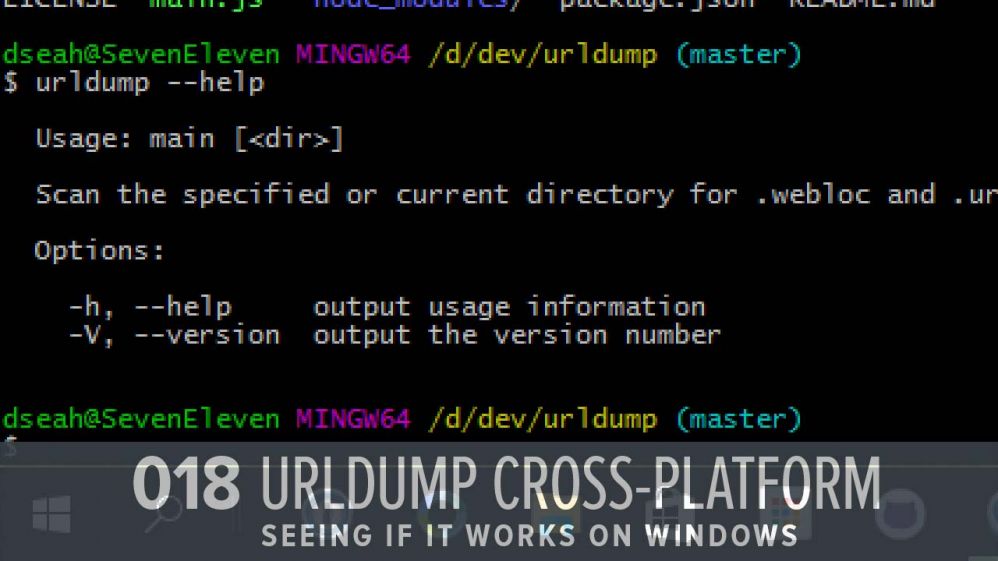 Friday has been a lazy day of small advances. I was curious whether yesterday’s work would actually run on my Windows workstation, so I did some software installs and looked at upgrading my license of Camtasia Studio (a screen video annotation tool) for possible screencasts in the future. For example, I’m thinking of using Camtasia to record my face and my screen as I try to figure out my approach to music composition, outsider-style!

The utility I developed yesterday is developed on top of NodeJS, which runs usually on unix-style systems. Mac OS X is such a system, which is one reason why I’ve shifted my development work to the Mac. Running Node on Windows, however, is said to be problematic because the way files are organized is different, and a lot of the common software tools that are available on unix-style systems are not present. This necessitates the use of a translation layer on top of Windows that simulates the necessary unix commands, and even then there might be problems!

Curious, I installed the Windows version of NodeJS via their installer, then installed Git, Github Desktop, and SourceTree. I cloned my github repository to the windows machine using Git-Bash (a special terminal providing the unix translation I mentioned before) then tried running urldump from my local _DigitalBookmarks directory as I had yesterday on the Macintosh…and it worked! Woohoo! I updated the README file on the Github repo for all posterity.

That’s pretty much what I did today, GHDR-wise.

To recap: I learned how to install Node and Git on Windows. That was pretty cool.

That’s 13 points. Not a huge number of points, but perhaps what I might expect from a couple hours of work. Maybe there’s a points per hour metric that I can derive for helping me pace myself? That might go against my goal of not trying to do everything fast or even provide measurements that imply speed is better.