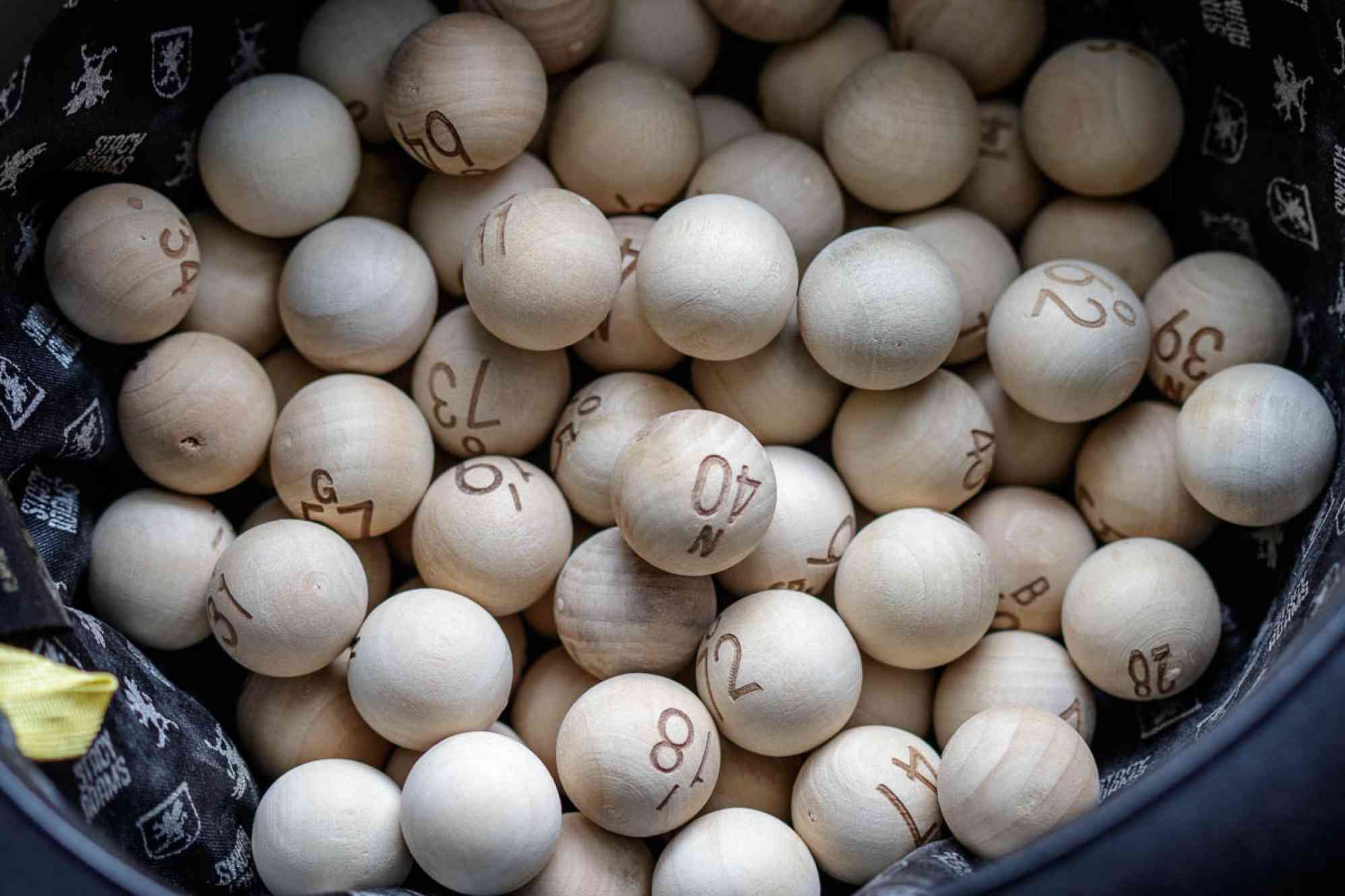 A few days ago I was talking to some people in the video game community, and was complaining about making choices about what to do in the morning when there were sooo many things clamboring for my attention. Since each task is about equally important/exciting, much decision-making energy is frittered away. One of the people I was chatting with, H, writes down stuff on scraps of paper that she rolls-up and picks at random. She also has a collection of hats, which got me started on how I could never find a hat that fit my round melon of a head. Cowboy hats, baseball hats, fedora hats…nope!

The combination frustrations, picking a task and finding a hat, then fused into a mission to get a hat for wearing AND picking tasks from. I stumbled upon these 0.75 inch diameter wooden bingo balls and found a tall bowler hat; my sister warned me not to get a super-cheap hat because it would be guaranteed to make me sad.

While I haven’t figured out exactly how to use the bingo balls (they’re numbered from 1 to 75) in a task selection system, the hat I’ve already got big plans for in two ways. 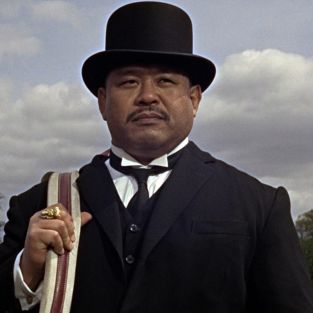 First, the bowler hat is worn by the henchman Odd Job in the 007 film Goldfinger. Japanese-American actor Harold Sakata has a similar build (i.e. large and puffy-faced), so I figured this hat might work with me as well.

Second, I’ve been thinking of participating some day in cowboy action shooting, a kind of “Wild West Cosplay with Real Guns” sport that’s pretty neat. You get to pick a nickname/persona when you join up, complete with a backstory if you are so inclined. I’ve got an idea for what my persona would be, though I have yet to (1) buy hundreds of dollars worth of replica firearms and (2) find a local SASS chapter to join in New Hampshire assuming (3) I have the time to participate. These are all pretty big prerequisites. However, I can start buying the clothes; the bowler hat would be a good fit for the persona, as it was quite a popular hat in the Old West, and it would be a handy second costume to have available for…well, I’ll think of a reason later.

When the hat came in, I tried it on and liked it a lot. There’s something pretty neat about wearing a hat, and this one made me feel pretty good. Hats sort of feel like a “cat for your head”, I realized, sitting comfortably atop your dome to keep you company as you do your business. Still, I wasn’t sure if it looked stupid, even after getting affirmations from some friends. So I went down to my friend Sid’s portrait photography studio to get some pictures of the hat, ostensibly to make sure it didn’t look really dumb. Sid himself is quite a connoisseur of hats, himself a wearer of flat caps, so we had a good time looking at them as well as vintage eyeglass frames that might fit well. Here’s one of the photos: 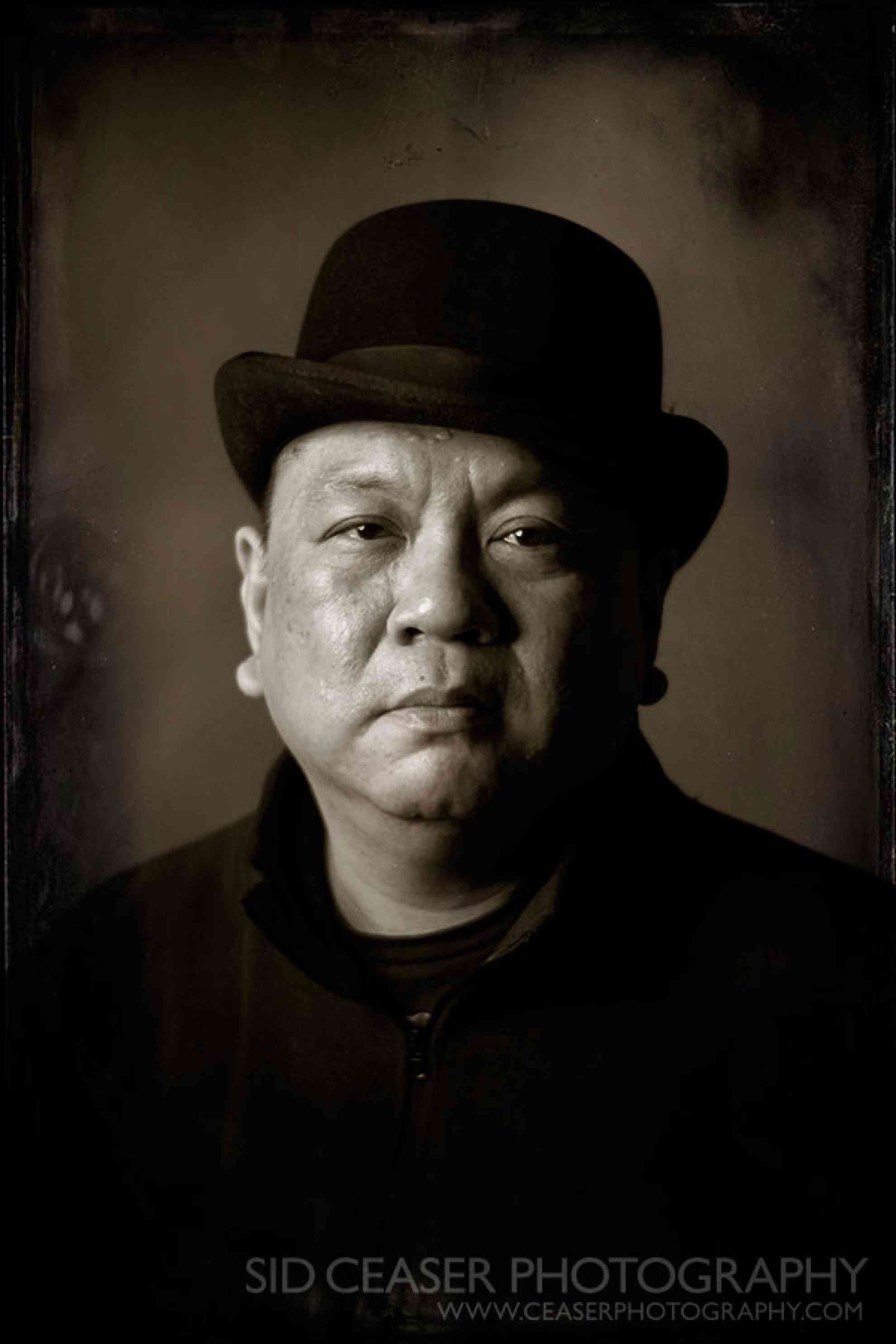 Apparently I was very tired when this picture was taken :-) The next photo session I think I will need to do a smile calibration!