Wednesday, October 28, 2015. After Monday’s oral surgery to insert two dental implants into my jaw, I’ve been taking it easy. There has been little pain and no bleeding, and I’ve been carefully taking antibiotics and using the Chlorhexidine rinse to keep bacteria controlled. However, I’ve been really tired and have been having headaches accompanied by a lack of appetite, so not a lot has happened in the past few days. So, I’m going to dig into the photo archives and show some pictures of machines that are just a little different from what I’m used to seeing in the USA. 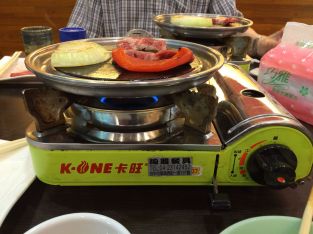 When Dad took me to a nearby Japanese restaurant for a “fixed set”, the highlight was this personal grill/hot plate. We were given a plate of raw beef and vegetables, and could grill them to taste. This is a pretty nice unit, much nicer than the camping stoves I see in the US. This is really specially designed for this kind of tabletop use, kind of like a gas-powered hibachi. I should see if I can find a nice one in an Asian market somewhere. 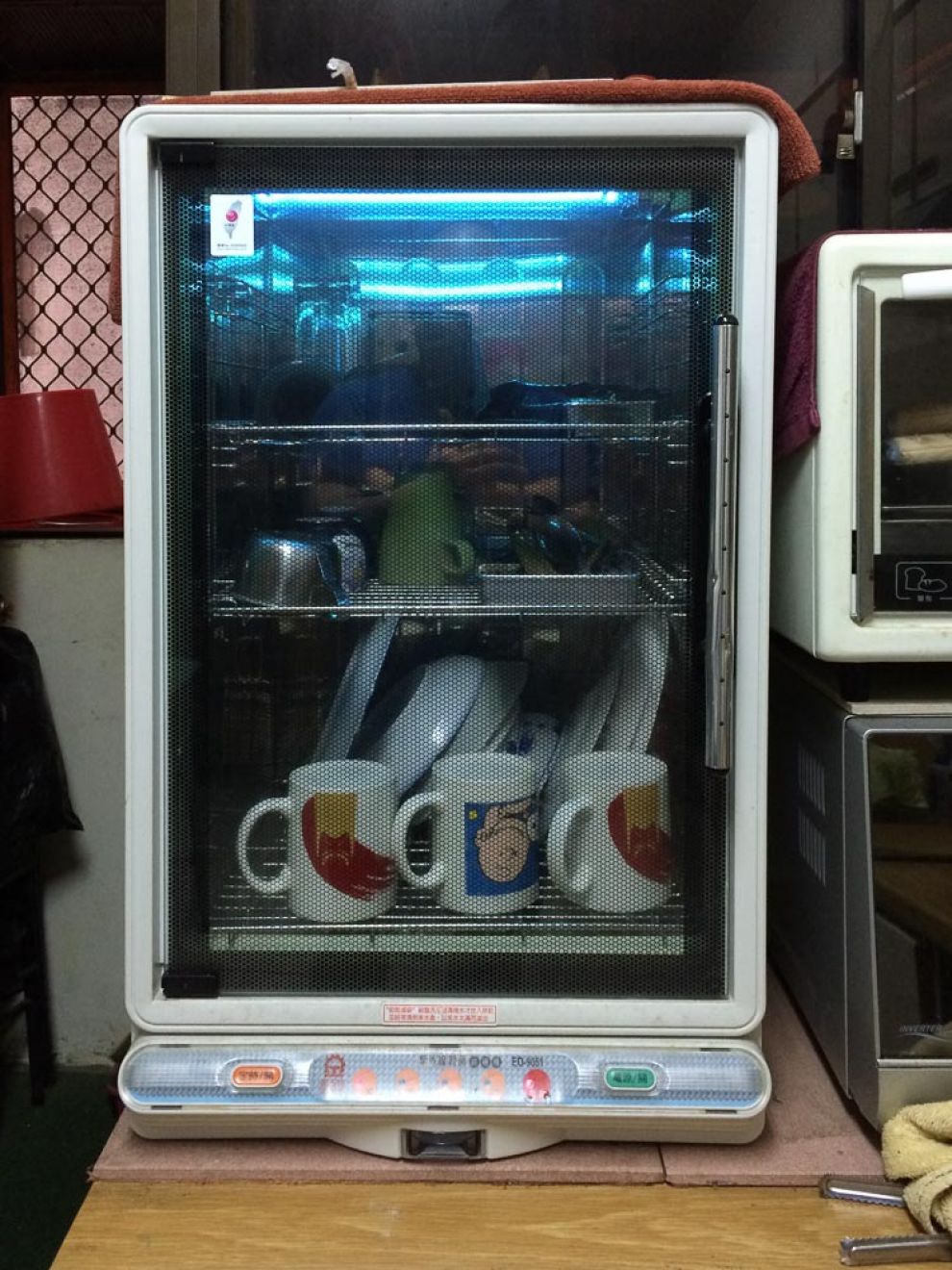 The tap water in Taiwan is not generally potable as it is in the US, so all water has to be boiled before you drink it. As Taiwan is a semi-tropical humid place, there are bacteria and bugs everywhere! The upshot of this is that if you rinse your dishes with tap water, you might just be contaminating them again.

Dad has this dish dryer that has a heating element and a circulating fan to gently dry wet dishes. It also has an ultraviolet light at the top to disinfect, though I’m a little doubtful whether it’s really effective or not given the placement of the light. Still, it’s a pretty cool idea! You can store your dishes in here and take them out when you need them. Also, the unit shuts itself off after it detects that the humidity level has dropped. 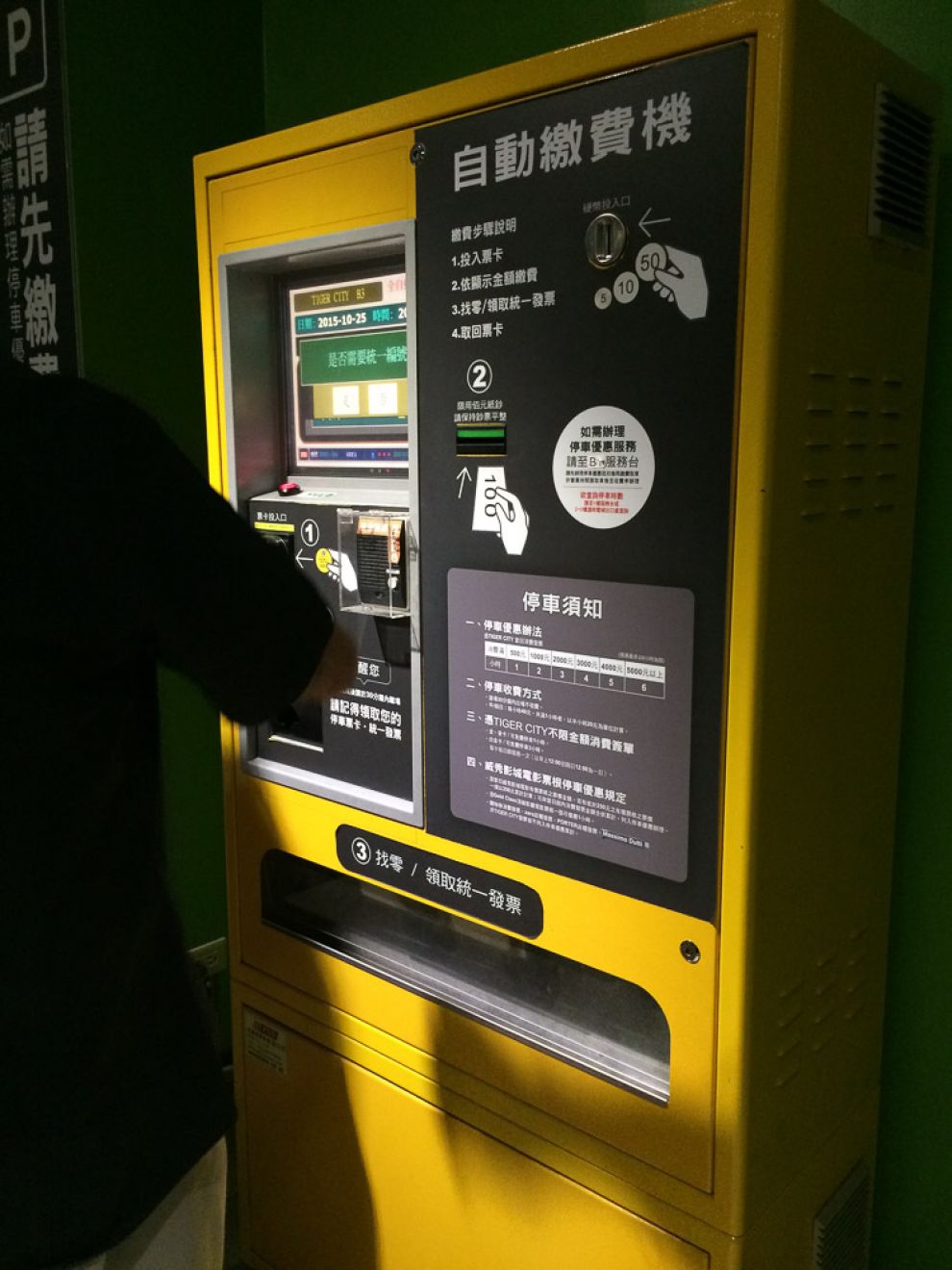 Several of the parking lots that I’ve seen have an automated parking kiosk where you can pay. Upon entering the parking lot, you are given a round token that presumably has some electronics in it; this is way cooler than the flimsy paper cards that most machines of this type use in the US. When it’s time to leave, you put the token into the machine and pay, and it spits the token back out (at least I think that’s what happens). Then, you use the token to raise the gate so you can exit the parking lot. 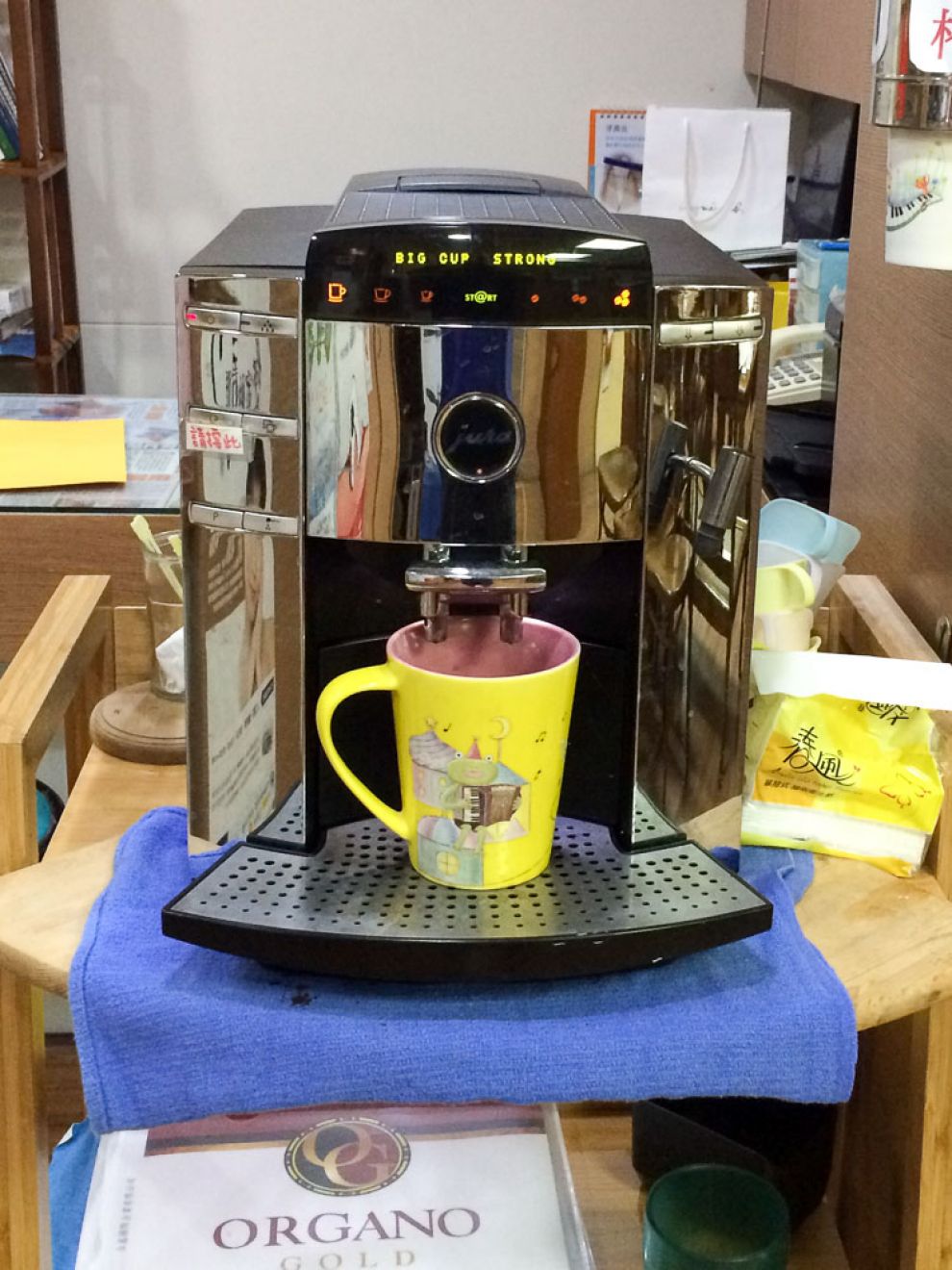 I saw this coffee machine in the dental clinic, and it was sufficiently impressive that I wanted to take a picture. There’s a weird kind of aesthetic for coffee machines in Taiwan that I can’t quite put my finger on. I guess I would describe it as “shiny and bulky and it works somehow”, compared to the more refined-looking machines we tend to see in the US. Domestic appliances is one area where the US tends to have (in my opinion) an advantage over its Asian counterparts.