Day 06-08: Settling into Taiwan with Dad

Saturday, October 24, 2015. It’s been difficult to keep up with my daily updates, but perhaps that was to be expected. The first full day in Taiwan was pretty much a sleeping day, and the second day in Taiwan was for settling-in and just reconnecting with Dad and getting situated. 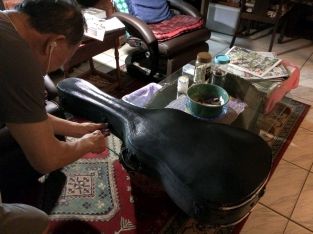 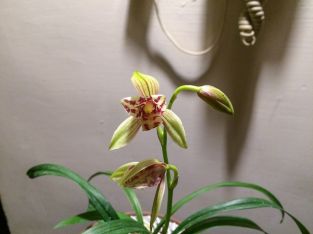 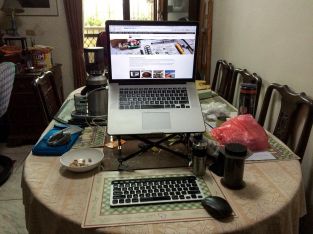 Dad has an old Mexican guitar that someone gave him when he was in college, and he offered it to me to take home. It’s quite old and the case is fragile, so I am a little concerned it would be smashed to pieces if they made me check it in, as the international flights out of Taiwan are very crowded. Dad also raises Taiwanese orchids, which I think grow in the mountains and are prized by local collectors. This one bloomed apparently the day before I arrived, so he suggested I take a picture. It has a sweet scent that reminded me a bit of honeysuckle, but more musky. I believe my Mom’s name is related to this flower, but I don’t remember the details.

I also found a place to set-up my laptop so I could do a bit of work (mostly design work for myself, I hope) and also do a lot of personal blogging. It’s actually a pretty comfortable place to work, and Dad helpfully put a huge pile of snacks for me nearby. 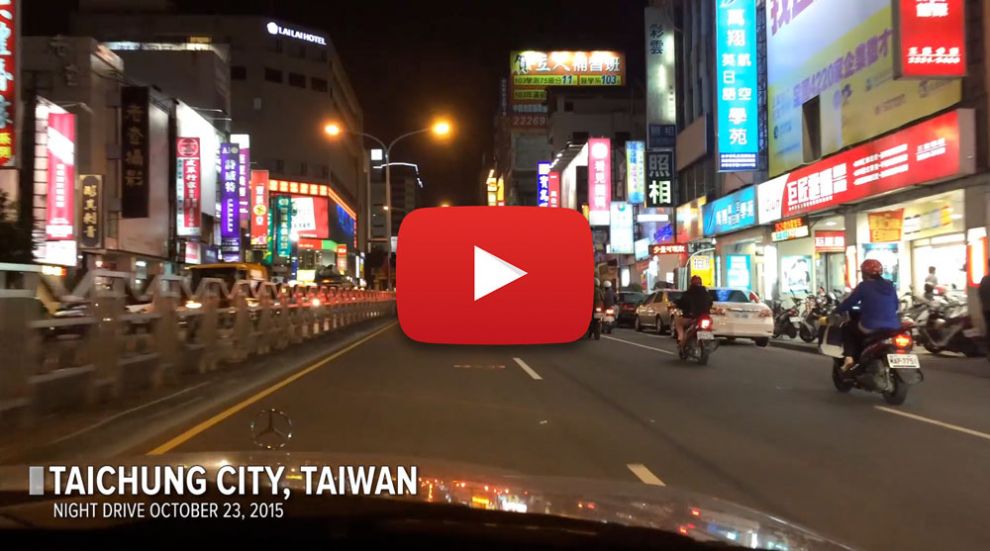 On the second night, Dad drove us to the hospital to visit A-bun, his “foster son”. That’s not actually quite what the correct term is, though. As I understand it, there’s a tradition in Taiwan where a respected elder with resources (such as my Dad) is sometimes asked to look after the offspring of another less fortunate family; A-bun is one of these relations, and it’s actually quite beneficial to my Dad now as he watches over him and helps him around. A-bun had gotten hit from behind by a big motorcycle, breaking his leg. Complications ensued, so Dad visits A-bun in the hospital every day to keep his spirits up and pray with him. Anyway, the video above shows a short portion of the drive, which I think is pretty typical of a Taiwanese city in central Taiwan. It’s actually a lot less busy than during the day, I believe.

Dad lives in an older part of Taichung near the center of the city, with still quite a lot of older buildings. Some of them date back to Japanese colonial times. I believe he said that this was where a lot of Japanese workers used to live; you can still see some old-style one-story houses tucked behind tree-shaded concrete walls. 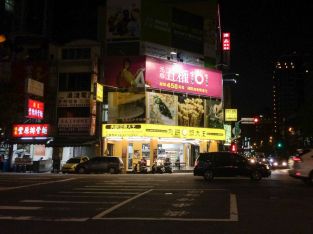 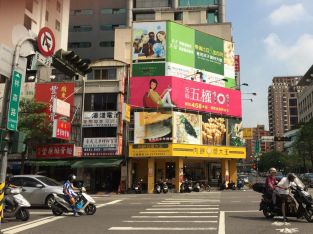 I have been eyeing what appears to be a 24-hour breakfast place across the street corner, curious to see what they had. I love Taiwanese breakfast, except for the bits with oysters and shrimp in it. A-bun, however, said that this place across the street was no good and recommended a much further place. Hopefully we’ll get to try it later after my dental surgery heals. I’m particularly looking forward to something called shaobing youtiao, a popular Taiwanese breakfast that is fried bread wrapped in more bread and served with warm sweet bean milk (dou jiang). It is way better than it sounds, I promise!

On a side note, I’m planning to do an entire post or two just on food, as Taiwan is highly regarded as one of the world’s top food destinations. With 20+ million people occupying the western coast of an island just 240 miles wide by 80 miles long, three growing seasons, and the heady combination of multiple culinary traditions, the food experience is pretty amazing. A great percentage of the food is local produce, fresh, inexpensive, and plentiful.

But I digress. I followed Dad for a walk to a local supermarket just a few blocks away. 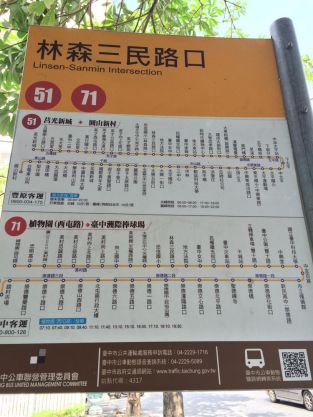 Along the way there was a bus stop with a sign. I took a picture of it to study later. I’ve read on the English Taichung Info Exchange group that these bus signs can be out-of-date, so one has to confirm the schedule. There’s an English version of it somewhere online that I need to check out when I get to the exploring phase of my visit. I may not have the time during this trip, but the next trip I’d like to do it. 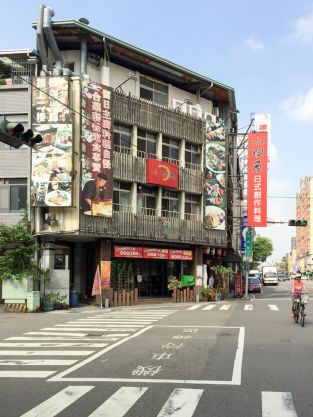 As we walked to the supermarket, Dad pointed out various landmarks to me suck as the aforementioned older houses and this Japanese restaurant. “Terrible”, he commented. It looked pretty cool on the outside, though, so I took a picture.

The supermarket itself was very new, perhaps three years old according to Dad. Supermarkets have come a long way in Taiwan, and this one was one of the cleanest I’d ever been in. As with all things in Taiwan, everything was smaller and more compact in scale compared to the USA. However, the quality of the produce was pretty amazing. Dad picked among some persimmons for lunch. It had been a while since I’d had one, and I didn’t even remember what they tasted like. This one was crunchy and fresh, with a flavor somewhere between a crisp honeydew melon and an apple, with a touch of tomato.

Interestingly, the meats here seem to be offered pre-cut; bigger chunks of meat weren’t available that I could see. Dad mentioned that this was not like the big supermarket that he sometimes goes to, but it was close by and convenient. I’m thinking of it as a kind of convenience store / market rather than a supermarket. 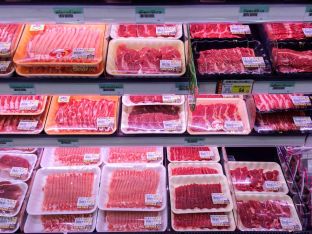 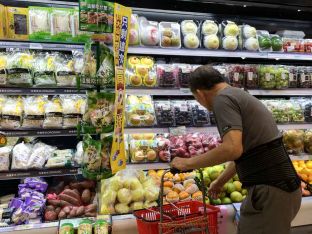 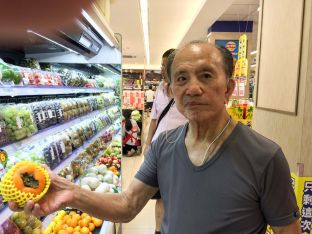 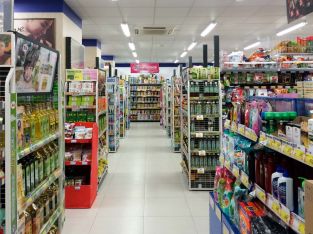 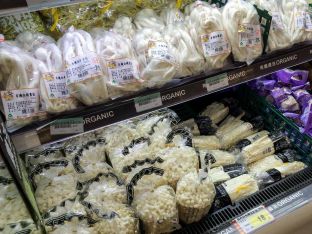 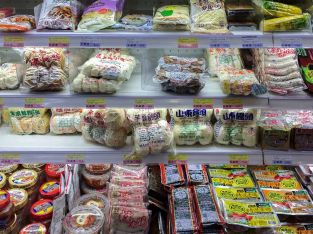 Nevertheless, I was impressed by how clean and well-packaged everything was. The mushrooms I saw were impressively fresh. That said, it was a weirdly saddening to see the array of pre-made steamed buns. If I had seen them anywhere in the USA I would have gone nuts with happiness, but in Taiwan you expect to find the best ones on the street everywhere. I’m sure there are blogs and guides to the best of everything nearby. 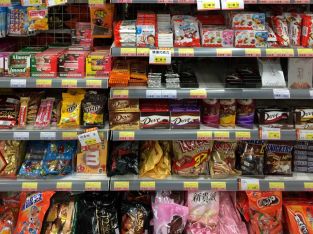 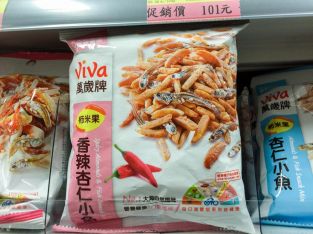 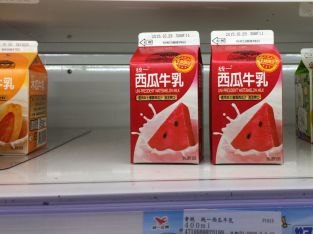 It was fun to browse the snack aisles to see what was different from the US. They have some of the same candy we do, along with Japanese, Korean, and local brands like this spicy combination of dried fish and crackers which I passed on. But then there were wonderful ideas like watermelon milk that I was really curious to try, but our cart was getting too full so I’ll have to try that some other day. The Taiwanese really love their fruit. It’s EVERYWHERE, and from what I gather it’s a source of regional pride. 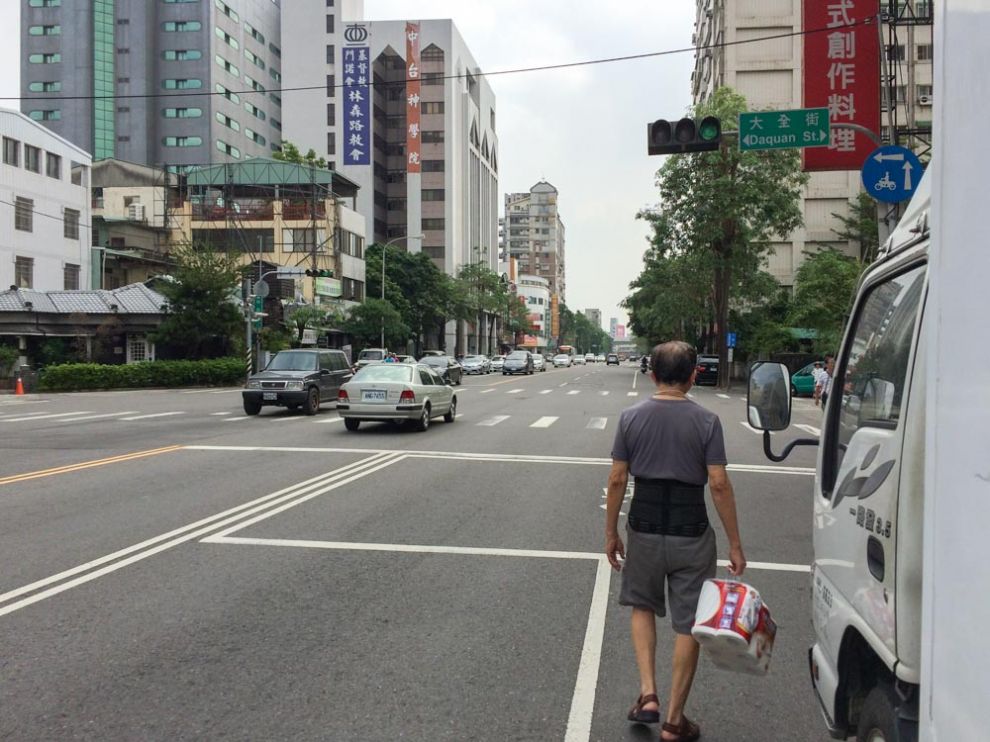 Laden with our spoils, we walked back home. The persimmon was amazing. I also picked up some Taiwanese Beef Jerky, which banned from import into the USA, and ate the whole thing in one sitting. Unfortunately I didn’t take a photo of it because I was too impatient :-) Dad commented how expensive it was at 120 New Taiwan Dollars (NTD), or about 4 US dollars. The same quantity of jerky in a US supermarket, I told him, would have been about US$20! There are stores that specialize in making their own jerky, he said, so we’ll go check those out hopefully.