I’ve been thinking a lot lately about the huge amount of time I spend ingesting information versus the amount of time spent actually synthesizing it into new things. That’s the point, isn’t it, of having the freedom to create? And yet, I don’t seem to be making very much, or not making as much as I could be.

Normally, I am one to ignore the “you should do more” voice in my head, determined to take my time and enjoy the process as much as possible. It’s really hitting me, though, that I’m not really enjoying the process; this quote from Jeffrey Gaffney, the executive producer of an online video game I’m playing called Wildstar, made for a good reminder (emphasis mine):

If there is a fun thing to do that is inefficient and a horribly boring thing like smacking yourself in the face with a shovel next to it that gives more XP, players will do more XP. They’ll try the fun thing once or twice but then go, ‘No, I can’t help it. I need to hit level 50. I want my end goal more than I want my journey.’ So it’s very easy to have the journey trivialized.

Achievement is the love of watching bars grow — that’s our industry. I don’t think there’s a more fundamental human need that gets tapped into by these games than watching your bars advance, and that feeling of progression — of being able to say, ‘I am tougher than I was before.’

Progression. Accomplishment. Bars growing. Such is the power of video games, and it’s a good example of the false sense of accomplishment that comes from consuming someone else’s content. Games, with their immediate feedback to our simplified inputs to a system of challenge and progression for enjoyment, are right at the top of the chain. I just spent the weekend playing WildStar, and now I am playing a blue cat wearing a trucker hat riding a giant bird around a floating plot of land in the sky next to my rocket house and garden: 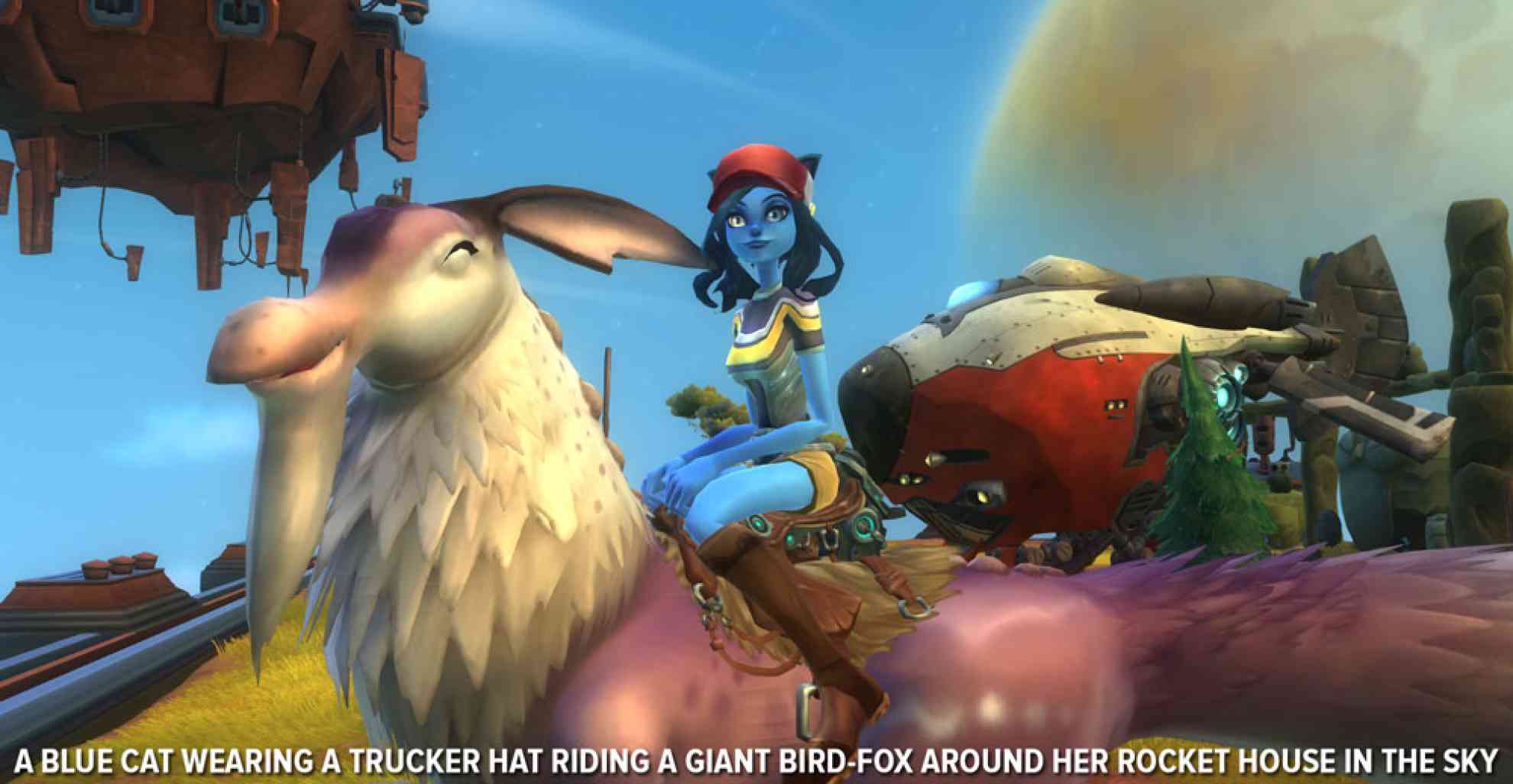 I had a good time, I think, but not a lot else got done other than completely relaxing into the flow of the game. Today, I am ready for something else. So for June, I’m going to make this a month of balancing consumption with production; that is, I’m going to try to make something new every day.

This challenge is similar to my New Product Every Day challenge last February, but I’m going to make some changes.

I just want to see where the time goes for a while, and see if by being mindful of shifting the balance from consumption into production makes a different. I suspect the practice of daily review will lead to naturally lead to (possibly fleeting) productive change, because practicing ANY system creates mindful engagement. I don’t think it really matters what that system is—GTD, Zen To Done, 7 Habits, 12 Step, Four Agreements…they are all creating focus and mindfulness. Some have built-in support systems, while others have built-in tools and procedures to follow, but none of them work unless you’re on the ball.