Reporting on Friday and Saturday’s production/consumption ratio tracking, as described here. Overall, these were productive days, but I’m surprised at just how much time went to non-production work. I’ve made some adjustment to my categories, and figured out how to make Excel plot colors the way I want so I can easily tell what time went where: 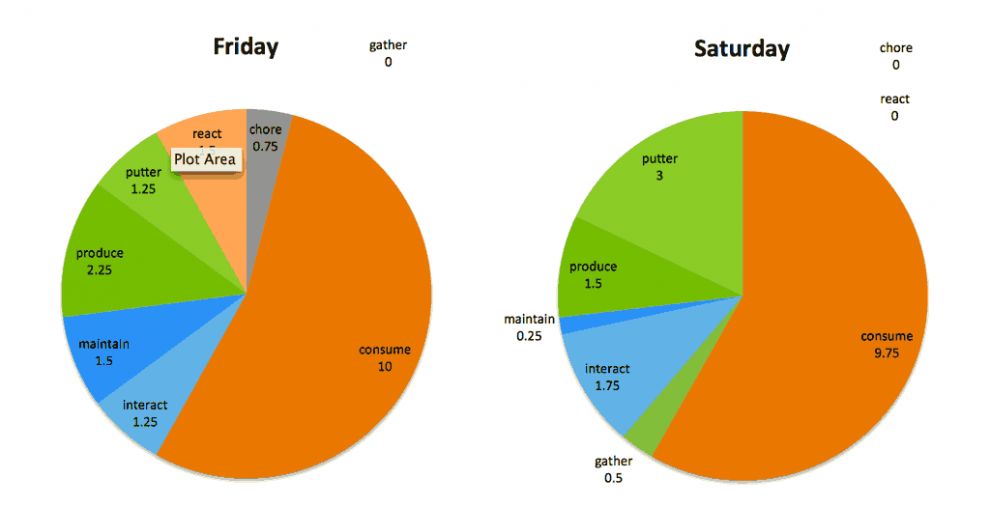 p>In addition to getting a better pie chart, I also have expanded the notation on my daily logs: 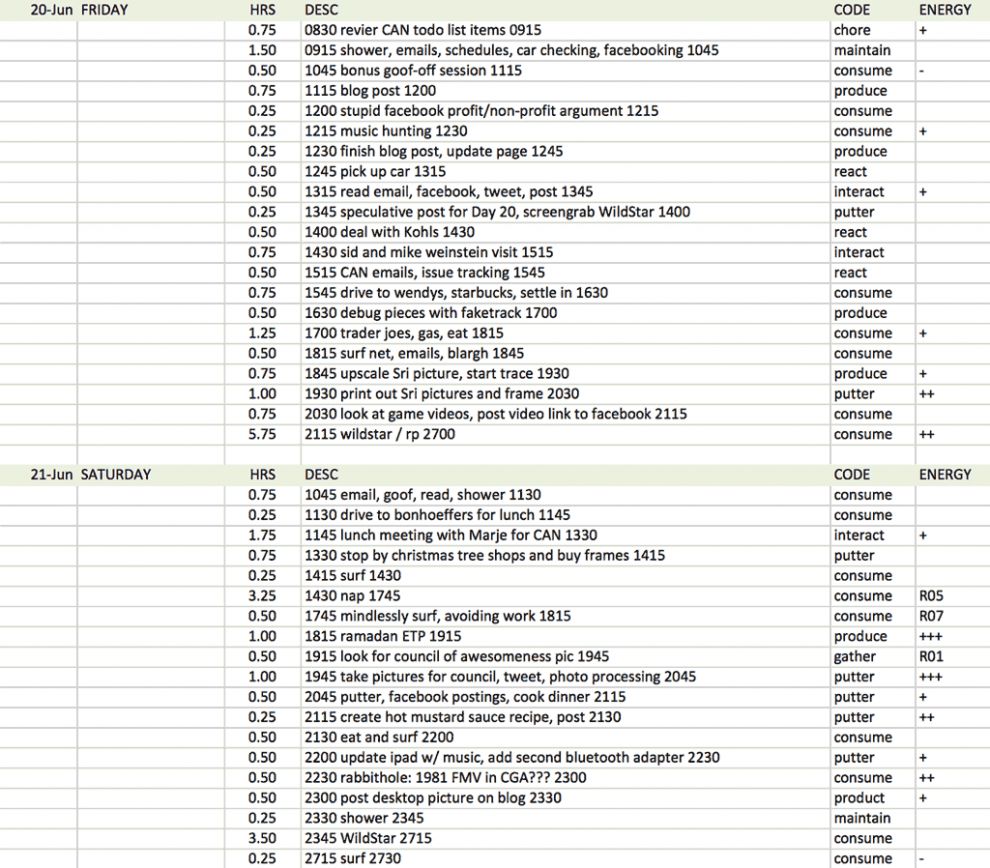 I found myself facing resistance during the day, and to track this I started noting this with an “R” in the ENERGY column. On Saturday I modified this by adding a two-digit “repeat resistance” count which increments each time I delayed starting it. For example, I had decided that I should update an ETP for an upcoming collaboration with another blogger, but found myself getting sleepy, napping, and mindlessly surfing the net instead of starting. Each time I saw the entry that didn’t result in a start, I incremented the R rating from R01, R02, R03, etc. I think this might be kind of a neat trick for tracking such non-starting tasks in the future.

Overall Observations for Friday and Saturday

They felt like good days, a good mix of getting some projects out of the way and doing a bit of personal project work with no feeling of pressure. The amount of consuming I did, through gaming and surfing, was much higher than I thought it would be.

I did, however, feel that there was something eating at me, and late Saturday I figured out what it was: I had not done a deep dive into work. Much of the work I’ve done this week, while productive, did not feel like a MASSIVE PUSH toward a conclusion. I think my best and more valuable work comes from that total immersion, but I also tend to avoid doing it because there are high costs that come with it. In the past, I’ve described it as “crawling into an isolation chamber” and “shutting myself off from the world”, which I don’t enjoy doing. The concept of Happy Bubble Time arose partly as a way to avoid isolating deep immersion into a project.

I’ll write about this a bit more in a few days.