SUMMARY: Sexy pictures of oatmeal, sexy interval timers, sexy toy cat robots that store data. And, the opening realization that 2010 is going to be all about moving forward because all the visualizing and exploring I’ve been doing for the past five years seems to have solidified into an actual plan.[flickr]:http://www.flickr.com/photos/da5zeay/sets/72157622959870275/ I had a good Christmas holiday, spending time with my sister and her boyfriend for a long weekend of cooking, eating, and general merrymaking. I scored a ukulele and an Alton Brown-approved infrared instant-read thermometer, some scooter-related paraphernalia, and some cool wall art!

I’ve also been sticking to the oatmeal experiment. The interesting thing I’m finding about oatmeal is that it touches people’s lives in so many ways. Last week’s post on oatmeal garnered the most comments I’ve ever seen on a recent post; people love their oatmeal! I’ve been taking [pictures of the oatmeal in a Flickr set][flickr], but haven’t really engaged the subject beyond basic research on wikipedia. 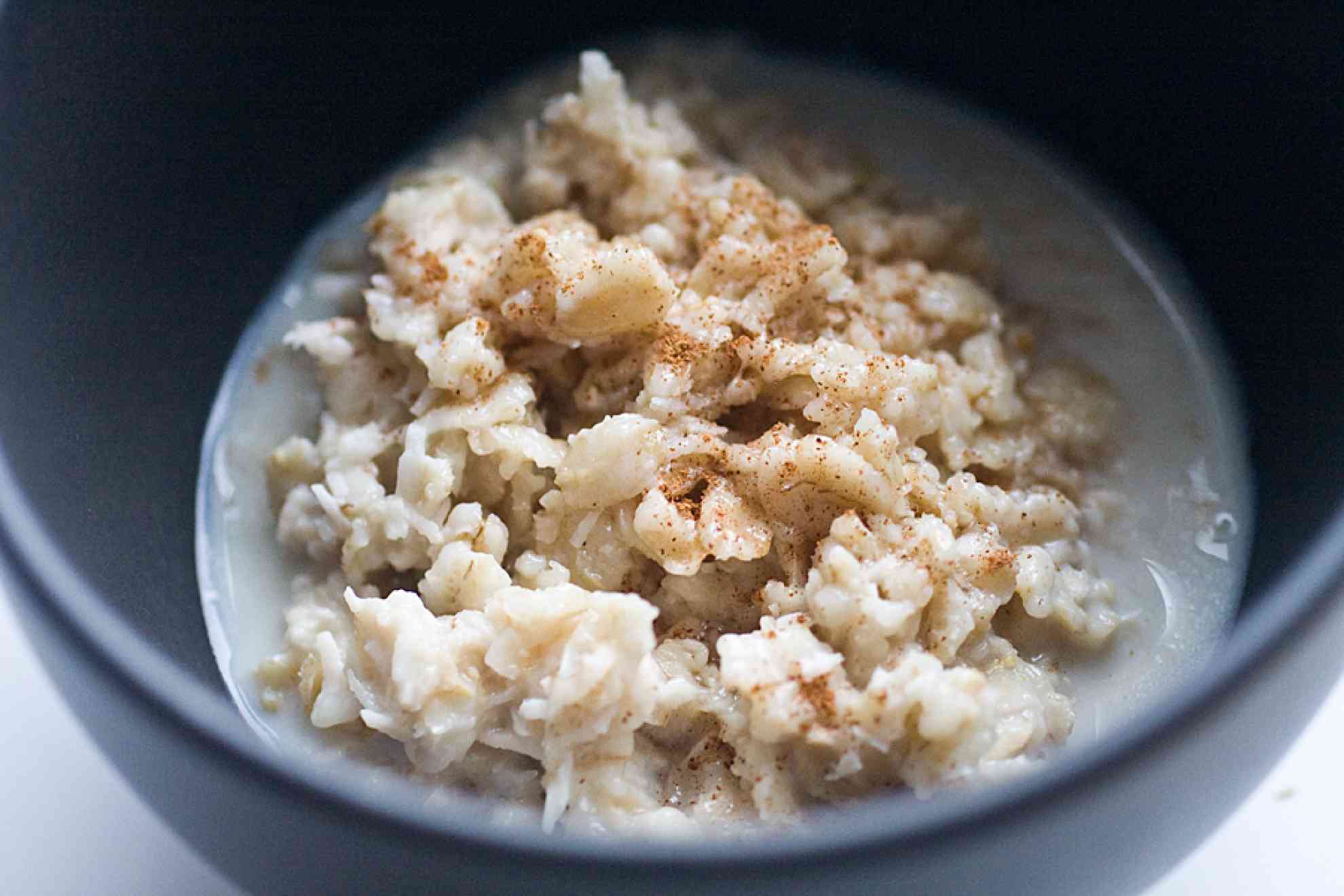 Oats are ancient staples, and it’s absolutely fascinating to read about the place of the oat in Scotland, where a short and wet growing season make it the favored grain over wheat. I can imagine using oats as a starting point for a “back to basics” eating experiment in 2010. I’m a little tired of eating fancy food, and I’m definitely tired of being fat, so I would like to see what it takes to survive healthily on minimum daily staples that are local to my region. The picture above, which links to my Oatmeal Flickr Set, is of some toasted coconut and sweetened soymilk organic rolled oatmeal my sister made. Mmm. 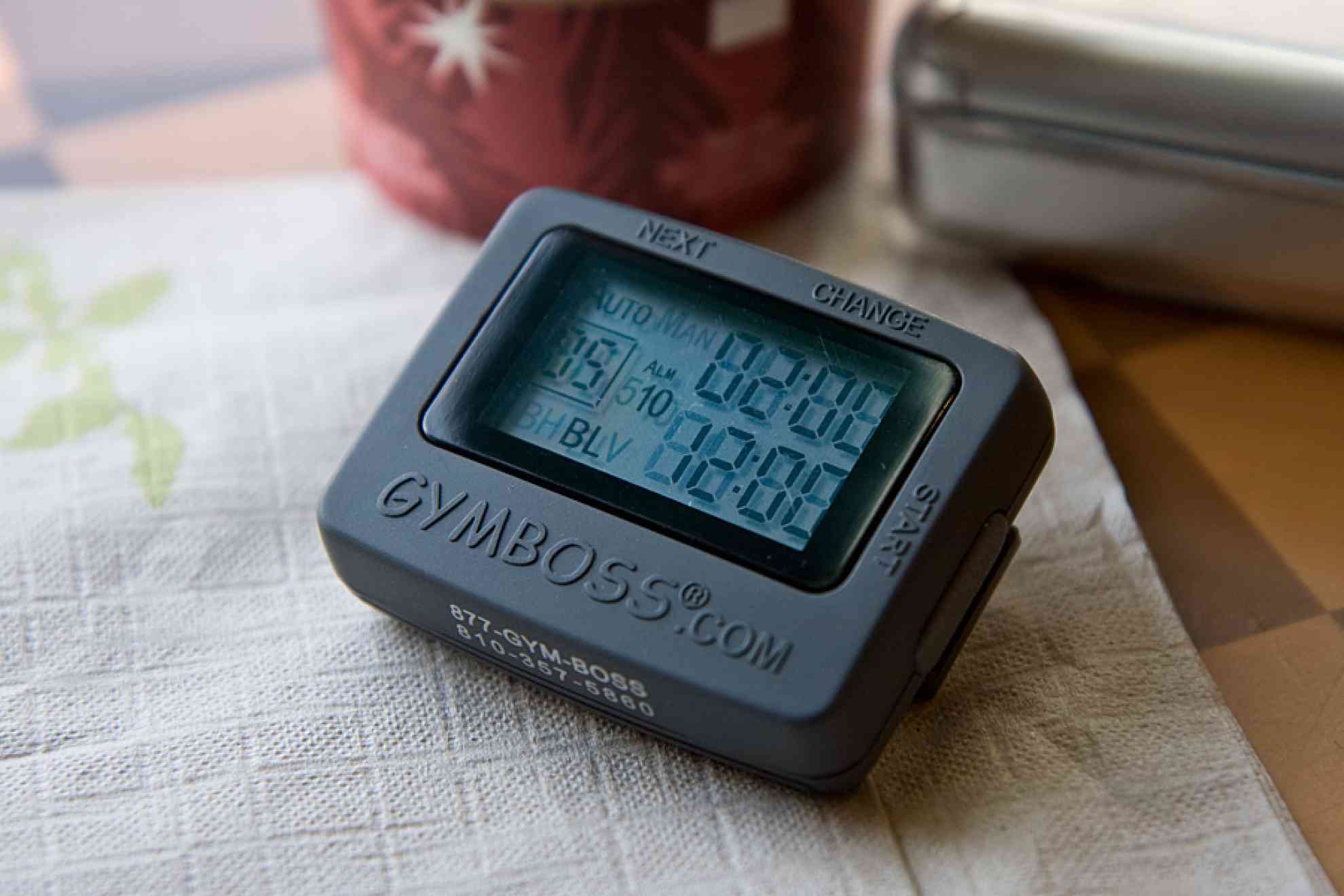 In other news, I picked up a new Gymboss Interval Timer after reading Melodic Heavy Metal Guitarist Lori Linstruth’s review on her blog. If she says it’s not crapola, that’s enough of an endorsement for me to run out and pick one up. An interval timer, if you’re not familiar with them, is used for a kind of physical conditioning called interval training, which mixes periods of slow exercise with shorter bursts of activity. For example, you can run for a 10 minute interval, then sprint for a 2 minute interval, then go back to another 10 minutes of running, repeating ad nauseum. This happens to work very well with procrastination hacks like (10+2)x5. In the past I’ve used my Timex Ironman Triathlon wristwatch which is blessed with many alarms and timers, but has the unpleasant property of beeping for quite a long time after each timer expires. This makes it unsuitable for working in a public place. The Gymboss isn’t nearly as flexible as my watch, but it has two interval timers that can loop indefinitely, and it has a silent vibration-only mode. It seems to borrow a bit from pager technology in the same way my Invisible Clock II does as well, but without the complicating programming that keeps me from using that device. So, I am giving it a try this week. It’s not a very big unit; the picture above shows it next to a Starbucks “tall” coffee cup. 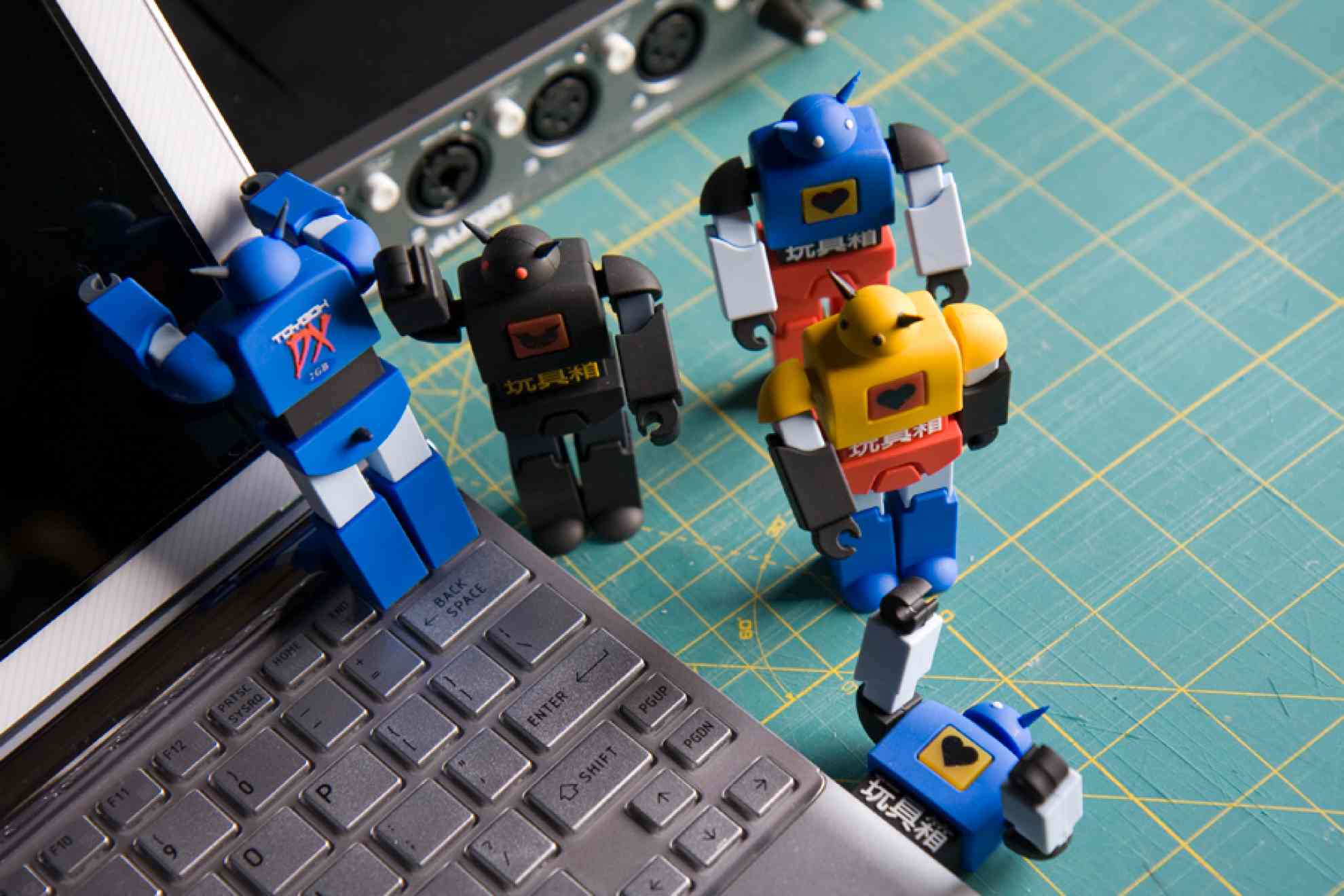 My friend Alen Yen has also started selling some awesome custom-designed 2G USB Flash Drives, based on some original character designs he’s been working on for nearly as long as I’ve known him. He’s got quite a line of stuff coming, and it’s great to see that he’s making headway into the world of creating toys. He’s just one guy, and he’s putting his own money into it.

Alen has always been a huge fan of Japanese Super Robots, a genre of anime that dates back to the 70s that featured huge robots battling each other in a manner similar to Godzilla versus the monster of the week. Awesome stuff. I picked up a 5-pack of nekodrives myself (shown above playing with my Toshiba Netbook), anticipating that Series I would sell out soon and figuring that they would serve as reminders that making stuff and getting it out there is one of the five things I want to accomplish more of in 2010. Alen made robot cat toys that light up and store data! I want to make something just as cool.

Over the next few days, I’m going to be updating the various Printable CEO forms for 2010. The new 2010 Compact Calendar is already posted and being localized by other bloggers around the world, so at least that’s taken care of. I may start making pre-printed versions of these too and see how they hit; the goal would be to make them as cheap as possible. On top of that, I need to actually promote and market the [pre-printed Emergent Task Planner Pads][etp]; I’m about 1/3rd the way through my inventory on Amazon, but I think I can start to move more units if I just post a decent “how-to” guide and write it up a bit. I need to do this for ALL the tools; this would be a prime use for the domain name I purchased several years ago.

I’m also getting my own design service offerings together. There is a lot of stuff swimming around in my head right now, and I need to get some of it straight so I can stop thinking and starting executing the plan. This year, unlike years past, I have a pretty good sense of what needs to be done, and I am out of excuses as to why I am not making more things happen. Doing is now the easiest path forward. After five years of preparation, I am antsy to get going.

2010 is going to be an interesting year.