Friday is my last day in San Jose, which was pleasantly sunny but chilly–chillier than I expected, actually. I shouldn’t complain since I have been hearing that New England is getting hammered with snow. Here’s hoping that I don’t end up camping out in the Chicago Midway airport Food Court tomorrow. On the plus side, Midway has a pretty decent food court, as airports go. But I digress! Here’s what’s going on:

We had a small gathering of five productivity nerds on Thursday night, meeting at an open air mall called The Pruneyard in Campbell, California. My fellow productivity enthusiasts informed me that The Pruneyard is a popular meeting place for events in Silicon Valley, particularly because there are several good restaurants right there. After convening at The Coffee Society, we moved on to a diner-like place called Hobee’s, where I had a club sandwich served with TORTILLA CHIPS on the side instead of fries. It’s these regional differences (or perhaps it is just a Hobee’s thing) that I find fascinating about new places.

The conversation opened up with an inquiry into The Great Big Mess that all the information capturing we do seems to create. After a great deal of inquiry about job text, performance metrics, and the tossing around of the word “orthogonal” more than a few times, we came to a tentative conclusion that the ideal system would have the following characteristics:

This is the DREAM SYSTEM, and on first glance it seems untenable. Note taking is essentially the entire scope of information capture; anything we think we should be able to recall later is fair game. This includes conversations in the hallway, planning meetings, things on the Internet, email email email, and pieces of documents scattered across dozens of computer systems. A great deal of our time is spent processing all this raw input into useful resources (or it should be); the seminal information system designer Douglas Engelbart had observed that much of our time is spent just doing clerical work. TThe percentage of time spent being CREATIVE (like, actually making something) is pretty small. Once you have your nuggets all in a row, you naturally want to have them accessible. This is a form of magic. I think the reason devices like smart phones, PDAs, and even Moleskines and Hipsters are so popular is because they are arcane artifacts in a mundane world filled with ordinary information. At least they would be, if they actually worked. Right now, these systems function because we spend a lot of energy maintaining them with methodologies like Getting Things Done and 7 Habits. That isn’t quite magic, though…what we want is something we DON’T have to work at constantly, because we’re lazy and believe we have better things to do. Even if we force ourselves to do them, we don’t enjoy it.

I’ve written about productivity systems in the past in terms of the importance of context, but lately my emphasis has shifted to continuity as being even more fundamental when it comes to doing stuff.

The better user interfaces I’ve seen have addressed context through intelligent screen layout and functional grouping, but I haven’t seen anything that really pays attention to continuity. My paper-based tools tend to enforce continuity probably because I need it; I don’t have a manager who’s job would be to direct my energies along fruitful paths. The modern knowledge worker has so many things going on that it’s impossible to maintain continuity of everything, so you’re forced to do it very badly or learn to shut things out. For people who want to do more, they turn to a methodology that ensures that they ARE maintaining continuity; this is one of the strengths of GTD, though it doesn’t help you with WHAT you should be doing to achieve your desires. That’s a different system.

After realizing that we were chasing a system spec that was basically asking for the moon, our brainstorming became more animated. Some of the suggestions (that I think I can share):

p>There were various products mentioned throughout the night in this context: OmniFocus, OmniGraffle, Microsoft OneNote, 37Signals Basecamp / HighRise / Backpack, That Mac Program That Keeps Track Of What You Are Looking (name?), Tablet PCs, and Moleskines are what I remember.

Some readers have had problems with the RSS feed updating multiple times for the same article. I’ve started seeing this too in the email subscriptions, and I couldn’t for the life of me figure out why certain posts kept reappearing. I finally dipped into Expression Engine’s RSS template and looked around to see what actually goes in there, and after some reading have tried changing:

From what I can tell about RSS feeds, the “globally unique identifier” (GUID) is supposed to be unique but is otherwise just a string. I don’t know if there are strange inconsistencies happening in the way {gmt_entry_date} is producing its output as a HH:MM:SS…maybe my server is wobbling slightly on the way seconds are being reported. And wouldn’t the date of the post be a more stable GUID string? Anyway, I just nuked that whole part and I hope the RSS problem fixes itself.

Two culinary food finds on this trip. First, this is an excellent spicy hot sauce: 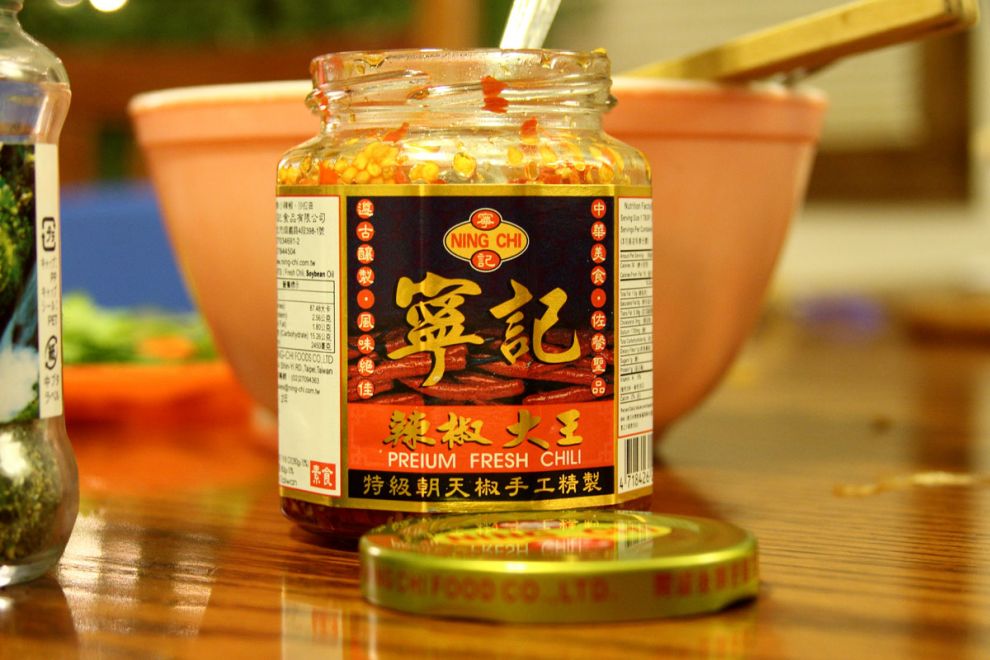 My cousin Ben, who tries every hot sauce he comes across, turned me on to this. He warned me to use only a little bit. I spooned on just a bit more than he suggested, and my mouth was scorched in the most loving yet alarming way. The entire top of my scalp started to sweat profusely and my eyes filled with tears of joy and consternation. At the same time, it was more than just heat…there was flavor and warmth and a feeling of some accomplishment. The heat lingers too, becoming stronger over the next 5-10 minutes, so be careful. Really yummy.

We also had lunch at a place called Plaza Garibaldi in San Jose, which had these tacos: 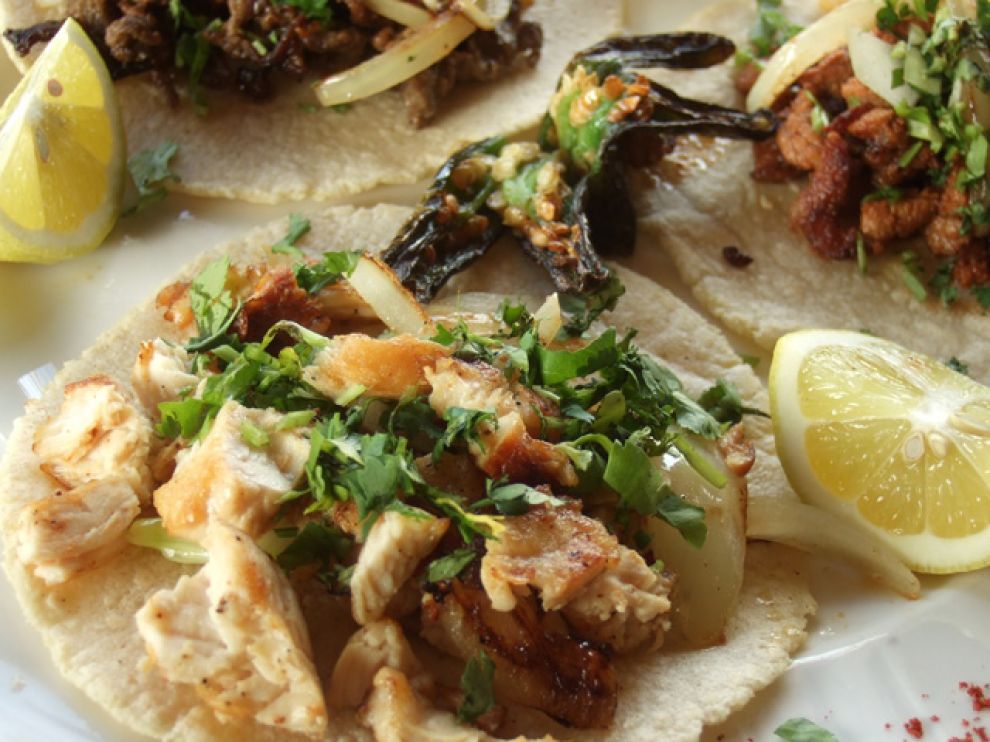 They were good in a way I didn’t expect: as an ensemble cast of ingredients, each offering its own contribution to the overall taste. For me, my reference point for tacos are Taco Bell and the numerous so-so Mexican restaurants scattered around New England. The tacos were not intensely flavored, and because of that there was a much more interesting flavor arc. It was subtle like a quiet passage in a piece of classical music, requiring you to listen carefully so you can catch what is going on. I liked them quite a bit, but in a reflective way.