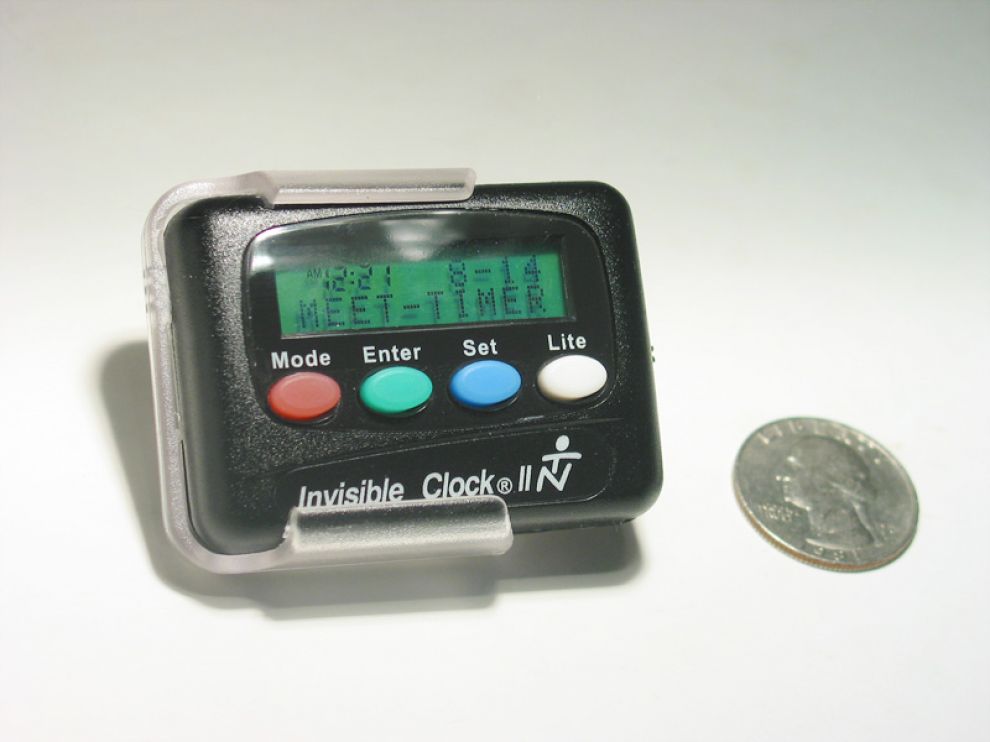 When I was in Harvard Square for a meeting last week, I happened to notice The Swiss Watchmaker on Church Street. I popped into the store and looked around, and was struck by the matter-of-fact quality of the place. What was especially cool was that there was some kind of lesson going on behind the counter between a master watchmaker and two students. There was old-school craftsmanship was going on. Not having thousands of dollars to spend, I ducked out but noted this store’s existence for future reference.

This weekend I was in the Square again, this time to hang out with my sister and her boyfriend. I had gotten in a little early, so I had some time to wander by the Swiss Watchmaker. I noticed a sun-faded sign in the window advertising something called The Invisible Clock II, which featured all kinds of alarm and timing modes. Always on the look for interesting time-keeping gadgets, I decided to drop in and ask to see the unit.

Being a Saturday, the store was a little more relaxed feeling. I spoke to one fellow named “Moose”, who was happy to tell me all about The Invisible Clock II. It’s a light but fairly-rugged feeling unit, powered by one AAA battery. It’s about the size of a small pager, and comes with a belt clip. It’s primary raison d’etre is to keep track of time intervals. Here’s what it does:

p>On the down side, it only has 4 input buttons, so programming this thing is like solving a puzzle in a puzzle-adventure game like Myst. Moose spent some time showing me how the programming worked, following the instruction in the 4-page instructional pamphlet. I asked him what people tended to use it for, and he said people who needed to take medicine at certain times, professionals who needed to time sessions, people who ran meetings, and so on. I myself just wanted it to remind me to keep track of what I was doing with [The Emergent Task Timer][ett] when I was away from my desk, plus I was attracted to the re-invention of the timer into a small device. At $45.00 it wasn’t cheap, but the day I was in the store happened to coincide with a Sales Tax Holiday in Massachussetts. Swiss Watchmaker has a 10-day return policy, so I figured I could at least try it out and return it if I really didn’t find it that useful. You can get the device for slightly cheaper at Time Now’s website. They also sell on eBay. 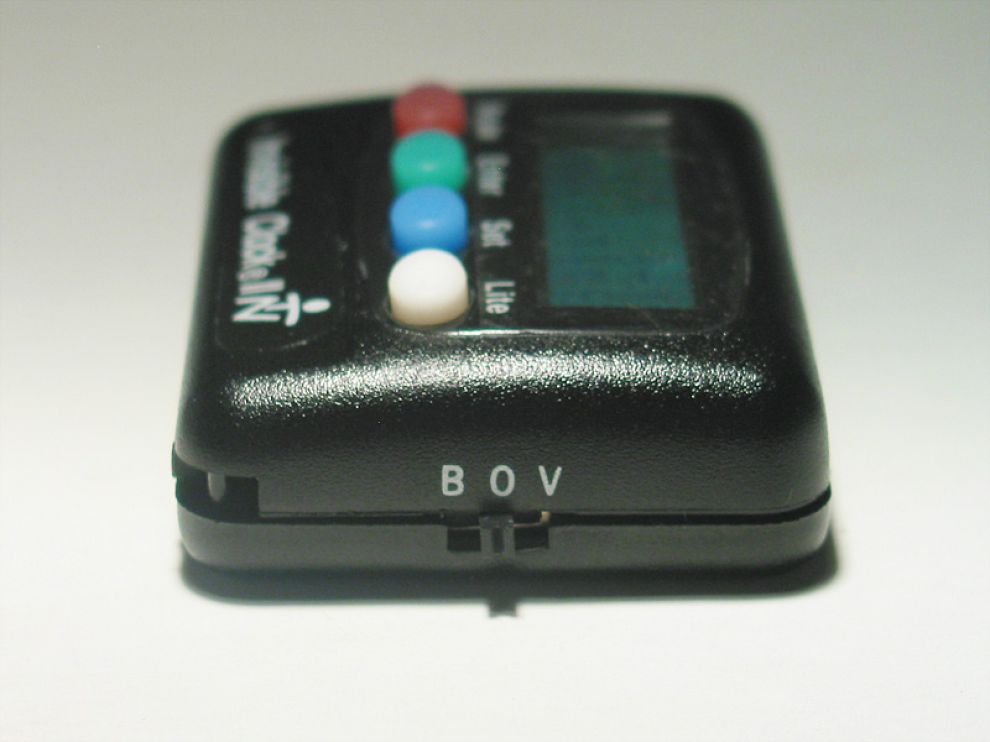 I’m a little concerned about the quality of the side switch, which is used to set BEEP, VIBRATE or OFF mode, which you can see here is a pretty ordinary looking. I guess I am spoiled by the sealed slider-type switches you see on mobile phones. Other than that, the unit seems pretty solidly built. I’m going to try it for a week and see if it really helps.

As I got ready to leave, I chatted with Moose a bit to learn a bit more about the store, and he was very passionate about what they did. The Swiss Watchmaker in Harvard Square is, from what I gather, one of a few very specialized establishments in the world that is capable of servicing the world’s high-end watches.

Clearly, Moose was a man who was passionate about watches. The next time I buy anything even remotely related to watches, I’m going to check out this place first. They had some specialized stopwatches that might also be suitable for task timing, but I didn’t have time to look at them. Moose invited me to come down and talk watches anytime; he said something like, “think of this store as a working museum”, which was an excellent way of describing the shop. I just love places like this.