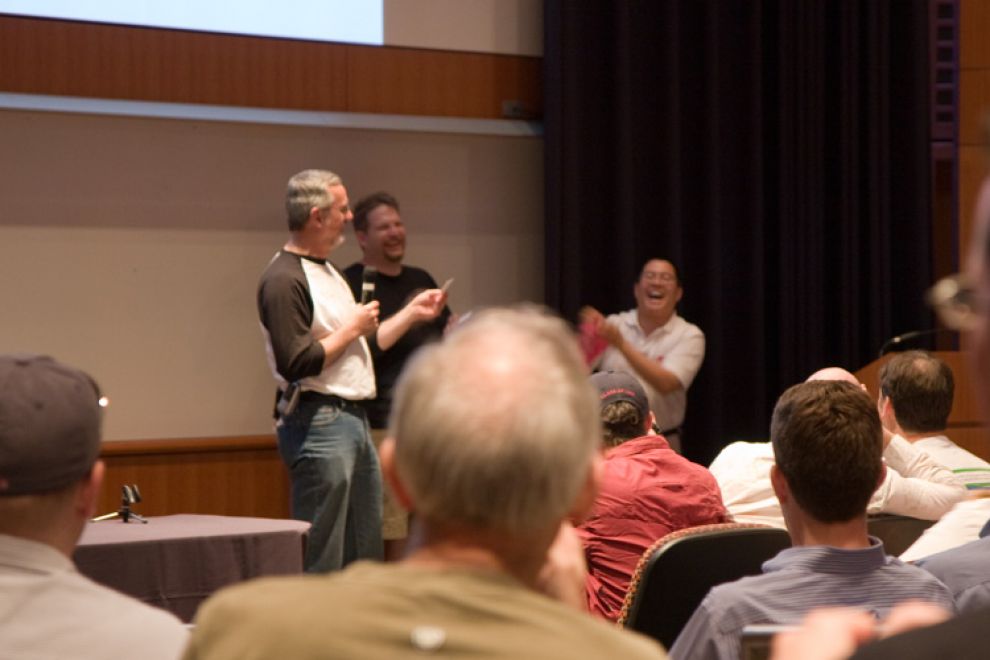 Yesterday was the final day of PodCamp Boston 3, and I had a really great time. I wasn’t sure if I would fit into a social media event, but apparently what I’ve been trying to do for the past two years IS social media. It all started with insights from my first SXSW, and more recently I’ve been going through this progression of insights over the past month that have led up to this insight:

p>So what is social media? You can read the definition on Wikipedia, but I would flip it around and say that it’s reaching people and making a genuine personal connection steeped in shared passion. It’s not about technology. It’s not about increasing the size of your network. It’s not about monetizing the eyeballs that advertisers are desperate to reach. For me, it is about making a real one-on-one connection, to create enthusiastic conversation. What social media does, from an action-oriented methodology perspective, is create the context where such conversations can take place. That’s the way I’m thinking about it, anyway.

One of my favorite presentations at Podcamp Boston 3 was C.C. Chapman’s Building Your Brand Through Passion & Community, because C.C. is a living example of the kind of transparency I applaud. I didn’t keep good notes, other than the link to the awesome Where The Hell Is Matt dancing around the world video, but I remember feeling that for the first time, I had some external confirmation that it was OK to equate brand and personal identity. I do not need to compartmentalize my interests for the convenience of marketing myself as a package to different special interest groups. However, I do need to be cognizant of the need to make those aspects of myself easily approached; that also means that they need to be clearly presented. That isn’t the case at all right now on this website, and the scattered nature of my topical writing isn’t helping either. On top of that, there are several threads that I haven’t reported on in a while: the gospel music project and the freelance network wiki are foremost on my mind at the moment. I’m feeling bad about this because continuity is important when you’re trying to do anything of lasting coolness; you can see the tie-in to productivity here.

I met a ton of cool people, and feel plugged into the possibility of having found another community that’s close to my heart. And this time, it’s right here in the Boston area. Awesome.