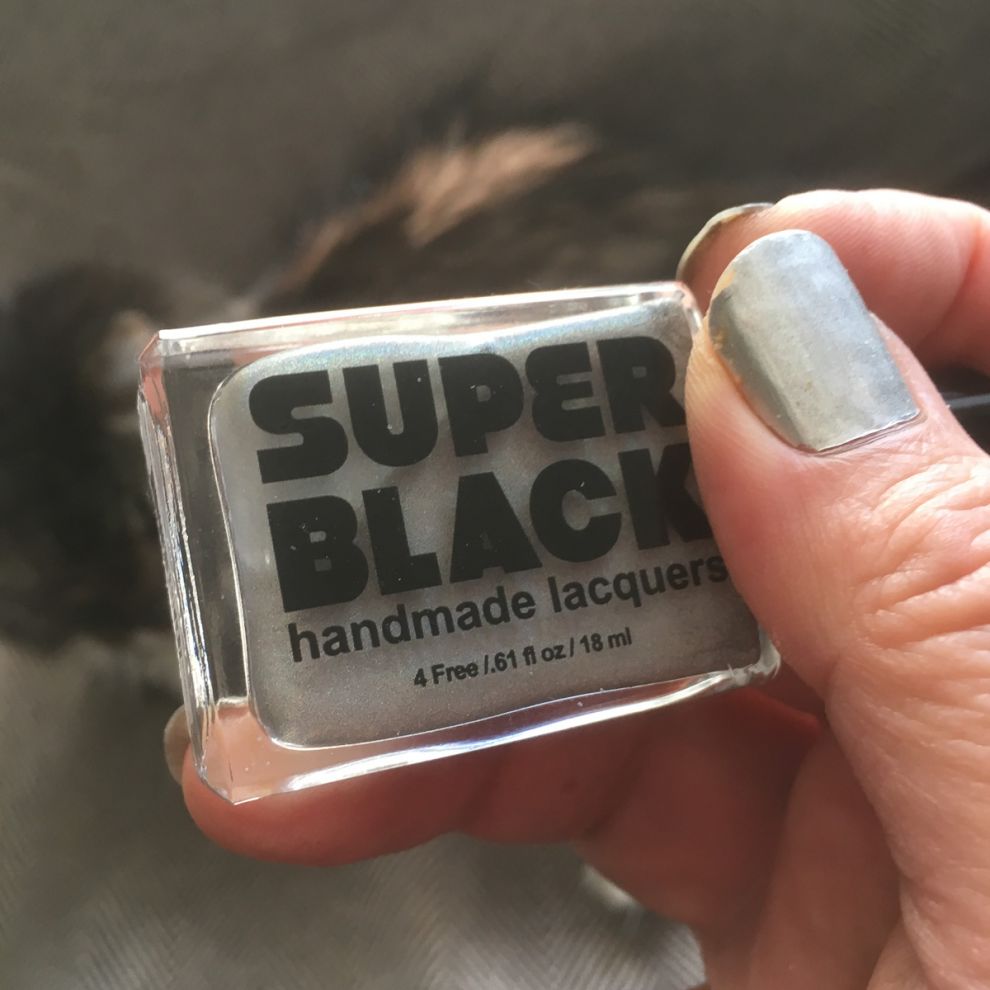 Hey it’s Thursday, time for another “regular post”. I thought about NOT doing one because I had already posted yesterday’s length Groundhog Day Resolutions Review, which was filled with insights…I was tired! But I got a lot of little errands done today and am FILLED WITH ENERGONS so why the heck not?

LET’S GET SERIOUS ABOUT NAIL POLISH AND DIET SODA!

The Best Diet Soda So Far

If you don’t drink diet soda, you may not know just how horrible it tastes when you first tried to switch from regular soda (AKA “the good stuff”) to the artificially sweetened “this ain’t sugar” taste of Diet Coke. If you drink a lot of tonic water, it probably isn’t so bad, but as someone who used to like sugar Diet Coke is an advanced soda. It tastes nothing like regular Coca Cola.

After a while, though, you get used to it and even grow to PREFER it, especially when you discover that a lifetime of immobility on the couch has robbed your body of the ability to PROCESS SUGAR, and that you just fall asleep and feel like shit all the time.

For the new diet soda drinker who craves sweetness, a pretty good option to Diet Coke’s crisp-yet-leaden taste is Diet Pepsi or Coke Zero. They taste sweeter with less of that nasty aftertaste, though frankly it’s actually too sweet for me now. My go-to alternative now is Polar Diet Pink Grapefruit Dry 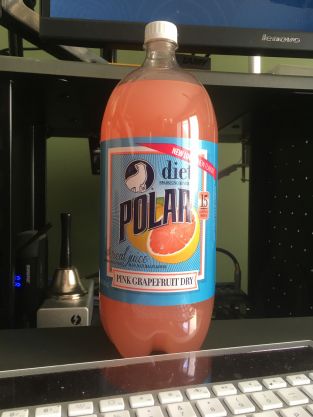 I previously liked the Polar Diet Orange Dry soda, but the Dry Grapefruit flavor is better because grapefruit already tastes bitter, and this works WITH the strange aftertaste of artificial sweetener (aspartame, in this case). It probably still doesn’t taste as good as the non-diet version, and if you’re still transitioning from sugar to non-sugar beverages it may still be a challenge, but HEY you are screwed anyway so give it a try. This is totally not a paid endorsement of any kind. I just discovered the stuff recently and am sufficiently moved by it to share :-)

I mentioned a few days ago that I’d changed nail colors to match my gray Lamy Al-Star fountain pen, but I wasn’t that excited by the color once I had it on my hand. As I was sourly regarding my nails in the shower, I remembed that I had a sparkly top coat polish that I had gotten from Super Black Lacquers called Wishful Thinking (aside: nail polish names are generally awesome). Because it is a top coat it doesn’t work that well by itself, as it is translucent and takes many layers to become somewhat noticeable. However, it works great layered right on top of the silver polish, which is Morgan Taylor Could Have Foiled Me. 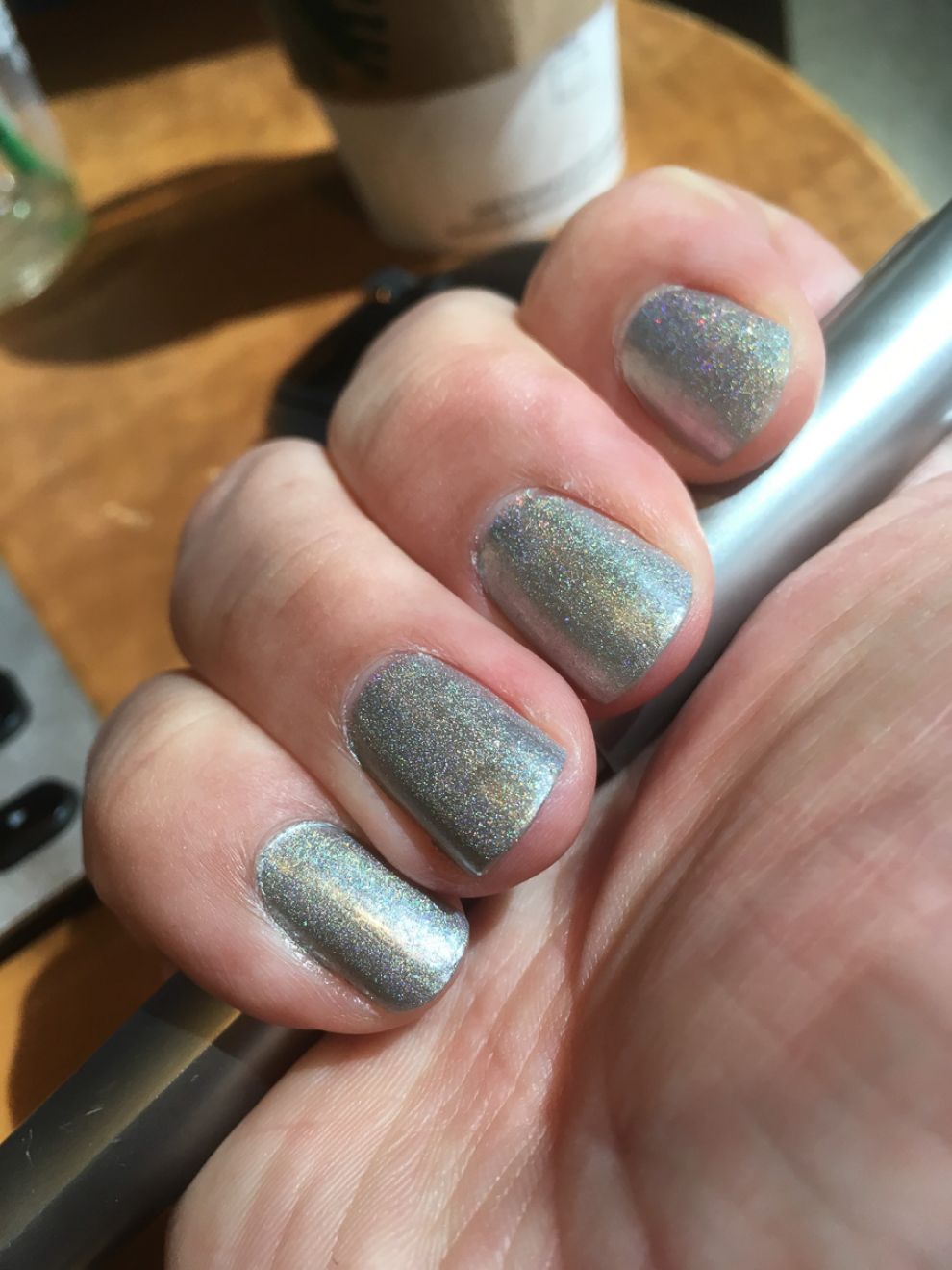 And here’s a comparison of my ring finger’s nail. 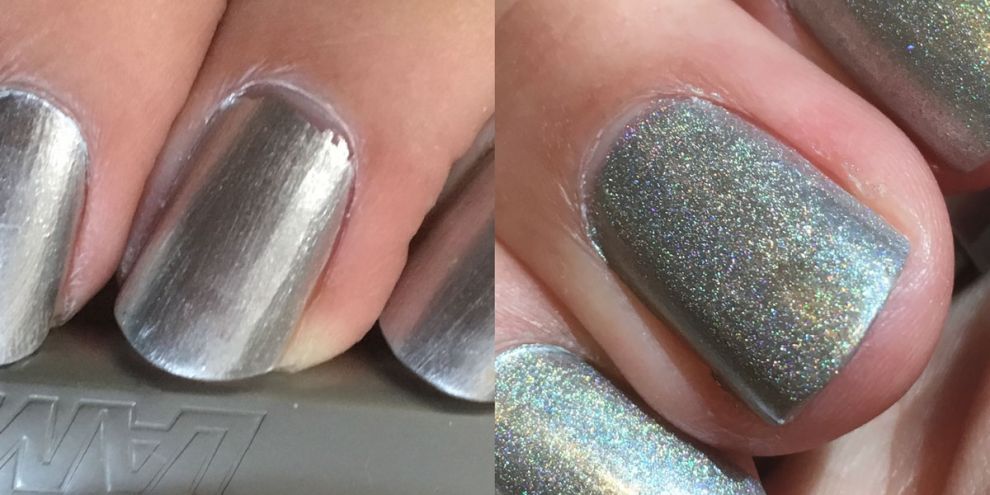 There’s a kind of dull-yet-sparkly effect going on. Its not the “liquid chrome” look I had hoped for, but at least it’s not as uninteresting as before.

Here’s the live look at the nail polish and soda, with a mini-recap of yesterday’s massive Groundhog Day Resolutions update!