11/11 is the day I review my Groundhog Day Resolutions to compare my yearly goals against what I actually did. I’ve drifted quite far from my original goals and methodology, but overall I think I’m still making progress toward something. My original methodology for the year was to try to crank out as much stuff as possible every day, but after a few months I burned out. Since then, I’ve been trying to accept a slower pace and be happy with the realities of how long it takes me to do anything of even moderate complexity. But I digress! Let’s get into the happenings of the month! 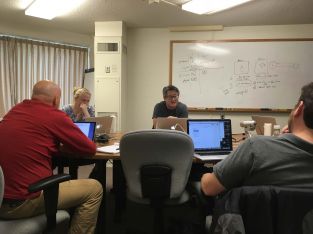 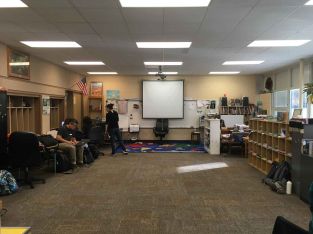 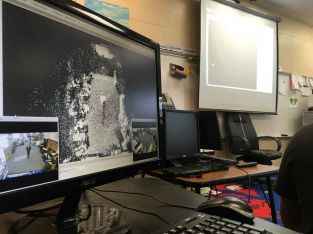 This month I spent most of my time working on Javascript code for the Promoting Learning through Annotation of Embodiment (PLAE), the learning science grant that I’m working on as a contract programmer with my friends at Inquirium. This is a new 3-year project that extends the work from Science Through Technology Enhanced Play (STEP), which itself has spawned another grant called Interactive Science Through Technology Enhanced Play (iSTEP). We had a 4-day on-site workshop with the bulk of the researchers, postdocs, and graduate students involved at Indiana University Bloomington to show what we’ve coded so far and have some design meetings.

This was the first time I’d visited Indiana University, or had even been to Indiana. It’s a nice campus, and it was particularly great to meet some more of the researchers in-person. Let me tell you: Learning Science people are a lot of fun. It’s been a long time since I’ve been around such a high caliber of inquisitive nerdity of almost-frightening specificity, and it was ABSOLUTELY DELIGHTFUL. I learned that some of my own interests in figuring out how things work correspond to what learning scientists do as part of their day-to-day work. For example, there’s an entire field called Qualitative Research that appears to work the way I think, which means there’s a lot of interesting tools for me to investigate that I wasn’t aware of before.

It was also great to ask the researchers individually what their learning research interests were; Indiana U-based Principal Investigator (PI) Joshua‘s is interested in how presentation style itself conveys meaning in the context of learning (very ‘communication arts’ compatible), and UCLA-based PI Noel is really into collaborative learning. I met grad students/postdocs who were pursuing research in:

It was really inspiring to meet so many bright minds, and made me want to start some kind of research group myself. I think I have been converging on this for a number of year with my website, and I have some ideas how it might work. Stay tuned! In the meantime, I’m also looking for sociable Javascript developers with experience in using D3, ThreeJS/WebGL, NodeJS-based systems programming, realtime graphics, and maybe mathematical modeling of physical simulation to help out with the occasional focused contract project. I’ll post more about this here later, but if this sounds like your kind of thing and you want to chat, drop me a line on Twitter or through my contact form.

On the last day of the trip I picked up some kind of Hoosier cold, and was wiped out for the next 12 days. The surprise election of Donald Trump then wiped me out for another two days; it’s only today that I’m feeling back to myself.

Since I’ve been sleeping a lot, I’ve also had a lot of time to think about my challenges in staying productive. The past month of coding work was more intense than usual, characterized by these challenges:

My original schedule did not come out as planned, as I had to go back through some very very old code and bring it up to spec just so we could test a boatload of new features; as a result I didn’t get to the parts I really wanted to tackle. I originally thought I could implement a very small subset of the ancient code, but soon realized that I really had to port the entire mess and bring it up to spec. As it turned out, though, having that complete port working made a lot of OTHER things possible, and because we had it all working for the Indiana workshop we are actually a bit ahead of the game now. Whew!

I think the moral of the story is that despite my desire to get long lists of chores done as quickly as possible, it’s OK to work slow. In fact, for a project like this, working fast just isn’t possible. Oh, I could half-ass things just to get them done, but I can’t bring myself to do it. If there’s anything I hate more than working slow, it’s working DUMB.

I think I am starting to accept slowness, finally, by not worrying so much about how fast I do things. I’m also learning not to worry about more than one things at the same time. I’m still very bad though at doing anything I have to do because I’m just ornery that way, and when there are many things that I have to do this tends to put me in a depressive state. Recognizing this, I’ve been much kinder to myself and try not to worry about speed, excellence, or appearances in my work. Really, that just takes care of itself; the work will be as the work comes out. If it takes longer, it’s because more time is needed. If there isn’t enough time, delivering what is doable is just what happens and we work around that best we can. I understand this, but it’s taken a long time to really ACCEPT it as an acceptable reality instead of a horrific indicator of incompetence. Being slow doesn’t mean I’m stupid. Not knowing how to do something doesn’t mean I’m an idiot. Well, at least not NECESSARILY an idiot :-)

A Balance of Funner Things

I’m also coming to grips that when I worry too much about all the work, I tend to deprive myself of relaxing fun things. This leads to burnout; I am sure that part of my extended “sickness outage” was due to just having be burning hard on getting all that code working broke something in me, and I lost my desire to work.

So, I’ve been trying to take more little breaks during the day, and have been continuing to use the Coworking Discord Chat as a social outlet. I did get out a bit too: 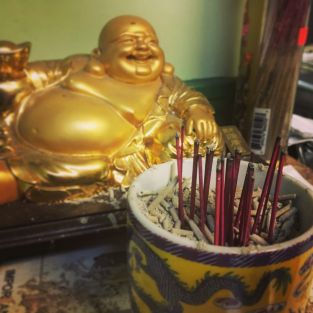 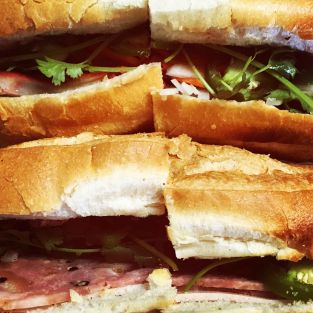 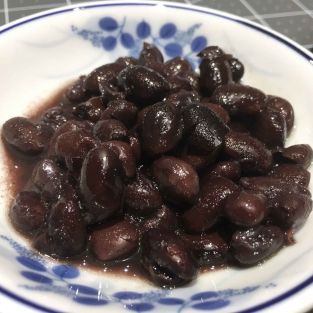 I’ve been hitting Saigon Sandwich quite a lot, which is a Vietnamese restaurant in Nashua NH that serves banh mi sandwiches. These are really great sandwiches, and Saigon Sandwich makes very good ones. I am so happy! I’ve been learning how to cook beans; these are black beans that I have been mixing with rice to try to make a cheap easy meal. I’ve got a pile of dried soybeans, red beans, lentils, garbanzo beans, and kidney beans to try next. 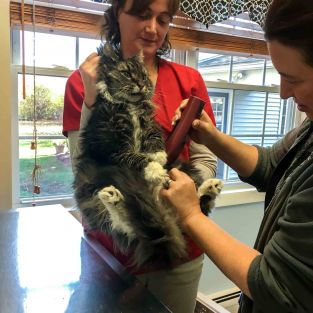 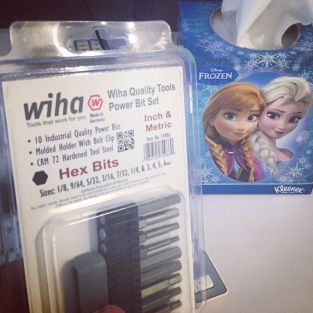 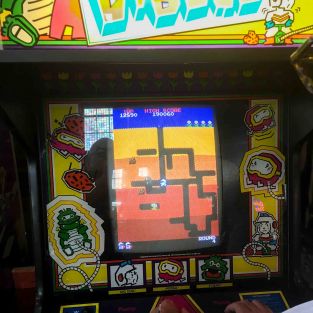 I had to take one of my cats to the vet for his annual checkup and blood sugar test (he’s diabetic). He had some tricky mats, so they shaved them off. He took it surprisingly well…for about 3 minutes. I bought some nice German Wiha drill driver bits, having finally gotten fed-up with the cheap ones I had bought in one of those mega-packs from the big box hardware store. Also, for my friend Alen’s birthday I got to hang out in Salem at the Bit Bar, which is a pretty neat bar/arcade.

I’ve also allowed myself to buy some fun things through my chore bounty system; I allocate a percentage of my projected income for the month into a virtual piggy bank that dispenses cash into my “unnecessary purchases” slush fund. This month I got:

So, How am I Doing Overall?

I feel pretty good! Let me tick off the stuff that’s on my mind:

So that’s it for this report! November is the last month of Groundhog Day Resolutions, because it gets crazy with all the holidays after 12/12. Thanks for reading, and have a great month!