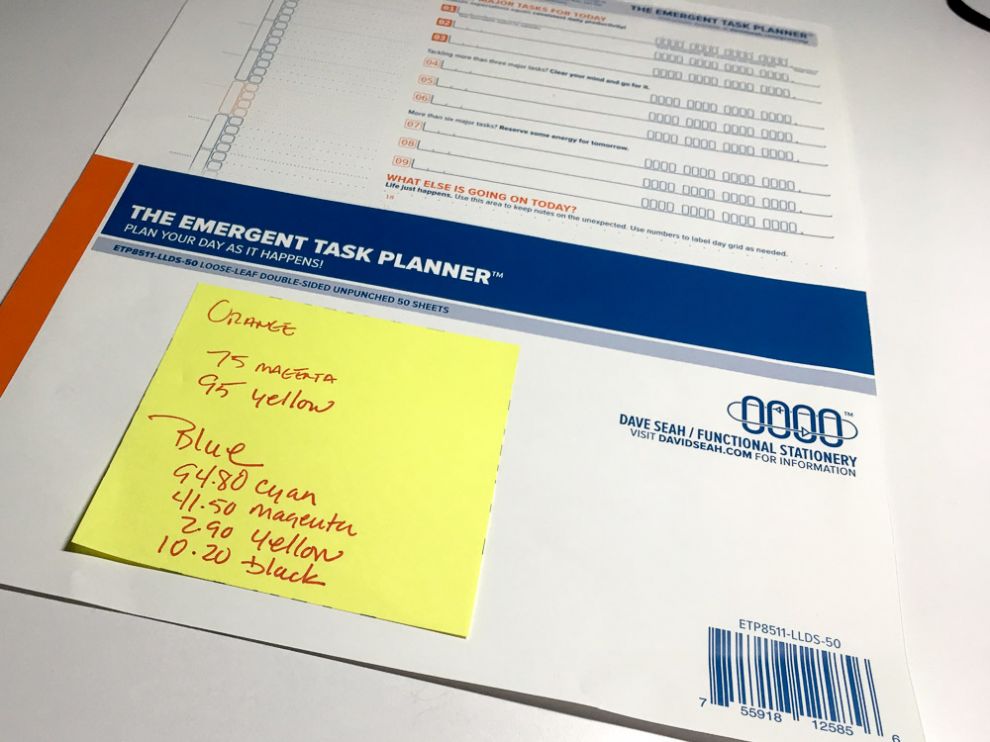 Happy Groundhog Day Resolutions Review! This is the last review of 2016, because this is when I take a break from yearly goals to deal with holiday madness. This ends the 10th year of practicing Groundhog Day Resolutions, so you’d think I’d be really good at them by now. However, I STILL have not cracked the code to my personal productivity in a list-friendly format. Perhaps the most I can say is that I have persevered for 10 years, and that I might have enough data to start drawing some real conclusions.

Those conclusions will have to wait until next year; for now, I want to focus on just finishing up the year with this final report. There are some good insights I’ve had, despite the past month not feeling particularly productive. I have mostly, to repeat the word, persevered through the lulls. I have not beaten myself up too much about it, but I have to admit that I have felt depressed about my lack of energy. I have a theory about this, which I’ll get into after describing the month’s doings!

Since November 11th, the day of my last Groundhog Day Resolutions Review, I’ve been recovering from the extended bout of the flu that lasted from October 27th to November 14. I avoided long-term complications of bronchitis (which I am susceptible to) or pneumonia, thankfully, though it was touch-and-go for one week. During my sick time, though, I dropped the early morning stream which anchored my day. Truthfully, though, the 715AM streaming time wasn’t always working well because I did not practice good “sleep hygiene” by winding down an hour before going to sleep by 11AM. Even when I made the 715AM streaming time, I would sometimes fall asleep afterwards or take a mid-day nap, which meant I still went to sleep late. Forcing myself to stay awake was not particularly productive either, because my brain would be so fuzzy that I couldn’t hold a thought for more than a few seconds until after I took the nap!

But I am starting to digress…what did I actually get done on my three goals for 2016? Here are the goals again:

I actually have made some progress on NSB, finalizing the design work for the packaging sheet, taking product photos and also making final selection of the cover stock for the “full sized ETP notebook” just last week. That notebook is now in production, and I have to make the four individual front packaging sheets now. I should be able to do that tomorrow. This is a BIG DEAL to me; I’ve been trying to expand the line of products for sale on Amazon for years, but kept second-guessing myself while letting my contract work distract me from making a final decision.

I didn’t make any appreciable progress on the 2024 Goals, but for “Sharing What I Love” I’ve restarted Livestreaming again. While I haven’t been doing the “15 minutes in the morning stream” since recovering from my illness, I have started to play with a new format I’m calling What’s Up Dave. The idea is to develop a more conversational daily stream, where I just learn to talk to the camera as if I’m talking to my dear friends. I’ve had a rocky start trying to figure out exactly what that means, but as with anything I’ll keep hammering away at it daily until it starts to make sense. I’ve also started sharing the virtual coworking sessions again, building up the library. Not many people watch, but the act of livestreaming often makes me more productive because explaining what I’m doing seems to keep me focused on the work. I also tend to not blank-out as much because PEOPLE ARE WATCHING and I don’t want them to get even more bored. I know there are some people out there who just like to play the videos as background noise as they work, and this is encouragement enough for me to continue doing them.

Issues of the Month

It’s funny how good I feel when I list what I got done in these reports. While I’m doing them, though, I feel terrible. I am hugely aware of my lapses in attention and the slowness of progress. Why am I always happy in hindsight, never before?

I think part of my malaise comes from the ongoing struggle with balancing work and personal projects. On the work front, I have a lot of things to do before February 2017, and we have another related project starting soon. Fortunately we have added another Javascript contract programmer to the project (aside: if you are a Javascript programmer who develops web apps and feel an affinity for my analytical writing approach, contact me!). The sheer weight of this project, plus the challenge of bringing another programmer into our world, has kept me from feeling totally free to spend time on my own work. I know this is a silly feeling, as I can totally spend time on my own work, but it’s hard to feel 100% good about it when I feel I am not efficient enough with my time. In other words, if I am not making “good use” of my time when working on my own projects, I feel I am am stealing the time from important work that others are relying on. And when I can’t push myself any faster, I feel like I am not living up expectation.

This has been going on for a while, I think, and it’s developed into a general malaise toward starting any new projects. While the Discord coworking chat room has helped keep me focused on the intent to do work, I’ve been finding it very difficult to maintain focus. It has been a struggle to get even a few things done each day, pushing through a brain fog that easily derailed me.

This is a sucky feeling. I’d like to be reliably in the work mode, but these past few weeks have not felt particularly productive. I could be selling myself short achievement-wise, but also I know I haven’t lived up to my own expectations. I’ve set a pretty low 4 hours a day average for the contract work, which is what I seem to be able to do sustainably these days, but even then it takes ALL DAY to get up to that amount of billable time because I keep getting distracted.

To help get into the work groove, I’ve tried these standbys:

In the past the application of all these techniques have helped, but they are not quite enough this time. I find myself getting lost in thought loops related to identity and purpose. This is a cycle that repeats every few months for me so it’s nothing new, but THIS time I’m finding these questions annoying. Perhaps it’s because I’m tired of coming up with answers that seem to change. I think that the corresponding lack of interest in my own personal projects is related to these feelings; I have the goals all set, but I have lost the desire and drive to do them with gladness. Instead, I perceive them as dismal chores to which I am shackled. This is not a good way to think about one’s personal goals!

When I started writing up the notes for this blog post, I livestreamed the session to try to make sense of it. By livestreaming the process, I ensured that I was able to stay focused on the work long enough to come to some conclusion or “hook” to hang the article on. After about 45 minutes of thrashing around gathering my notes, I came to this insight:

I feel nothing is happening. The change that is happening slowly feels like a tiny “expected” reward rather than a big jump. While I know that slow and steady progress is how work gets done, I REALLY DESPISE SLOW AND STEADY PROGRESS on a visceral level.

I can tell myself that discipline, focus, and hard work are the ingredients for success, and I even believe this intellectually. However, it tastes like yucky medicine and I can only tolerate it in small doses. This perhaps is the root of my resistance to doing the project work. AHA! If this is the case, MAYBE THE SECRET to starting a project is not to dwell on the slow steadiness with which it must be done, but instead THINK THROUGH IT as I am doing now. Writing is a form of thinking, and I almost always feel better after writing because I know it eventually leads to actionable clarity. Once I get to writing down my thoughts, they naturally string together and create some momentum.

That’s my theory, at least.

What Else Got Done?

Not really much to report here; it’s been kind of a light month for shenanigans:

Oh, there was that entire two-week period following the US Elections that had a lot of us wondering WHAT THE HECK HAPPENED. That was probably a major contribute to my malaise earlier this month! Duh.

I’m going to save this analysis for January, when I get a chance to review the progress I made this year in more depth. For now, though, I am tentantively thinking that as the year went, it was actually fairly productive. Not a lot seemed to get DONE to me, but harkening to my earlier insight that I hate slow progress it is likely that I just haven’t been able to perceive what I’ve been doing as having value.

With that, I wish you all a happy holiday! May 2017 be a great year for everyone!