Digital Nomad Self Assessment: Not Quite Adventurous

[UPDATE: I rewrote this draft in the morning when my head was a bit clearer] 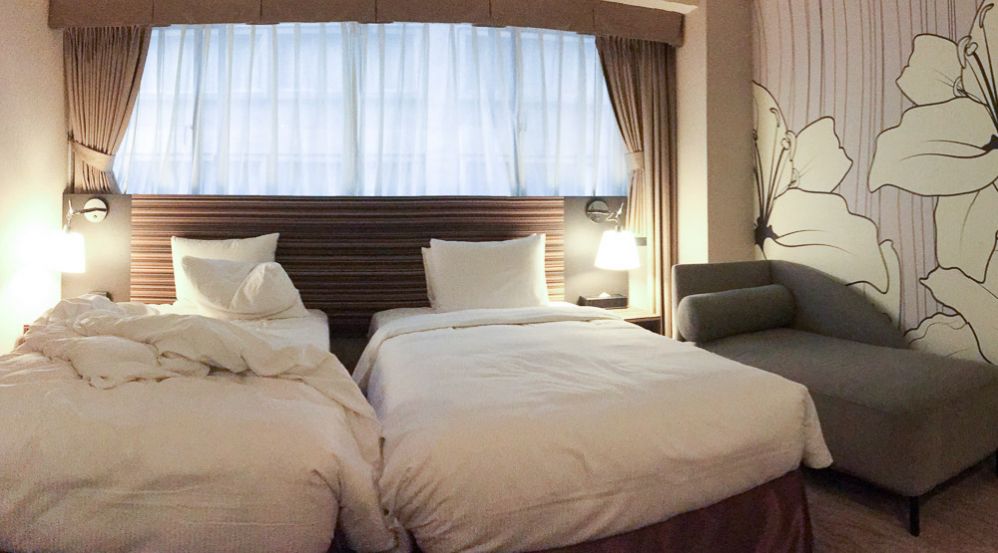 I’ve been practicing to be a digital nomad while in Taichung, a city of 2.7 million people in the democratic nation of Taiwan. I’ve been here long enough now to realize that the challenge is more than just having the right power adapters and high speed internet; I’m also working through some ghosts of my past and my own introverted nature. Here’s the breakdown.

The Nomad Test: technically successful, but not natural

Originally I thought the Digital Nomad Test would be won by successfully work remotely on various technical projects I was doing in the United States. I had my minimum technology kit comprised of high-speed internet, a powerful laptop, and a few selected pieces of gear. I also figured I would get a chance to practice my Mandarin Chinese and learn to navigate the city by myself (albeit with the family lifeline available in case things didn’t work out.

THE GOOD NEWS is that my laptop-based kit works. I can do design work, programming work, and even live-stream to my YouTube channel as I do at home. Some of the programming work is difficult to do without extra monitors and servers, but I can still do it. In the cases where I need the specialized gear, I can choose to work on high-level thinking on paper which is probably more useful.

THE BAD NEWS is that my physical environment is not conducive to work. It’s nice to spend time with my dad and have family around, and it is this interaction that is the primary reason I am in Taiwan in the first place. However, I’m finding it’s actually quite difficult to stay focused to work while at the house. This probably shouldn’t be a surprise, as a LOT of people have trouble working at home with family around and have a separate office outside for just that reason. I have lived alone for a long time so my house IS my sanctuary of silence; I’d forgotten that critical issue.

There are a few other surprise insights. For example, I don’t have a usable workspace — Maybe I am spoiled, but I am accustomed to more interior sunlight or high-quality lighting in my workspace, and my standing desk was a bigger part of my workflow than I thought. The dim lighting and non-ergonomic dining room table is making it very difficult to work for more than an hour before I get a splitting headache.I’ve started to shift around some furniture to make more space, but I’m still finding it pretty uncomfortable. The best I’ve been able to do is sit on the hard Chinese-style couch and type on the laptop without using my fancy Roost Stand, but it’s not good for any kind of work for which I like to use a keyboard + mouse. The lack of light has also been bumming me out; I realized a couple days ago that though Taiwan is just starting to roll into summer, it’s so dim inside the house that I feel like I’m getting seasonal affective disorder. While it’s really bright outside, the entire building is being resurfaced (buildings in Taiwan are covered with tile that are replaced every once in awhile to ‘refresh’ it) and the scaffolding has dimmed the entire building even darker than usual. The lights are ancient fluorescents that flicker in the greenish-orange spectrum, and it is driving me nuts.

So if it’s so dark inside, WHY NOT GO OUTSIDE or find a sunny coffee shop nearby? I’ve found that I’m not very inclined to explore for some reason, though the opportunity is clearly here and I should take advantage of it. As far as I can figure out, it’s due to (1) the stress of dealing with “character growth” challenges and (2) the lack of time and space to recharge by myself. Let me go into these a little deeper.

The first subject is dealing with those character growth experiences. These come in two categories: the old childhood phobias that I used to have here, and the new adventure/digital nomad challenges. Most of my character-growing challenges are really of the former type: speaking Mandarin, not feeling self-conscious about speaking unintelligible Mandarin, not feeling like I’m being judged constantly, and not worrying about being laughed at by strangers as I am unmasked as a illiterate foreign kid. Being in Taiwan right now, by my own choosing, is itself a big deal for me. I’ve been able, I think, to work through many of these issues as an adult now by owning my identity as an American, not a Taiwanese. When I was a kid, my strategy was the same except I was much angrier about it and rejected every aspect of the culture. As an adult, I accept I am an outsider but don’t use this as a reason to push people away. Instead, I try to just be “me” and maintain a positive attitude toward learning the culture while stumbling over the differences with a light laugh.

The reason I bring this up is that there is an energy cost to overcoming these challenges, and apparently there is a limit to how many I can do a day. I am not energized by challenges that question my sense of identity or require me to overcome self-limiting beliefs and doubts. If I am given the opportunity, I will retreat to a sanctuary of facing the challenge and need to “process” the events of the day. This is pretty typical people who are inclined toward introversion in the Jungian sense. It doesn’t mean “shy” or “scared”, just that we tend to “process” the world internally in our way instead of just bumbling around in it for excitement.

The second subject is directly related to introversion and recharging. As one who tends toward introversion, I need to have a lot of alone time with the independence to set my own schedule and environmental conditions. I suspect that introverts like myself find adulthood a great relief because we can finally have our own space. This hadn’t been a problem before when visiting Dad or Dad visiting me, because we are both pretty introverted and keep largely to ourselves doing our own thing. On this trip, though, there’s another person in the house and it feels much smaller. Combine this with the lack of good workspace, lighting, and the personal challenges I’m facing down, I need to recharge more than ever!

I didn’t realize that recharging was a big deal until I headed to Taipei on my first-ever solo trip here; this was a huge (for me) personal challenge to meet! I had been really concentrating on being prepared for the trip, concentrating on not screwing up and suppressing anxiety when several things went wrong in the morning, and so when I finally rolled into my hotel I was quite relieved. As I put my things down and checked-in with my high school friends who I hadn’t seen in over 20 years, I was suddenly struck by a delightful realization: I had a whole hotel room to myself and there was no one to tell me what to do or when to eat. I immediately took an hour long shower, then flopped up and down on the freshly-made beds and took the most restful sleep of my trip. I just flopped around in bed for a while, reading news on my iPhone, until it was time to get ready for dinner. I took another shower and bounced out in quite a good mood, had a great time seeing my friends and making some new ones, and then took another long shower and went to sleep. I woke up late and figured I would just head back to Taichung, but for some reason I was just curious enough to just walk down the street. I kept walking, letting my curiosity and dim memories guide me around, and actually enjoyed exploring by myself. I hadn’t done this AT ALL in Taichung, and I think it was because I hadn’t been able to mentally recharge. The Taipei trip is just one data point, of course, so my conclusion is perhaps hasty, but I do sense there’s some truth to it in there.

So…I’m pretty sure I’m not a natural explorer who thrives on challenges and newness. I’m more of a homebody that likes to see how people live toward their most satisfying lives, observing from a good vantage point. I suppose I am more of a nerd anthropologist than adventurer. I like being in new places and seeing what is different, but I’m not interested in sightseeing or having extreme experiences that I can boast about. I like seeing the little details that come about from how people live in a particular place. I also like talking to people to share these observations; it was really great to reconnect with high school friends and listen to them talk about business and the pursuit of their entrepreneurial dreams here in Taiwan. I have really missed this kind of talk, and Taiwan is full of such people. I forget who told me this (I think it was Sunil or Sunil’s friend Angela), but it’s said that the Taiwanese dream is not to have a good job at a good company, but to be one’s own boss. I can totally identify with that.

Backup Plan: Have a Vacation!

So I haven’t put in many billable hours at all for the big programming project, and I will have to adjust my development schedule by a month when I get back. So instead of feeling bad about it, I’ve just allowed myself to relax and catch up on television and books. This has been FAR MORE IMPORTANT than I thought it would be! Being back in Taiwan raises a lot of old memories and dreams, particularly in the area of personal identity and purpose. Here’s a few of the major media influence from the trip so far: