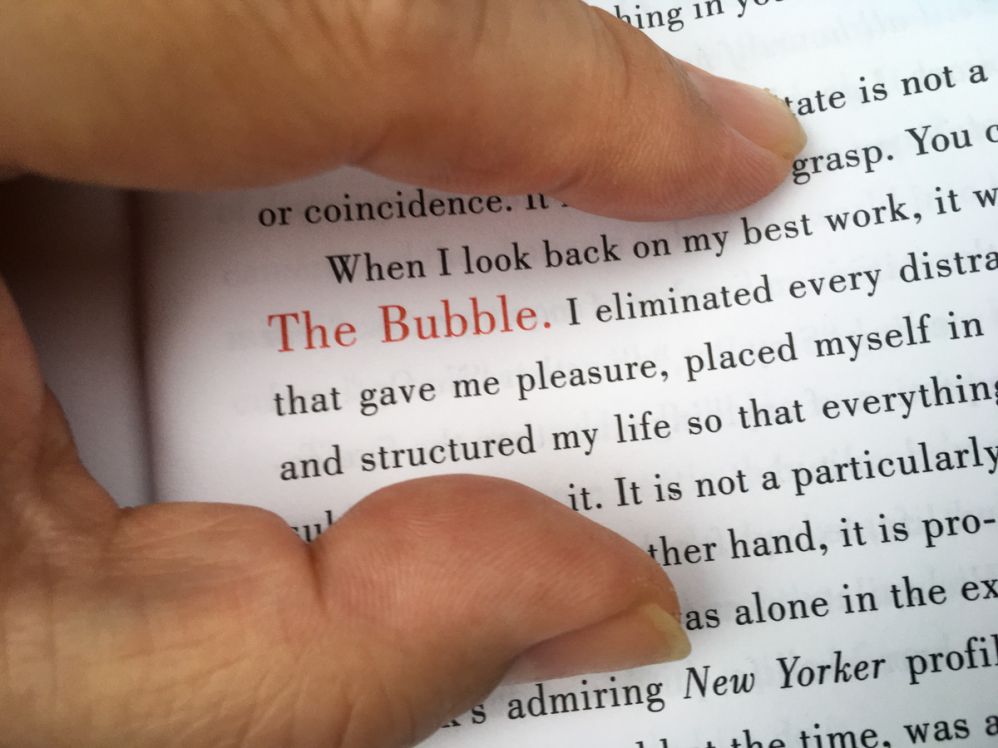 It’s the third week of learning how to focus on-demand, and it’s still been tough going. Last week I struggled with feeling like a jerk as I tried to prioritize my time needs over others. I didn’t feel so bad about that this week, but it still wasn’t great. It was downright depressing toward the end, in fact. That said, some interesting patterns have started to emerge.

The week began with a commitment to eliminate Wednesday and Thursday meetings to see if the larger continuous block of time yielded better productivity. I would still retain the Monday, Tuesday and Friday meetings. Also, on meeting days I would not expect to be productive just knowing that my brain takes a long time to quiet-down after any social interaction.

This started well enough. I did some writing, made some tangential code improvements that are excitingly forward-looking. However, by Wednesday/Thursday I still found it extremely difficult to get into the work mindset. I only really was able to fall into late on Thursday, but then I had to wake up for the Friday meeting and this killed the rest of my day.

Total number of billable hours for the week was 14.25, which was considerably lower than I wanted and this was quite irritating. I blamed this on my lack of ability to focus and the unwanted interruptions that further eroded my powers of attention. On reflection, though, 14.25 billable hours is close to 15 hours/5-day average I tried to maintain in 2019. In hindsight this isn’t bad. Furthermore, my timesheet indicates that I’ve done an additional 10 hours in unbilled work (the “tangential code improvements” I mentioned above), so in light of that perhaps I’ve been more productive than I give myself credit for. However, this also confirms that productive procrastination is still the state I fall into, and the whole point of PRIORITIZATION is to take more control.

The week was characterized by the familiar cycle of (1) relaxation in the first two days, followed by (2) stress of trying to get into work mode that (3) culminated in frustration/depression/anger over the lack of major accomplishments.

I noted other potential sources of mental fogginess:

At the end of the week, I felt the need to engage HERMIT MODE, which is when I shut-out the rest of the world and detach from all social interactions. This is something I don’t naturally like to do, but it tends to be when I am able to get the most things done. The social cost, though high, is balanced by the sense of achievement backed by tangible results.

I have tended to think of HERMIT MODE as something I do because I’m not able to stay focused, a kind of brain defect that I’ve learned to overcome. However, by sheer accident I came across a relevant quite in Twyla Tharp’s 2003 book The Creative Habit because I was telling my sister about it. Flipping through the book while chatting, I read this:

“When I look back on my best work, it was inevitably created in what I call The Bubble. I eliminated every distraction, sacrificed almost everything that gave me pleasure, placed myself in a single-minded isolation chamber, and structured my life so that everything was not only feeding the work but subordinated to it. It is not a particularly sociable way to operate. It’s actively anti-social. On the other hand, it is pro-creative.”

I’m AMAZED I hadn’t seen this before. Maybe I was really excited about putting the rest of Tharp’s book into practice and never finished reading it. It’s particularly useful to read now, having struggled with the issue by myself for years now. There’s an anecdote in that chapter that I find heartening about a writer who became very prolific after he turned 60 by adhering to his isolation regimen. Tharp even warns about the social costs and how not to be all-consumed by the mission, which is that issue of balance I’ve been writing about for a very long time.

Reframing HERMIT MODE as a positive state…that has a lot of promise. I already know that I do my best work when I’m in HERMIT MODE, but had considered the social costs too high. Perhaps my missing balance just is to Embrace the Bubble as a necessary requirement, not a necessary evil. In hindsight, many of the changes I’ve made to my living situation have been about attaining control of my “Happy Bubble” of productive work; I had merely made a distinction between “work I’m doing on purpose” vs “work I accidentally did”. Perhaps there is a bridge between those world that I have yet to glimpse.

I’ll be thinking about it this week.

I know I said earlier this year that I wouldn’t track anything, but I really want to take control of this aspect of my life. Tracking is good for finding patterns. At least I am not tracking GOALS; that would take me out of mastering the moment of doing and put me into an undesirable manager’s mindset. There’s a time and place for thinking like a manager, but I already know how to do that pretty well. I’m not so good (and this is really irritating) at entering THE WORK PRODUCTIVITY ZONE at will. I’ve never been good at it. Grumble. There’s GOT to be some way to do it.

Updating my things to practice for the coming week:

Also I want to try out the Twyla Tharp insight:

Gathering raw notes during the week…