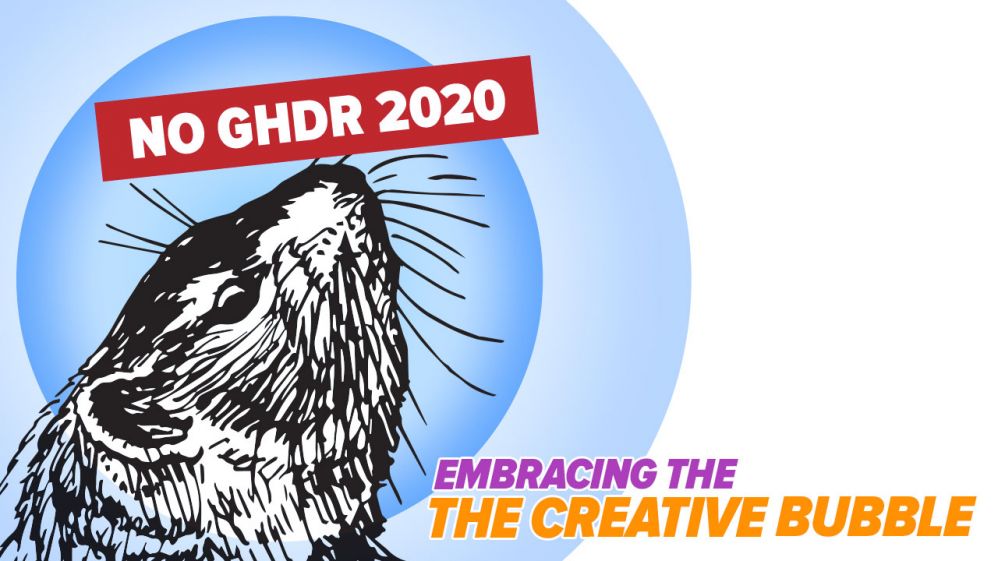 Happy July 7th! In this month’s “(Not) Groundhog Day Resolutions” review, I’m coming to the close of an investigation into task prioritization as a useful productivity strategy. An unexpected insight is WOW I HAVE A LOT OF FRUSTRATION IN ME and while prioritization by itself wasn’t the answer, I may have learned a few new tricks to deal with it.

Let’s get into it!

NOTE: For an overview of GHDO 2020 to date, you can find a summary on the NOT Groundhog Day Resolutions 2020 page.

So, last month I decided to GET RUTHLESS about prioritize and triage. I’ve been moving in this direction since the last half of 2019, but it’s been difficult to let go of all the things that were on the “ongoing responsibilities and chores” pile. And I still had a lingering “I should…” cloud of shame hanging over my head. I’d already given myself permission to do just ONE thing in 2020 (Software Development), and here I was still screwing up while countless others out there don’t have this luxury. My friend Lynn would call this “survivor guilt”, I believe!

Anyway as the month progressed, it felt like my attention was constantly pulled away from my declared “singular focus” so I never got into the zone. This generated frustration and resentment that built-up to such a level I started to feel rage at the feeling of being constantly denied the productive solitude I craved. I became concerned that this would start to spill out in nasty waves, so I made adjustments to my prioritization scheme and got more militant about enforcing boundaries as much for other people’s protection as for my own good. I also reluctantly engaged the social isolation strategy I call HERMIT MODE (a bit ironic during these times). This felt very much like a failure because I had hoped that a “reasoned prioritization/triage methodology” would allow me to retain social engagement and be productive in my chosen solitary activity. Alas, I was not up to the task.

Feeling pretty awful, I declared a personal day for myself to let my brain unclench. Getting into HERMIT MODE, despite it feeling like a cop-out maneuver on my part, did produce the desired progress in my current software project. When I truly eliminate meetings for three days, I am able to work productively for at least 20 hours after I get into the right headspace. I took the precaution of warning my friends and acquaintances that I was in hermit mode and wouldn’t be available for casual interaction.

Encouraged though still feeling guilty, I tried HERMIT MODE again for a shorter period of time the following week, and it was almost as productive but for the unexpected-but-necessary interruption. I never quite fell into the rhythm, though, not to the extent I had the previous week.

Reflecting on Frustration and Time

A few days ago I took the time to summarize what patterns I had observed in the last two HERMIT MODE sessions with additional epiphanies from years past. Here’s the working list:

My HERMIT MODE coping strategy seems like the only way that works for me, and with a heavy heart I was resigned to falling back to it.

A couple days later, the book The Creative Habit came up with conversation with my sister. She hadn’t read it, so I pulled it from my bookshelf and showed her the cover. It had been a while since I’d actually read it (10 years?) and so I flipped through it to make sure it was something she might actually like. As I mentioned in my June 27 followup, I came across Tharp’s description of The Creative Bubble (emphasis mine):

“When I look back on my best work, it was inevitably created in what I call The Bubble. I eliminated every distraction, sacrificed almost everything that gave me pleasure, placed myself in a single-minded isolation chamber, and structured my life so that everything was not only feeding the work but subordinated to it. It is not a particularly sociable way to operate. It’s actively anti-social. On the other hand, it is pro-creative.”

This seemed to describe HERMIT MODE…which I had considered a failure mode that I fall back to when I’m unable to get things done like everyone else seems to. I know, I know, I’m comparing myself to other people and I shouldn’t, but it’s hard not to do when you are feeling like crap. But here was a successful American cinematographer talking about enforced creative solitude and its pros and cons, citing other creative people using similar techniques. Tharp acknowledges the heavy down sides as well, the heavy social costs, but when it comes to doing work I am proud of maybe it is a necessary tradeoff…

But that’s not really what I thought at the time I read that quote. I just felt less stupid and not so alone in my creative frustrations. And that lifted a huge weight from my creative soul that I didn’t know I didn’t have to carry anymore. In more snarky terms: “It’s not just me that is being an antisocial jerk. It’s a LOT of successful people!” :-)

With this insight in mind, I have updated my prioritization+triage methodology:

In the world of geeky new acquisitions, I have acquired new items to improve my workspace!

I grabbed some low voltage LED under cabinet lighting strips to add some indirect lighting to my computer cart. As I’ve been working much later in a darker room, these lights help reduce eyestrain and keep the room cooler. 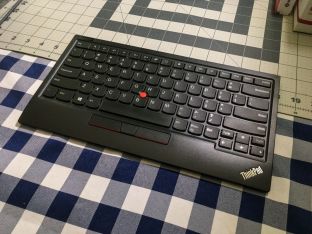 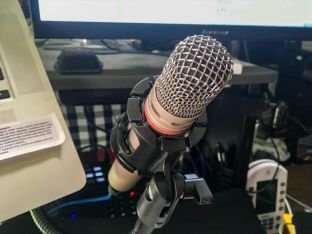 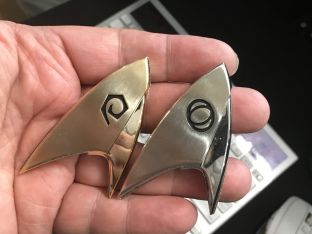 ABOVE LEFT I use a low profile keyboard on my Mac and a mechanical keyboard on my PC, but lately I’ve been wanting something more similar on both systems. Lenovo released an updated version of their ThinkPad Trackpoint Keyboard that seemed pretty close to my Logitech K760. In practice it is taking some getting used to because the trackpad buttons are throwing me off my hand position. Also, the CONTROL key in an awkward place because of the position of the FUNCTION key; interestingly it’s exactly the same on the Mac, but since Macs use the COMMAND key under the thumb this is never a problem. I’ll just have to get used to it.

ABOVE MIDDLE Over on the Virtual Coworking Cafe a number of us have been spending more time in the new Workalong timed work sessions room. I’ve been wanting to improve the quality of my microphone, as my Macbook Pro’s microphone tended to pick up fan noise. I brushed off my old AKG C1000S microphone and plugged it in to my mixer, but it would pick up mechanical vibrational noise that was transmitted from my desk through the microphone mount. The solution was to find a small (but not TOO small) microphone shock mount. There aren’t a lot of microphones this diameter being sold on Amazon, apparently, so it took some digging, but PROBLEM SOLVED! I’m also doing some real-time noise cancellation with the Brusfri plugin, piped through Audio Hijack serving as the plugin host. It works really well, though lately I’ve been too lazy to turn on the mixer :-)

ABOVE RIGHT I’m a fan of Star Trek Discovery and I saw these metal magnetic badges. They’re pretty nice! I got the ones for Science and Operations, and wear them depending on what I’m doing that day that seems most appropriate. I just need to find some nice tunics that match the colors now :D

In summary, I think I’ve remixed the emotional factors that erode my mental state into a more stable configuration. The surprising new hypothesis is that “prioritization+triage” is NOT a method of increasing productivity, it is a method of reducing frustration. With that, productivity follows.

A follow-up insight is that I’m bumping into my oldest of productivity nemeses: the challenge of starting tasks when working by myself. Two observations made above, being preoccupied with number of tasks and wanting tasks completed ASAP, are related to this. I am great at defining tasks, but I hate the process of starting them. I hate dealing with the inconvenience of gathering materials that are not organized or not easy to find. I just want things DONE instantly so I can ACQUIRE what I want. I hate not knowing how long it will take. Argh!

For the coming month, I’ll see if I can use THE CREATIVE BUBBLE as a springboard for dismantling my resistance. It’s another form of frustration I am dealing with; I am fully capable of resolving these challenges technically; I just have a TERRIBLE ATTITUDE toward them :-) It’s a different story when I’m teamed up with people to face challenges together, then it’s FUN. But by myself? Not so much.

We’ll see how it goes. I’ll follow up next week with a hopefully-brief report. Thanks for reading!