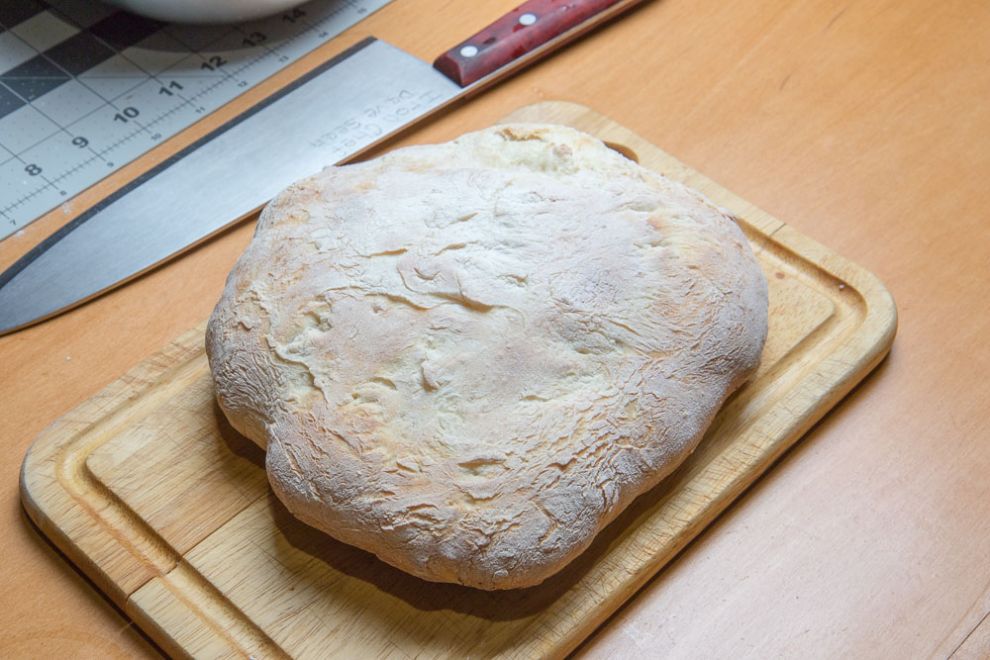 I was at the supermarket the other day and saw all the bags of premade pizza dough in the refrigerated section. I normally don’t like supermarket pizza, but the raw dough itself was really intriguing. I’ve never used pizza dough before, and though it would be a cheap and easy introduction to “working with dough”. So I bought a bag of the stuff. 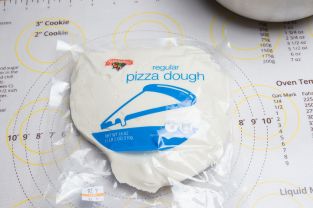 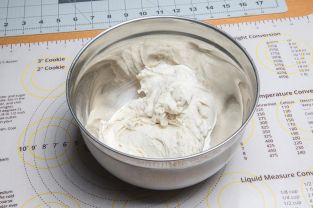 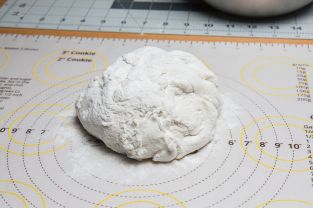 The instructions called for preheating the oven to 450 degrees, and then rolling the dough in a bowl of flour to keep it from sticking. It was surprisingly elastic, and had a neat texture that resisted my attempts to shape into into a disc. Should I force the shape? Did I need to use a rolling pin for the best result? Was I flattening all the gassy powers that the dough contained, limiting its rising potential? Should I let it sit?

Being too lazy to look any of this up, I just forced it into a flat shape by stretching it, tossed it onto the preheated pizza stone in my oven with the timer set to 20 minutes, and hoped for the best. 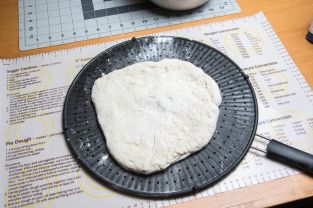 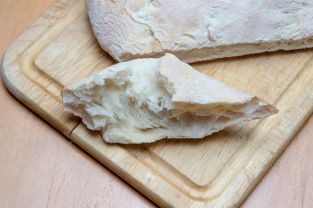 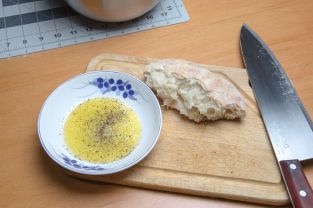 Not having one of those wooden pizza peels to shove the pizza into the oven, I used a large silicone anti-oil spattering disc to transport the dough. The flattened disk, despite my best efforts, rose to form a dome-like carapace of bread with large airy and elastic pockets. The flavor was quite neutral and actually pleasant because it was warm. I dipped it in some Chetouille unfiltered olive oil with some salt and pepper, and it was pretty good. Not amazing, but pretty enjoyable!

Not wanting to eat the whole thing, I saved half of the loaf in the freezer to see how it will taste tomorrow as a Part II of this experiment.

Verdict: DOUGH IS COOL! I will have to try making it from scratch.

BONUS: I was able to use one of the 4 project tables as an impromptu bread kneading station with an overhead strobe. This makes it much easier to take pictures of the food prep in-progress. 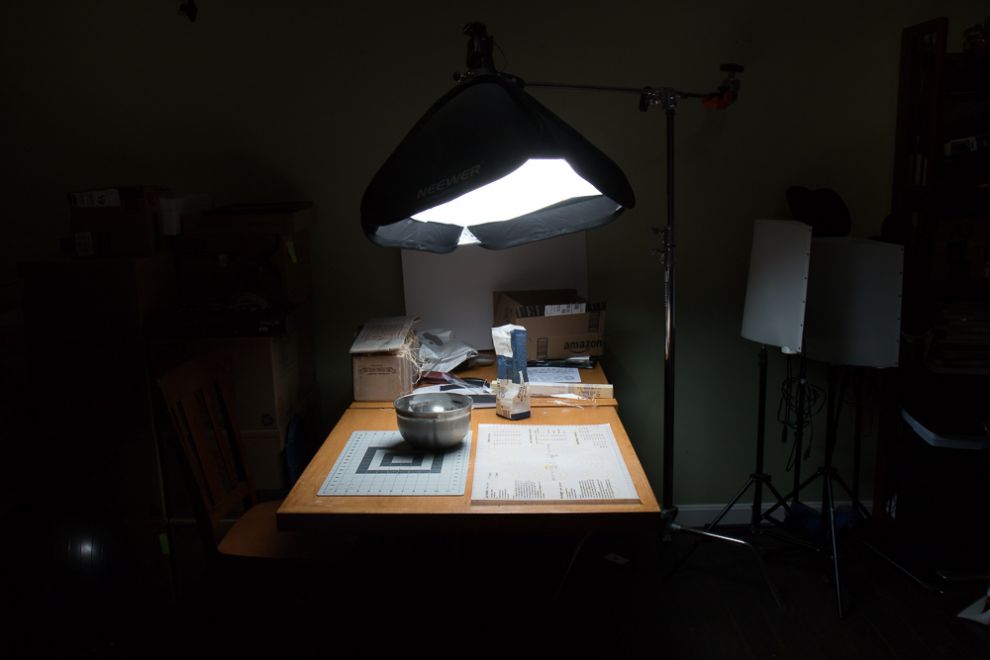