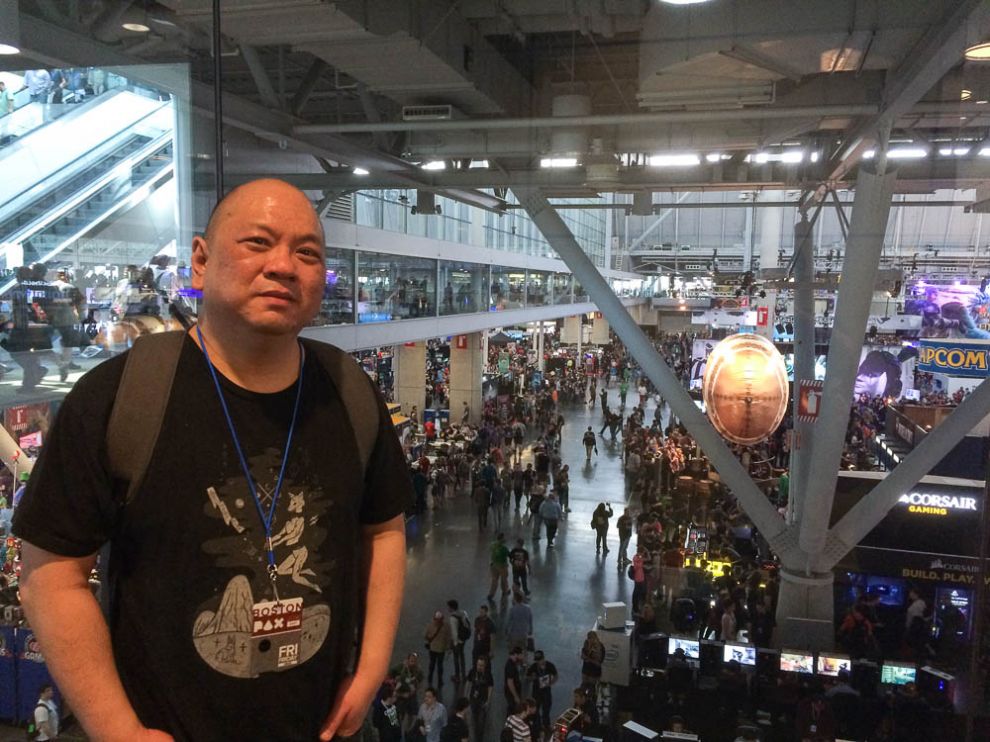 Last Friday I went to PAX EAST at the Boston Convention and Exhibition Center (BCEC). This is a GIANT gaming show, covering both video games and tabletop games, that pulls in something like 15,000+ gamers every day the show is on, and it’s the smaller of the two shows in North America. My friends Sid and Sara were going, so I ordered a $50 Friday-only pass months in advance to reserve my spot in this two hour line to get inside the convention center:

We had eaten a nice breakfast, plenty of eggs and sausage, at the hotel nearby to power us through the day; this is an old trick I learned from attending previous multi-day conventions like SXSW, allowing you to skip lunch entirely and avoid the crowds. Doors opened, officially, at 10AM, and the line was already snaking around the BCEC. We were able to get in around 1145AM; the reason for the delay (which I hadn’t remembered from previous years) was due to the bag and body scanning being performed by the Boston police at every entrance. It was horrible, but necessary. 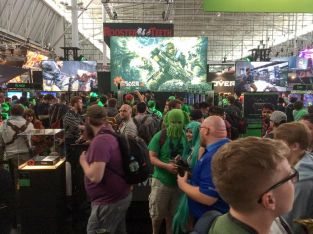 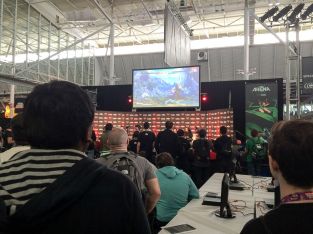 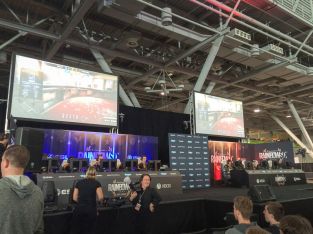 Once inside, we were able to head into the main exhibition hall, where there were a number of games being demoed in a celebratory gamer manner. There were also more long lines to try the games out; my goal was just to “charge up” on the shared gamer energy that permeated the space. I watched a few people play the new Gears of War 4 (I don’t have current gen console, so I had not seen it), checked out the Street Fighter V competition going on, and then got sucked into watching the Rainbow Six Seige pro-gaming event nearby. I’ve been playing Rainbow Six a lot recently, thanks to my cousin Jason who got me into it a few weeks ago. It’s a violent game on the surface, pitting terrorists against counter-terrorists in challenging fight-to-the-death scenarios, but it also fascinates me. Unlike an arcade action game, playing Rainbow Six is like being John McClane in DIE HARD, carefully sweeping through various environments to save the day against the terrorists. Playing cooperatively with my cousins requires a lot of communication and mindfulness as we move to engage the hostiles, and it tickles my brain. It was an unexpected treat to see how TOP GAMERS on the professional game circuit played the game; I could immediately see just how much we had to learn. 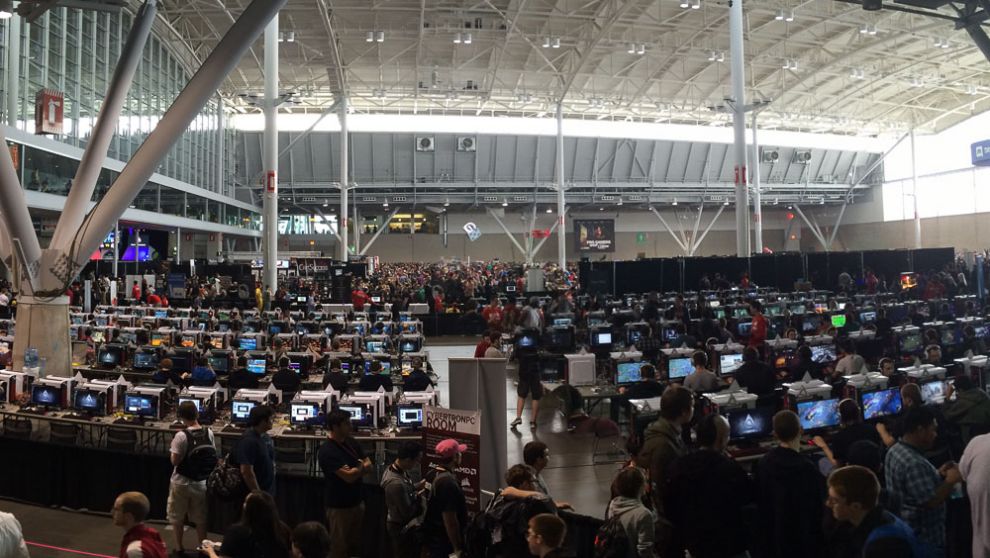 There were many other group PC gaming areas, like this huge array of Cybertron PCs, Microsoft Surface tablets, and even a bunch of high-end VR rigs. It was cool to see, but I wanted to keep moving and see what else was going on in the exhibition space. 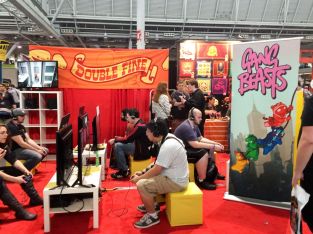 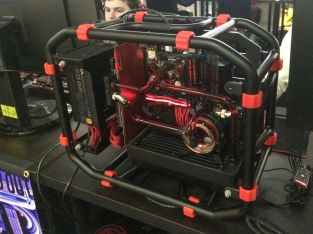 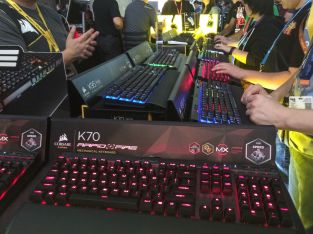 There were a lot of indie developers in the main exhibition area, for example Double Fine had their presence; this is the company that had the first really huge Kickstarter campaign for their throwback graphic adventure Broken Age. It was great to see so many small gaming companies really making a push to make games of all styles and genres…it was really inspiring! It also made me realize just how small and insignificant my own video game making efforts are by comparison with all the talent and time that is going into the industry now. Good thing I’m not part of it anymore, otherwise I’d be stressed-out! :D

I also saw some neat PC hardware, such as a cool open-air PC case and several awesome-looking keyboards. I almost bought a mouse from Steel Series, the Danish gaming peripheral company, but the lines again were long, and we had to hit the road back to New Hampshire.

One of the last areas I checked out was the tabletop gaming area, which covered a lot of space and had a lot of people just playing board games together. I think the real PAX experience must be in staying overnight for the entire 3-day convention and making friends playing these games; just going in for the day doesn’t let you have those formative encounters. If I can swing a 3-day pass next year, I might book the hotel and just think of it as a mini-vacation. I’m really not a gamer these days, and I’m pretty old for the demographic, but I love energy and creativity. I’m sure there’s a few elder nerds that attend PAX that I could find. Maybe in the retrogaming lounge!