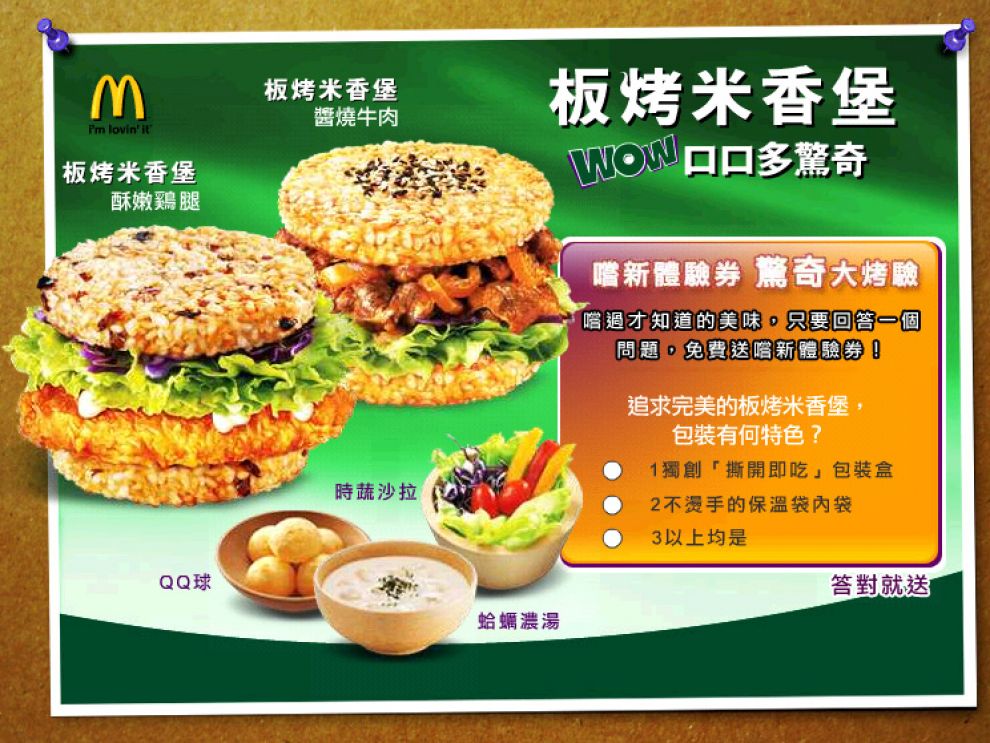 Robert forwarded me a couple links related to McDonalds marketing to Asians Pacific Islander Americans. It’s bizarre. Very Bizarre. I haven’t found an equivalent site for other minorities in the US, but let us take an international tour through the eyes of McDonalds. You can see a list of all the McDonald’s country sites, and travel at will. 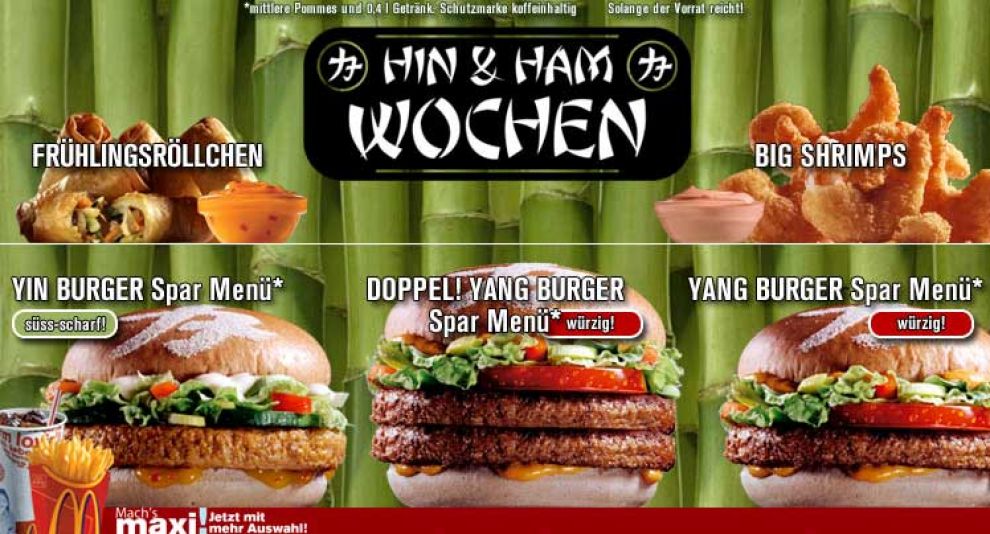 The Hong Kong menu is surprisingly bland by comparison. No localization whatsoever. South Africa seems pretty conservative also, not deviating much from the U.S. menu.

The menu in France features some fancier desserts. Pastries, and the like! Speaking of France, their web site seems to emphasize all the good things McDonald’s does (the Ronald McDonald house is prominently on the home page). Fighting off that bad public image there, I imagine.

The Indian menu has McAloo Tiki: “Fried breaded potato & peas patty that is flavoured with a special spice mix, fresh tomato slices, onion, and veg. tomato mayonnaise between toasted buns.” They also have a McCurry Pan that looks kind of interesting in the photos: “A blend of Italian tomato curry sauce tempered with thyme, basil and oregano mixed with chicken and capsicum, freshly baked on a rectangular spiced bread and topped with cheese.” I want one!

In Finland and Spain, they have the Big Big Mac! Because the Big Mac ain’t big enough, you know. Spain also has a McPepito, which looks like it has some herbs and salsa on it. 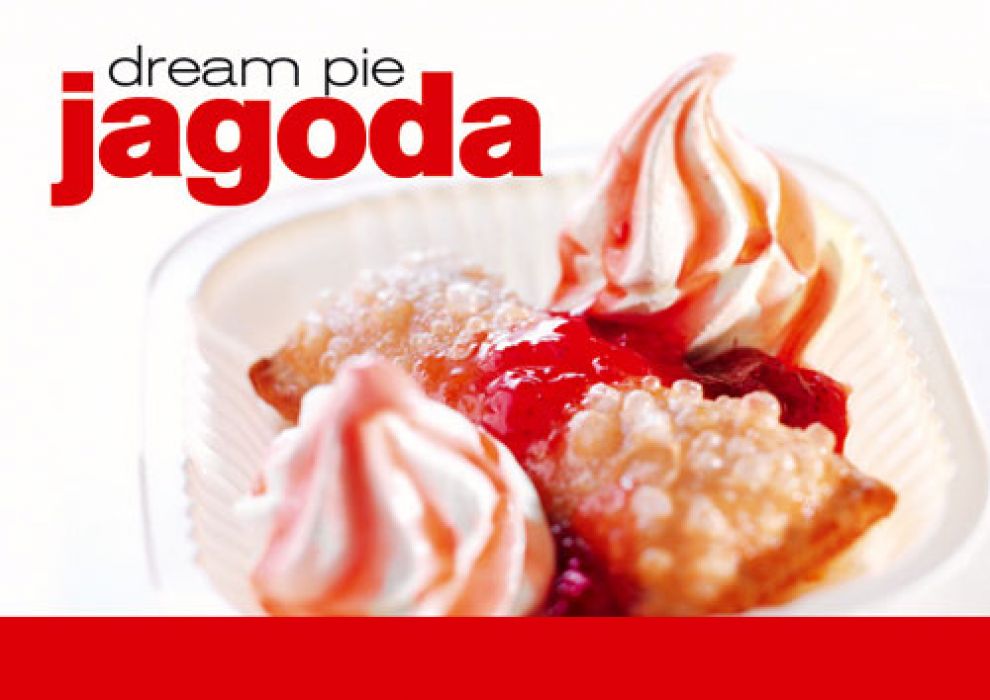 In the Commonwealth of Greater Britain, they’re serving up Deli Sandwiches. They actually look kind of good in the photos, but I imagine they aren’t so good in real life. Australia, Canada, and the UK all have these.

In addition to Deli Sandwiches, Australia also has the McOz, which is their “taste of the country”; it includes a hearty slice of beetroot.

p>Developing markets: The juggernaut moves into Greece, Bahrain, Brasil…the presence doesn’t seem very big there. Also, the Middle East does not seem to have much in the way of the Web. However, in Eastern Europe (Czech Republic, Slovakia), McDonalds is aimed right at the fun-lovin’ youth market…McDonald’s as a symbol of Western prosperity? The image is adjusted slightly in Croatia and Romania toward more of an individual lifestyle mood.

A lot of the sites feature music, all various versions of the “I’m Lovin’ It” theme song. I guess it’s truly a global marketing campaign. The multimedia-rich sites all have a variation of the song, sometimes performed in the local language (China, for example) or purely instrumental. The UK version is a kind of spiritual electronica. The French version is mellow electro.

I’m not sure what to make of all of this, other than there’s a lot of energy and money going into this enterprise. EVIL? I can’t say. On the one hand, no one is forcing people to go to McDonald’s. The marketing to lifestyle, though, strikes me as being a bit underhanded. I’d rather see a clean McDonald’s restaurant again that ran like clockwork, then maybe I’d go again. Or even have some food that tasted good…bring back those fried Apple pies!