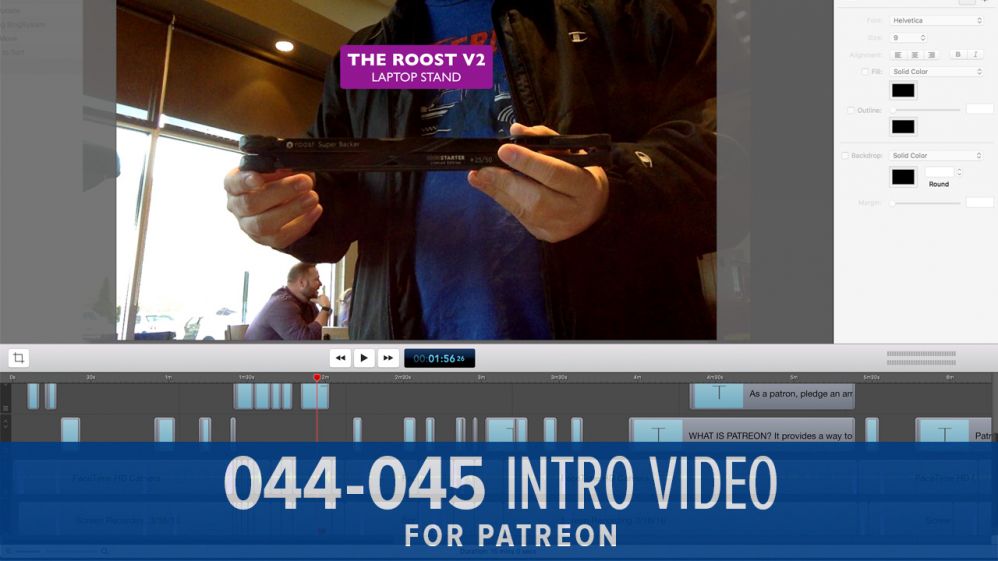 Thursday I’m posting TWO updates for today and Friday, because they are linked together:

The end result: a rather odd intro video that is now on my Patreon Page. I think it’s way too long, though it does do an OK job showing how I work. I had no idea I made so many funny faces when I was writing.

The Patreon Video I Didn’t Plan to Make

Here’s the Patreon intro video. It’s waaaay too long for an intro video, but maybe it’s an interesting concept to build upon. I certainly got a bit more comfortable with the screencasting software.

A lot of time went into tweaking the timing, and then adding the various text callouts to try to fill the dead space. The final video is 15 minutes out of the nearly 30-minute recording session. While it’s important to NOT use editing to make a craft look easier than it is, I did edit out a lot of the dull parts when my Quiver notebook software crashed, or I spent a lot of time typing a big chunk of text that wasn’t that important. I might be able to use a few seconds of this in a more targeted intro video.

Rather than import the video chunks into Premiere, I used ScreenFlow‘s built-in editor. It’s actually a pretty good editor, with only a few small annoyances in grabbing handles and doing ripple edits. It could be that I haven’t figured out all the shortcuts yet. 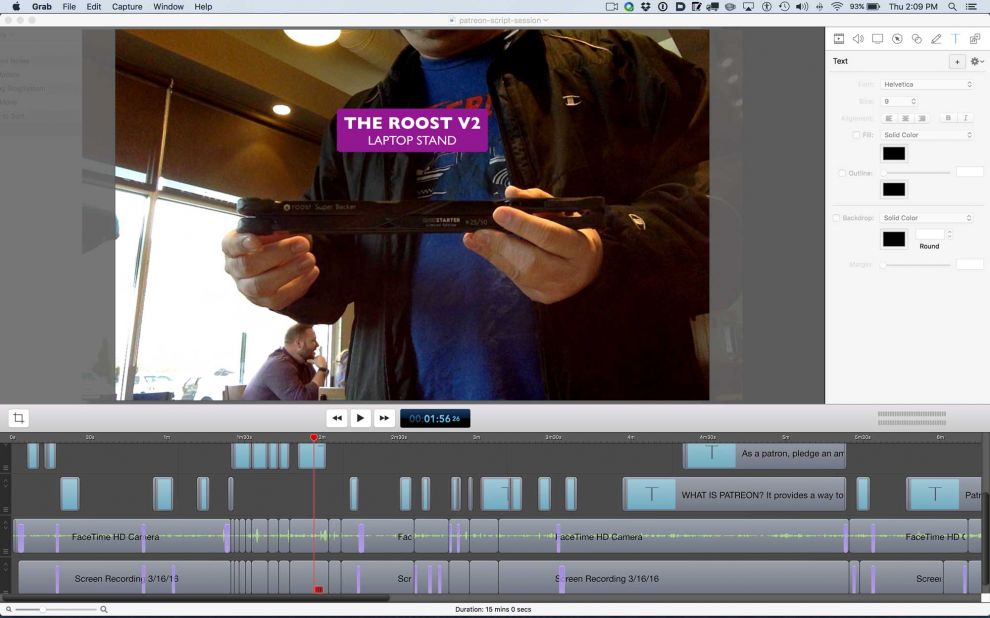 Although I got sucked into making a video that I hadn’t planned, I also did achieve what I needed: to get unstuck on starting the video creation process! I wasn’t sure what I had to say, or how I would say it, but after going through the video making detour I have a much better sense of what I’d like to do. So…this is a placeholder scratch video that’s part of the process of creating! In the past I would have been mad doing work to be thrown away, but I am starting to finally accept the process, recognizing that it takes time to work through creative trials. This is the only way to get better. In fact, now that I think about it, everything I know how to do has come from a lot of “wasted” work. For example, when I was 9 and completely new to computers, it took me a whole week to understand what a “FOR-NEXT” loop was. It’s a fundamental concept that EVERYONE knows, but to me it was a complete mystery. Or the two weeks it took me to draw a tiny sword using DeluxePaint on an Amiga. It was a terrible-looking sword, but I learned the fundamentals of color mixing and pixel editing. Even the failed businesses I’ve been part of, the bad memories of me being a terrible manager and not knowing how to deal with people…these are formative, important experiences. And now, this accidental too-long video is part of that time-honored tradition of me not doing things very well. Booyah!!!! :-) :-) :-) 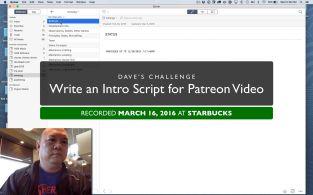 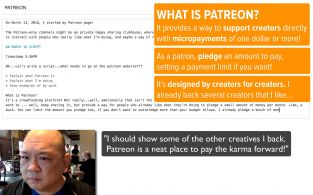 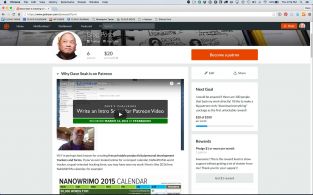 I also got to refine my video export settings so YouTube would “ingest” them without loss in quality; ScreenFlow’s publishing pipeline choked when it tried to use the YouTube API, so I had to upload the files manually.

All these videos I’ve been uploading are HD quality, but unfortunately are letterboxed on the left/right sides because I don’t actually have an HD-resolution monitor of exactly 1920×1080 pixels (the MacBook’s screen is has a 16:10 ratio instead of HD’s 16:9 standard). I might have to pick up a new monitor later this summer. Fortunately they are pretty inexpensive, but I also would like a big FreeSync-compatible low-latency monitor for buttery-smooth video gaming…that gets into quite a bit more money!

Originally there was just writing a script outline, but this expanded to recording a writing session followed by put an intro video on Patreon. Since all of these are major deliveries related to the creative business, I’m just going to give each of them a 50-point reward for the two days.

So for the two days of THURSDAY 3/17 and FRIDAY 3/18, that averages out to 76 points per day. I could add-on a lot of extra points, but I’m too tired to think about it now, and just want to have the next couple of days to work on other non-Groundhog Resolution projects.