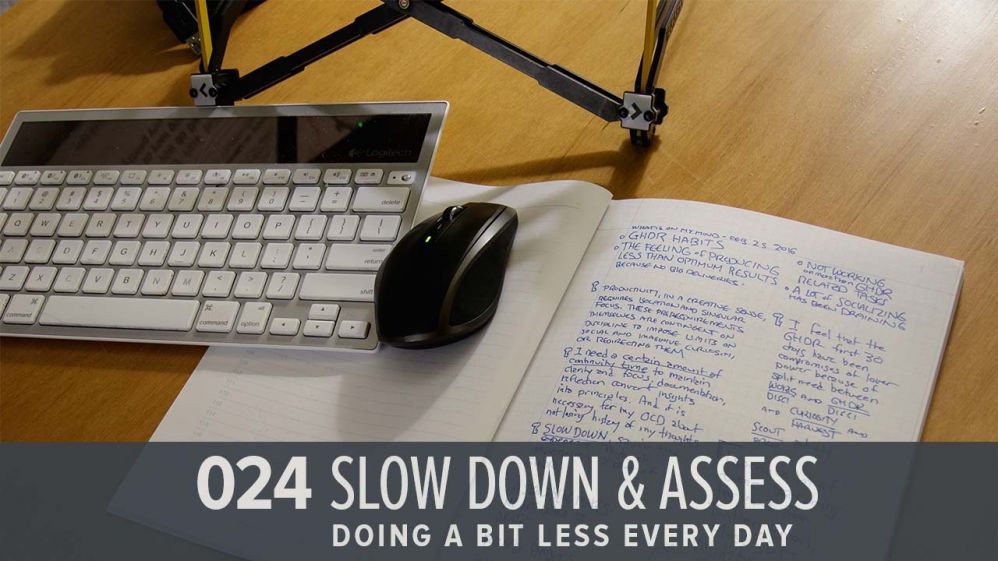 I’ve been feeling a vague sense of unease all this week with regards to my general productivity. While I technically have been managing to post something every day, I have been also thinking that I’m somehow failing to meet the “spirit” of the challenge. So instead of trying to hit something on the goals list, I took some time to write down my thoughts in a new VELA series-A2b compact engineer research notebook away from the home office. My tentative (and still uncertain) conclusion is that I should try going even slower.

Observations on Motivation and Focus

Another realization was that I still am not enjoying working with my blog because browsing it is very slow. The blog could be a wonderful document reference for everything, but its lack of responsiveness at the speed of my thought makes it a drag. I am going to start working on a way to rebuild it as a system that IS capable of that.

Today’s result is an improved sense of direction as I reflect on the past 24 days. Time to change things up! My major review on March 3rd will cover more of my thoughts about the GHDR Process for 2016 so far…it should be very interesting to those following along at home. As for points scored, I probably can claim the following:

That’s 12 points. Yesterday I got 10 points. These feel low, but I think it’s probably acceptable if I want to work more slowly. Not every day can be an exciting major deliverable if I want to do this for the long haul AND juggle paying work.