I’m about to start an intense coding session, which I know from experience will mess up my head. When I’m in the programming mindset, I tend to talk like a robot with a broken speech actualizer. So before I head down the rabbithole, here’s some quick updates on a few of the projects that have been going on. 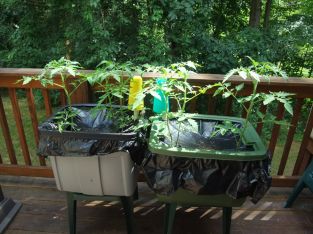 As I mentioned before, I’m growing deck tomatoes for the first time. The sub-irrigation planters are doing well! The upside-down planter suffers from its tendency to block the sun, so the plant isn’t getting a lot of light. I also need to install these Water Probesto get the watering system working while I’m away travelling. 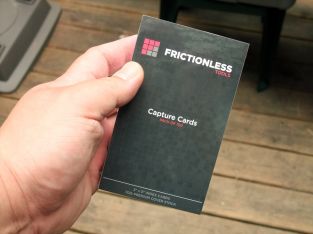 I had a great lunch with Aaron Mahnke, a prolific print designer, podcaster, author, and founder of the Read & Trust blog network. He’s launched a line of productivity outlining products called Get Frictionless, which falls into the category of “cool productivity stationery” that I’m happy to be part of…the more the better, I say! It was very cool to meet someone who lives relatively nearby that can relate with what I’m doing. I got one of his packs of Capture Cards, which are nice 3×5 index cards for structured note taking. I gave him one of my prototype index card holders, which he later tweeted as an index card dock. That’s a way better name…I’m totally going with it :) 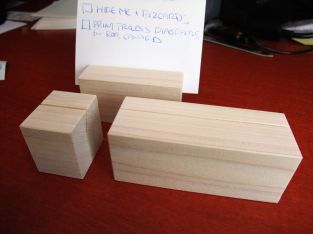 I’ve always wanted an Etsy store, so I finally have something I can put on there: hand-crafted card docks! It’s fun because they’re relatively simple to make, but I can spend a lot of time learning how to sand, stain, and buff them into worthwhile desktop artifacts. If there was every a simple way of getting into woodworking, this is it. I’ve made part of my basement into a temporary construction zone, where my miter saw righas been set up for production. We shall see where this goes! I would rather be working on this right now than doing C# programming, but oh well. Eventually, I may look into manufacturing a whole bunch of these, because I’m finding them pretty useful to have on my desk. It’s almost like I have a small army of helpers, each with an idea that I want to remember. 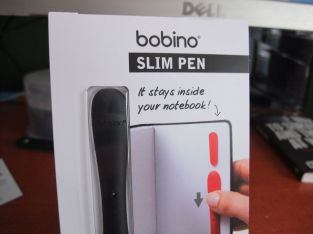 I was browsing ThinkGeek the other day and came across the Bobino Slimp Pen. It’s designed to stick inside your notebook; there’s a bit of adhesive tape on it somewhere. It sounds like a nice idea.

These Bobino pens look more robust than the other flat pens I reviewed some years ago. I am guessing they are easier to find, too. I haven’t cracked the package yet, but look for a review in the days ahead! I have about six pens that need reviewing. 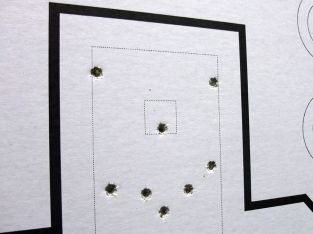 I also had the opportunity to take a shooting lesson at Sig Sauer Academy, a well-known instruction facility for law enforcement and civilians that’s part of gun maker Sig Sauer. I’m writing up a long review of this, as there are several interesting parallels I can draw between learning how to shoot well and being a more productive individual. Plus, it was just plain awesome :)