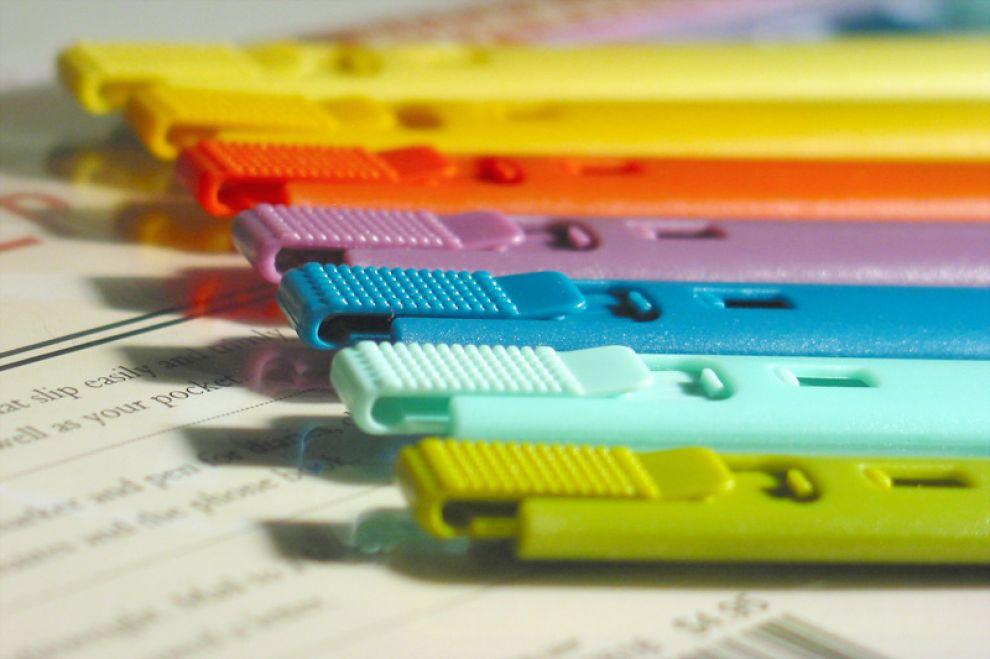 Just about a year ago, I was obsessed with making a flat pen that would fit into a book or journal. A flat pen, I reasoned, would allow the pages of a book to “flow” better.

I finally stumbled upon some readily available ones right at Barnes & Noble, which commenter Claire had first brought to my attention the last time I was penhunting in Boston. Thanks for the tip, Claire! 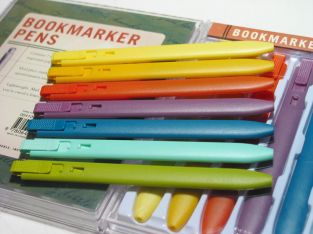 The flattened pen is about 4.5 inches long, 7/16th of an inch wide, and a mere 1/8th inch thick. The clip adds another 1/16ths of an inch to the thickness, but still lies flat. While the build quality is a little on the light side, it’s a pretty stable writing instrument for short sessions. There’s some flex in the pen body if you exert some force on it, but it’s one step above the usual cheap-o novelty pen. They are also prettier than the folding wallet pen I saw on LifeHacker.

Barnes and Noble still has them on their online store!