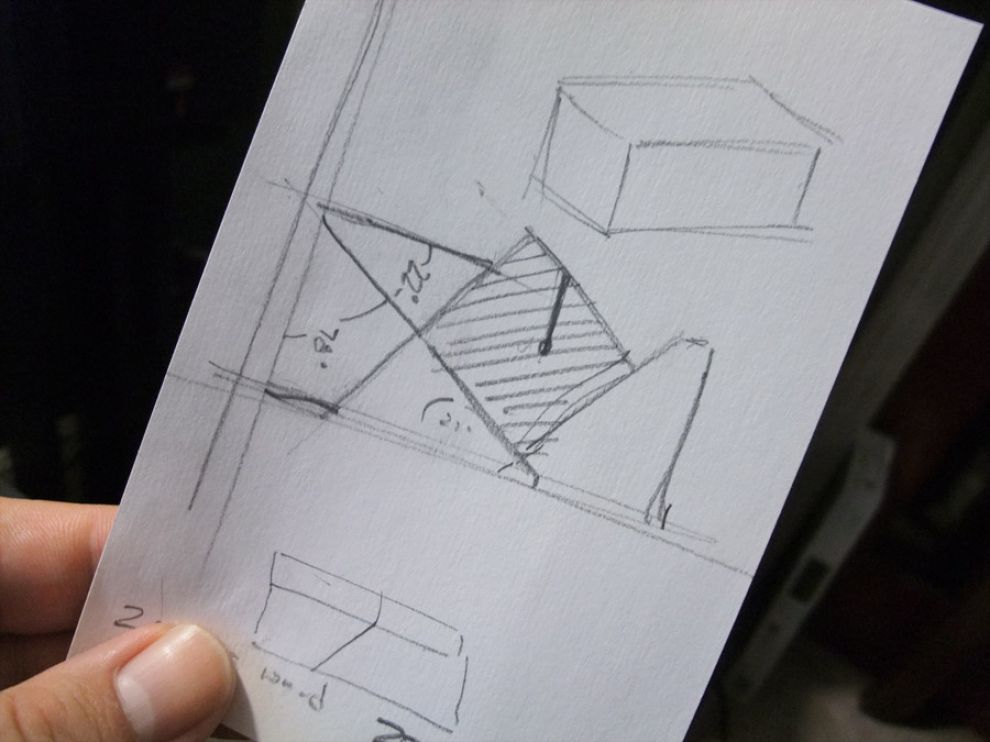 Lately, I’ve been using 4×6″ index cards for quickie to-do lists. Why? There just happens to be a bunch of them on my desk at the moment, so they’re convenient to grab. However, the damn things keep falling over, and then they get buried under either the cat or other pieces of paper. Grrr!

While I was tempted to hop over to Levenger’s to ogle some primo Index Card Bleachers, it occurred to me that my recent acquisition of a miter saw (used to cut some PVC pipe at an angle for my sub-irrigated tomato planters) might come in handy. I just needed to cut a slot in a block of wood. I’d also been reading about Microsoft’s new Surface tablet, which sits on your desk at an “ideal” 22 degree angle using the built-in kickstand. That sounded like it would work for my card holder, so after finishing up my client work for the day I ran over to Home Depot to buy some cheap pine and nice hardwood.

Not being an experienced woodworker, it took me some time to figure out how to use my miter saw to cut a 22-degree angled lengthwise slot in my chunk of hardwood. I think this would have been pretty straightforward if I had a miniature table saw (or even better, this ridiculously-awesome Jointmaker Pro Japanese Pull Table Saw that I’ve been lusting after). So to tilt the wood, I made a jig comprised of two components: a 67.5 degree angled strip of wood (easily set via a setting on the miter box) and another strip cut at 22.5 degrees. When these two components are combined, they create an angled 90-degree clamp to hold the the work at a 22.5 degree angle relative to the miter saw’s blade. Making two of these clamps allowed me to stabilize the wood block on both sides of the blade. The tricky part was figuring out how to cut the 22.5 degree angle for the second jig piece component, because the miter box doesn’t let you cut an angle that is sharper than 45 degrees. To get around that I cut a guide that was 45 degrees and used that to cut the second jig piece at 67.5 minus 45 degrees, which got me to the 22.5 degrees needed. 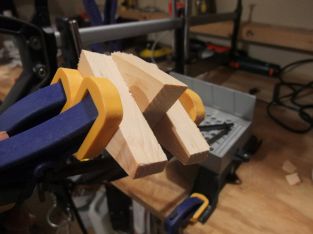 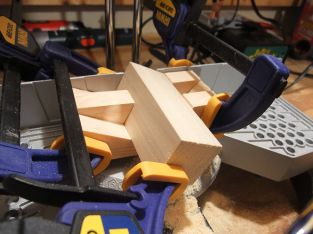 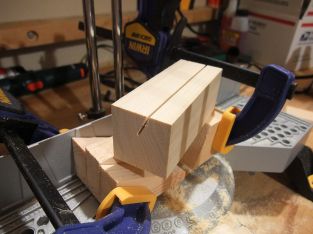 After figuring out how to clamp the whole thing-a-ma-jig together, I next had to control the depth of the cut. The miter saw has a set of guides that allow you to set the depth of the cut, though it turned out that it didn’t have a good zeroing point anyway, so I used some scrap pieces of wood to roughly position the blade, then eyeballed it until it looked like the cut would be level. I should point out that I’m very good at aligning things by eye, otherwise this would have been a foolish thing to do. 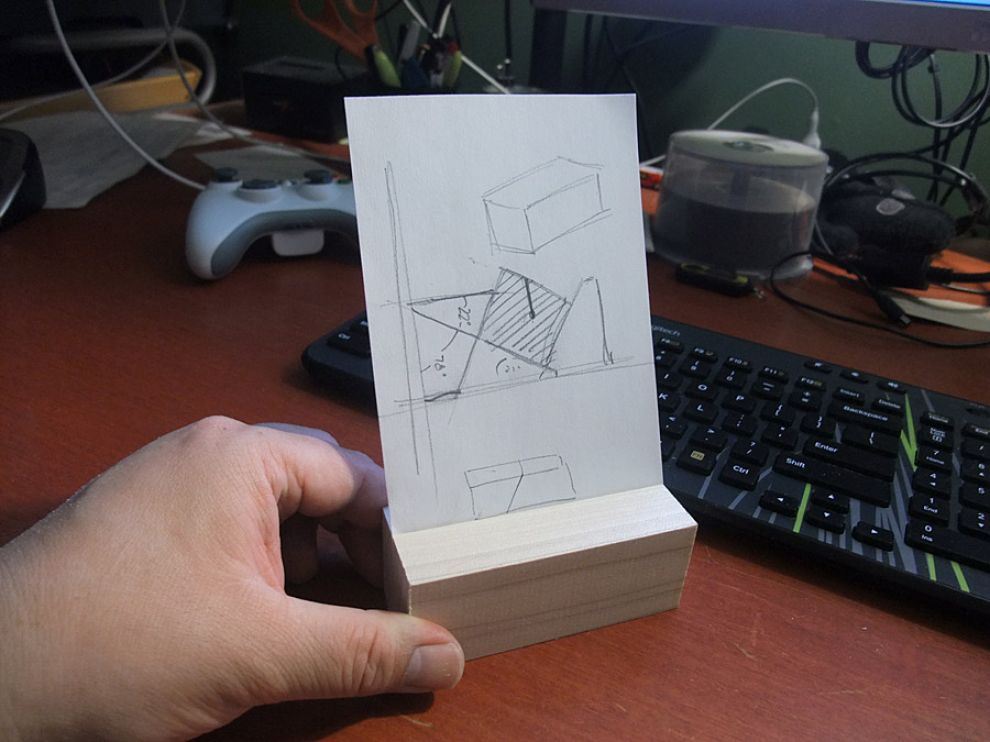 And here’s the finished card holder! This is the first wooden thing I’ve made in years, and even though it’s a simple piece I’m feeling pretty pleased with myself. Now to make some fancy new to-do card designs…perhaps revisiting the Task Order Up! is next on the agenda!