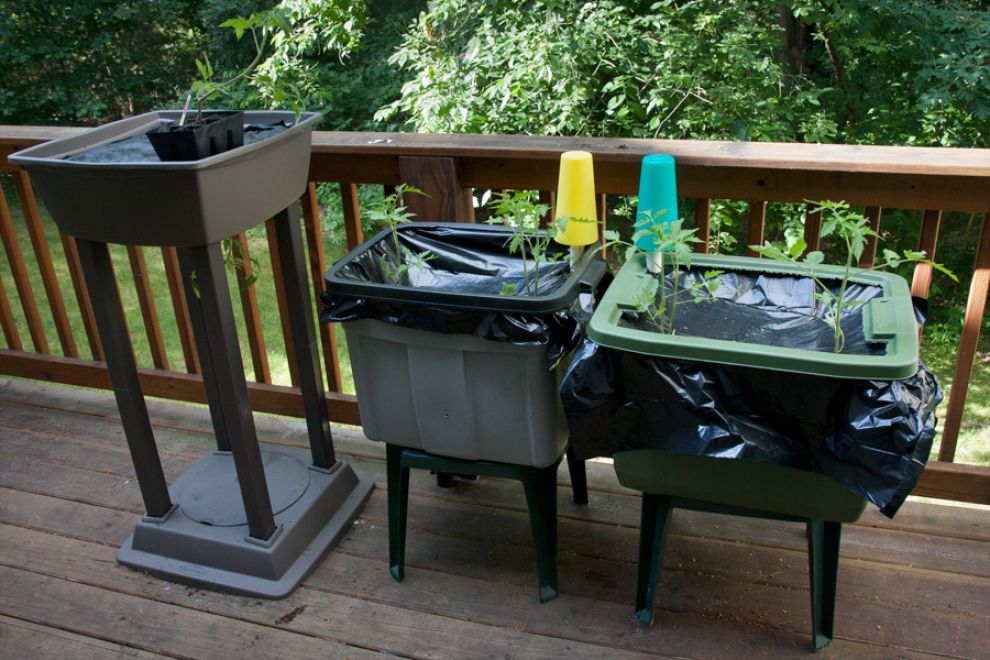 I’ve been wanting to grow tomatoes on my deck for a few years. After considering hanging upside-down tomato planters last year—nixed because I couldn’t hang anything without nailing into the siding, which was against condominium regulations—I’ve gone ahead an purchased a Suncast standing tomato planter from Amazon. 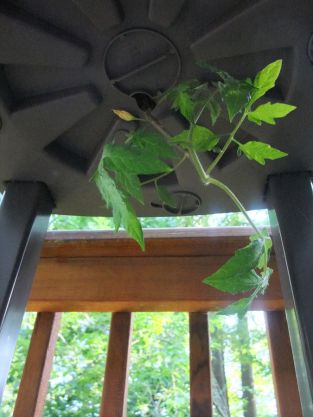 It’s basically a raised platform on four legs that allows you to plant your upside-down tomato plant without hanging it from something. It cost me about $45.

Next, I purchased a bag of potting soil and six “Big Boy” tomato seedlings, which I have come to learn are probably not the best for a hanging tomato planter. What I want is something called a “determinate” tomato plant, which stops growing in length. These are also called “bush tomatoes”. They tend to be early tomatoes; a species called “Early Girl” is apparently a good bet. The Big Boy is apparently an “indeterminate” type of tomato, meaning it’s going to grow and grow. Uh oh.

Tomatoes apparently need a lot of sunlight and water. Sunlight I’m not too worried about, but the water is going to be a problem. I can run a garden hose from the first floor up to my deck, so daily watering shouldn’t be a problem (especially since I’ve rigged a harness to keep the hose off the ground and out of the way, so I can leave it connected). However, when I am travelling for business I’m going to need an automated watering solution. Preferably one that is not expensive.

I first looked at irrigation systems that required pumps. There are indoor house plant watering machines, such as this Claber automatic watering system, but they are a bit expensive and I wanted something that didn’t require electricity to operate. Plus, the system needs to exist outside on my deck, not inside the house. I looked to see if I could find parts to build a gravity-driven drip irrigation system at DripDepot, which has affordable kits, but it seemed a little more complicated than what I was looking for right now.

Then I remembered that there irrigation systems that use capillary action, and found these Austrian self-watering probes. I’ve placed an order for the five-pack, and I’ll see if all 5 of them can keep a tomato plant thriving.

I also made two sub-irrigated planters (aka self-watering planters), which have the water supply underneath a suspended soil bed in a closed container.

The water is wicked upward into the soil through capillary action, and is very water efficient. The DIY approach I’m taking has cost me about 25 dollars in parts: a big plastic tub, some supporting pots, and some PVC piping. Buying an actual Earthbox from their website isn’t that much more; I may buy one just to see what it’s like. 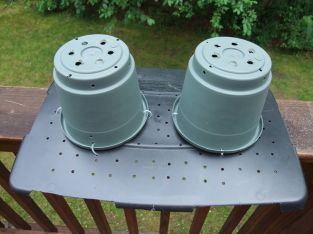 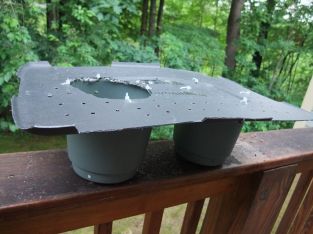 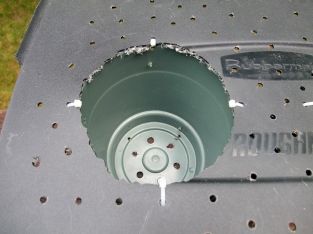 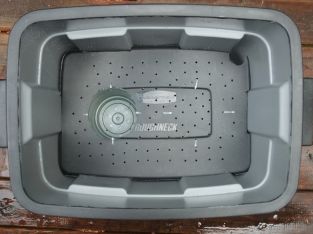 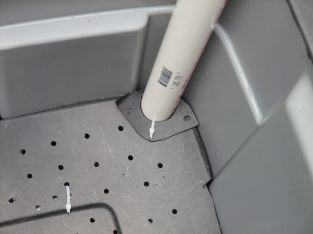 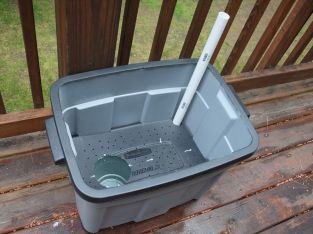 !@(images/12/0617-sip07.jpg:F popimg: “After mix is wetted and watered, tomatoes are placed on opposite sides of the planter and covered with sheet plastic to help keep moisture in.”)