The MFA for Computer Graphics Design Program at RIT required a thesis to graduate. I’d always wanted to make a game, so I thought maybe I could put together something about a favorite topic: Space Travel! I wanted to get the feeling of early aviation prior from around 1920 to 1935, when travel was an adventure. 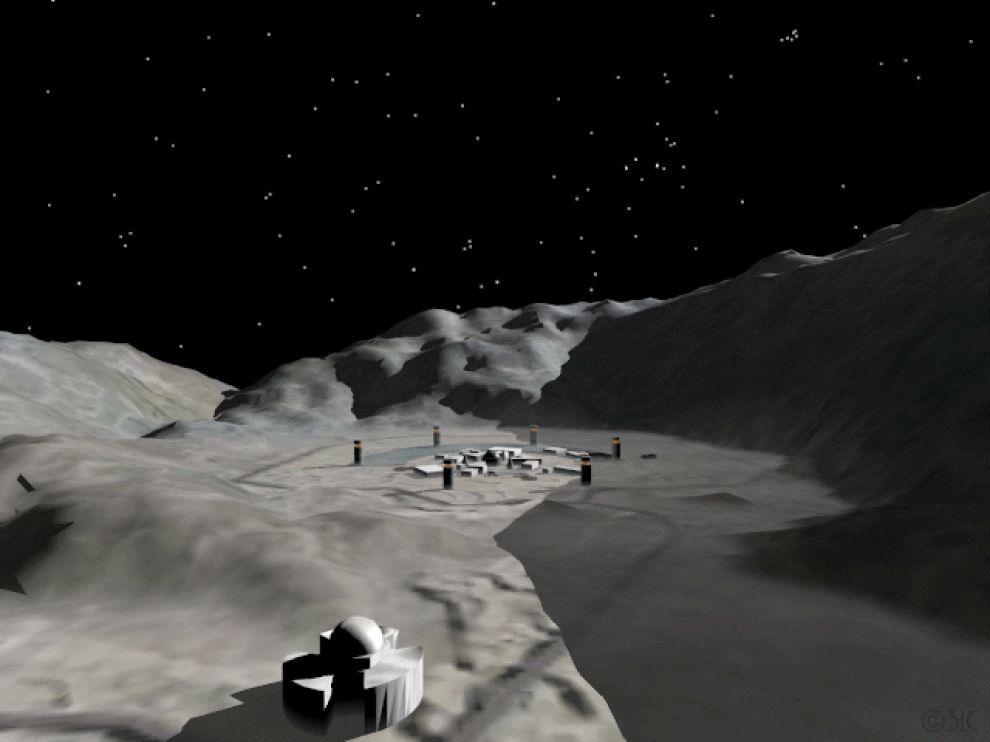 I created a number of renders using 3D Studio R3. This Moon Base was the final destination. I created a bump-map source using a bunch of tools, then brought it into 3DS R3 (that’s the DOS version, sonny).

One nice trick was to use a touch of the layered fog feature of 3DS R3…just a tiny bit above the floor. It adds to the dusty effect in the shadow of the crater rim. Unfortunately, I didn’t have enough memory to really get the high-resolution cratering I wanted; this angle is the only direction that hides the edge of the world. This was a 32MB 486 running at 66MHz. 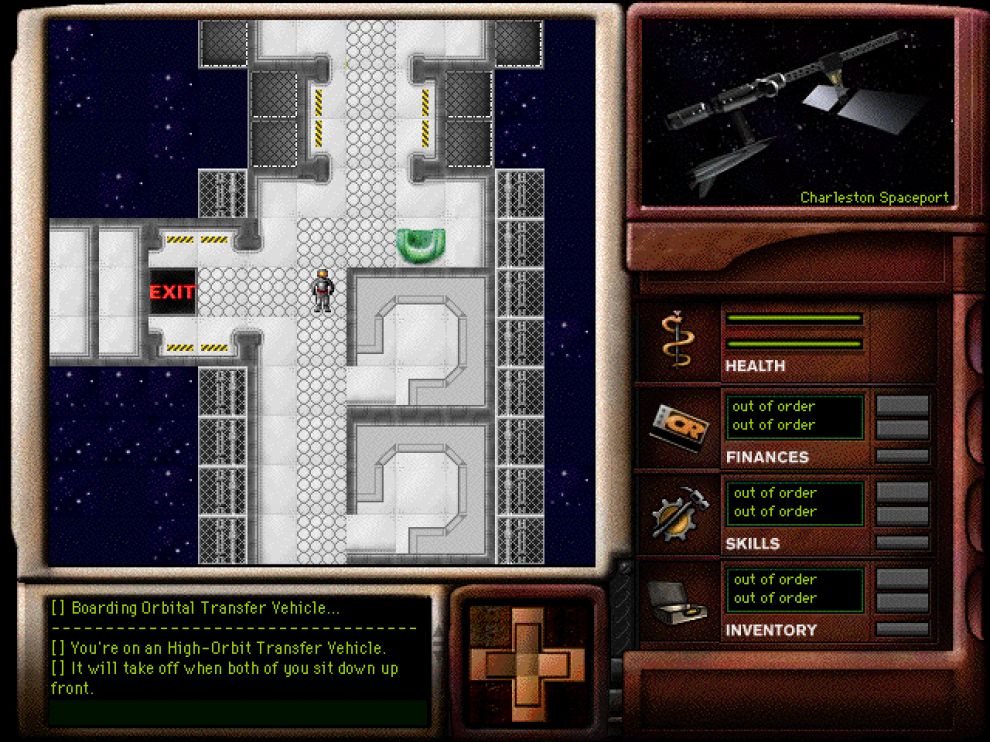 The central theme of my Thesis work was multiplayer interactive tile-based adventuring, using Director 4.0. Two Macs (PPC 7200 machines) were connected via a serial cable, and two people could explore and chat at the same time. You can see the elements of the screen here… it borrows much from Ultima I and Internet Relay Chat (IRC). In fact, it worked like you’d expect such a hybrid to work.

The map is actually tiled graphics. I wrote a Director XObject to do fast screen scrolling using QuickDraw calls, which gave the game acceptable performance. By using a tile as an “stamp sprite”, I could both overcome the 24 sprite limit and have a dynamic, fast display. It was quite a trick back then. I also wrote a map editor in Director that would load/save maps as you walked from location to location. Alas, I spent more time programming than drawing, so the tile graphics were rather rushed.

Although my MFA Thesis focused largely on the 2D tile-based adventure experience, I created some animated “cut scenes” to enhance the sense of place. There were four stylistically-simple animations, done in about a week. All were created and animated with 3D Studio R4 (free upgrade!) and an additional 32MB of memory for a whopping total of 64MB! Wow!

If you’re really curious about the details, I tracked down and converted the thesis into PDF from the original Quark doc. It’s at least fun for the pictures.