GHDO for November 11: More of the Same (and that’s OK) 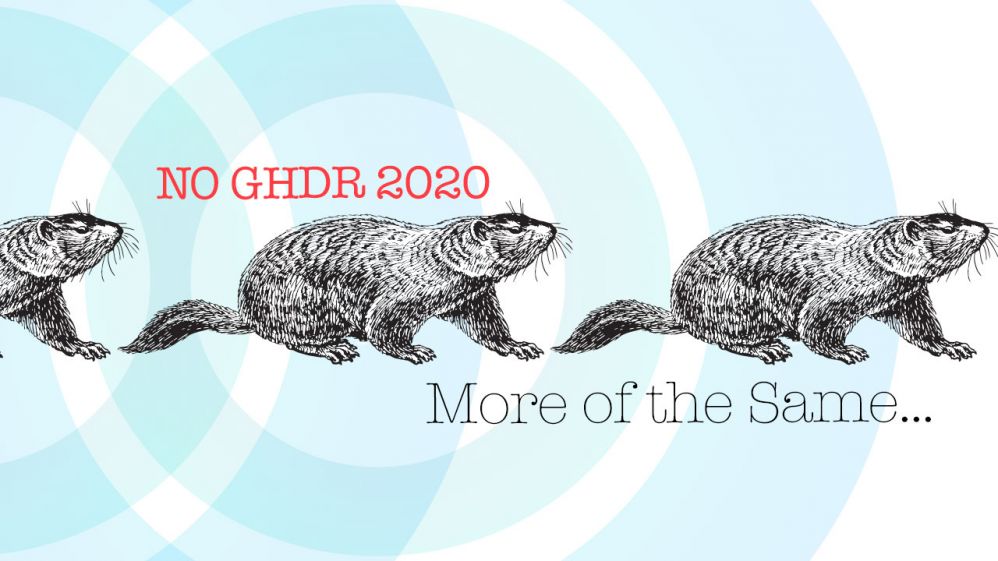 2020 is almost over and I am grateful for a lot of things, among them:

This is also the second-to-last “Not Groundhog Day” resolutions report! If you are just joining me, 2020 is the first year since 2007 that I have not pursued some kind of “big goal”. It seemed that the big goals I picked were variations on the same thing, and they weren’t getting any closer to being resolved. So for 2020 I decided not to track any of these goals at all, and just see what I ended up doing as a way to reset my expectations. Sometimes you need a break to see the pattern in what you’re doing.

It occurred to me today that I have a preliminary finding from this year of not-tracking: I may have found my “natural” energy-to-task equilibrium. The sobering hypothesis is that I can only manage ONE MAJOR TASK AT A TIME in any kind of disciplined manner by myself. If I try to handle more than that, my mental and physical health takes a big hit due to additional stress I put on myself.

I want to hold on to that thought for the end-of-year review, but for now let’s get into the November review!

Per usual for 2020, I had just one disciplined task from October 11 through November 10: Get the damn code working for my contract project.

I’ve built a lot of systems, but I also keep hitting blocks when I think I’m getting close to “closing the loop”. I suppose this is not unexpected for a project that introduced me to new kinds of programming, but it’s frustrating at times. Happily, I did manage to get a complete “interactive loop” working as a proof of concept for the “scriptable realtime simulation environment”. These were the major achievements:

On a related note, I tried to maintain the productivity-oriented mental frameworks from last month:

I think I did an OKAY job of remembering to do the above, with the exception of not being proactive about my mental/physical well being. What happened was BURNOUT followed by RECOGNITION that it was happening. Only then would I allocate a personal day to recover. An improvement is that I didn’t feel SHAME about taking that day.

Stuff that Happened Between Lulls of Discipline

I spent a bit of time expanding the DS|CAFE Virtual Coworking Cafe to handle more social activities within our chat room structure. I did this in three steps over several weeks: 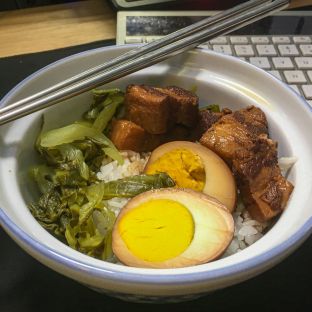 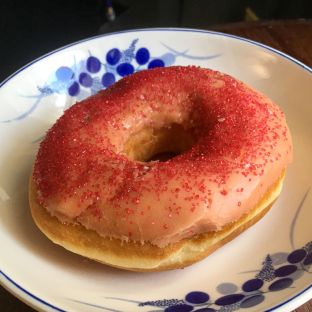 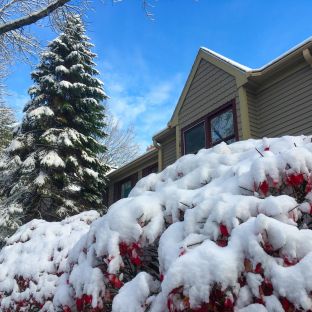 A while ago I bought a giant pack of pork belly strips from Costco and froze them in individual freezer bags. I’ve been thawing them out and experimenting with my lu rou fan technique. It’s coming out pretty good, though the Costco pork belly isn’t quite right for this. This time I tried using the pressure cooker to see if I could shorten the cooking time from 3 hours to under an hour (yes!)

We had a tasting party in DS|CAFE, and I got the Ghost Pepper Donut from Dunkin Donuts. This is a donut allegedly made with the world’s second hottest chili pepper. The spice level is not alarming at all, as the ghost pepper is finely ground and interspersed with the icing. The red stuff on top of the donut is just sugar…I was so disappointed!

We had an early snowstorm on October 30. Brrr. 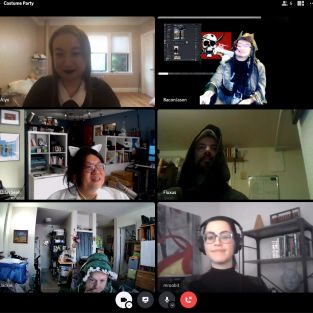 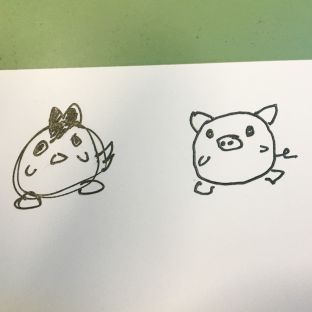 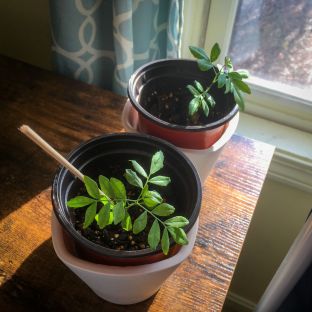 Meanwhile back in the DS|CAFE, we had a costume party! I dressed up as Chemistry Cat, though I forgot to get the red bow tie. I need to get a cuter lab coat.

One of our newer discussion rooms is #talk-creative-work, and while I have found it difficult to make time for all the fun things, I did manage to doodle a chicken and a pig. The theory is that if I doodle the same characters every day, eventually they will look great! I’ve seen this happen with long-running webcomics, and I know from experience that practicing drawing anything makes you more facile with it over time. That said, I have not been particularly motivated to work on it; I am totally pre-occupied with getting my work done. Maybe next year…

Lastly, I purchased a Curry Leaf seedling from Etsy! I first learned about curry leaf by watching the anime Shokugeki no Souma aka Food Wars; it’s an aromatic leaf that is added to stews (sort of like bay leaves) and is used in southeast Asian cooking. The seedling will take a while to grow into an actual tree, so I’m thinking of acquiring other edible plants and herbs for a mini indoor garden. Of course, I would have to figure out where to put it…

I am feeling weirdly serene about the year. The hypothesis that I can only work on one “disciplined” area at a time is a conclusion I’ve been converging toward for a few years not. For once, I don’t feel like there are other experiments to run. I’ve run all the ones I can think of over the past 13 years. Maybe I have finally gotten all those questions out of my system and can summarize my thoughts in a book.

The next review is December 12, which will be our last review of the year! Keep your heads up, everyone! We’ll make it through the year!