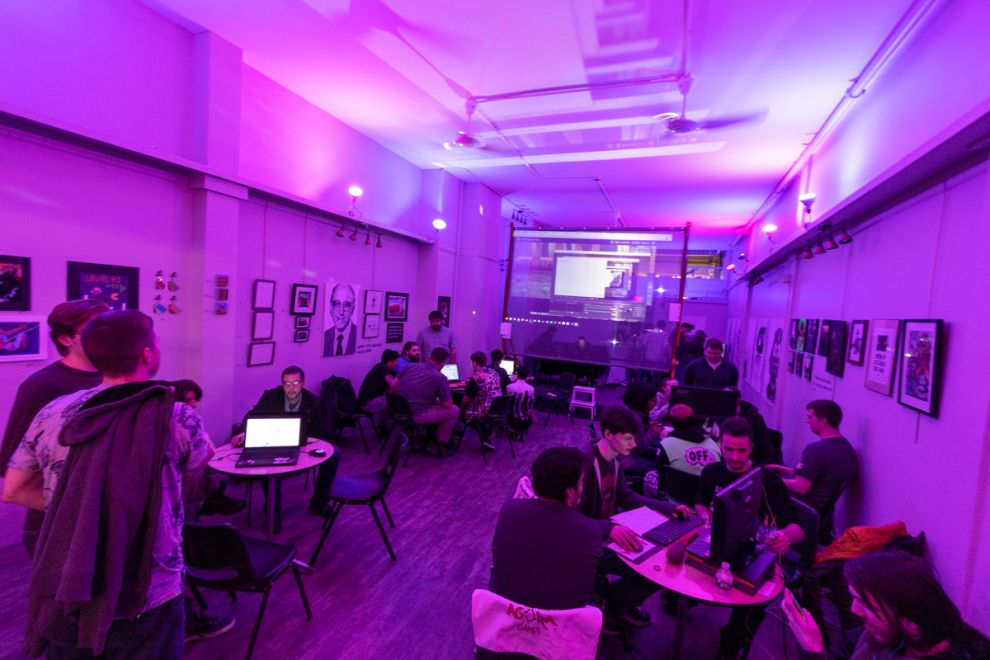 To provide the context for the review of last week, let me restate my STRATEGIC GOALS FOR 2019 as follows:

It was only last week that I realized there were two ways to handle the HARD DISCIPLINED goals, and that I had to take this into account:

Most of the time I’ll be working on maintaining longer-term projects and not the shiny new stuff in (2). Getting OK with that was a major insight. Also, I decided NOT TO WORRY about a lot of things and not be so hard on myself. The culmination of the Ralph Baer Celebration last week also has helped me see that being an active contributor in a creative community is legitimate work, and I no longer have to feel like I’m not spending the bulk of my time doing “real work”. I AM DOING A LOT OF WORK, though not everyone will think it as such. But as far as MY PERSONAL MISSION AND CALLING goes, I think I’m doing it.

But I’m jumping ahead…let’s get to evaluating the week!

QUICK GRADING OF THE PAST WEEK: Feels like a “B”

Doing weekly reviews forces me to remember what happened. If I can’t remember, I can’t make corrections to my actions to keep my “disciplined goals” tasks on track. I see that last week was a very social week, which ordinarily is a red flag. However, it was excellent for building community ties, which warrants a solid A grade. However, my main disciplined focus was to bill as many hours as I could and finish packaging design. I got the packaging design done, but didn’t bill to my hour target, so I’m giving the week an overall “B” grade.

Let’s look at the specifics of what got done, using my “three slots of attention” model of managing task load:

The big achievement is a developing theory of how all my strongest interests and desires combine together to form (the top item). Is it my core sense of self? My place in the universe? I’m not sure, but it feels like it’s something like that. I’ll be working on describing it better because it’s super-important, but for now I’ll leave you with three thoughts:

TARGETS FOR WEEK (WITH CONCRETE TARGETS)

For next week, my goals are:

The Week in Pictures 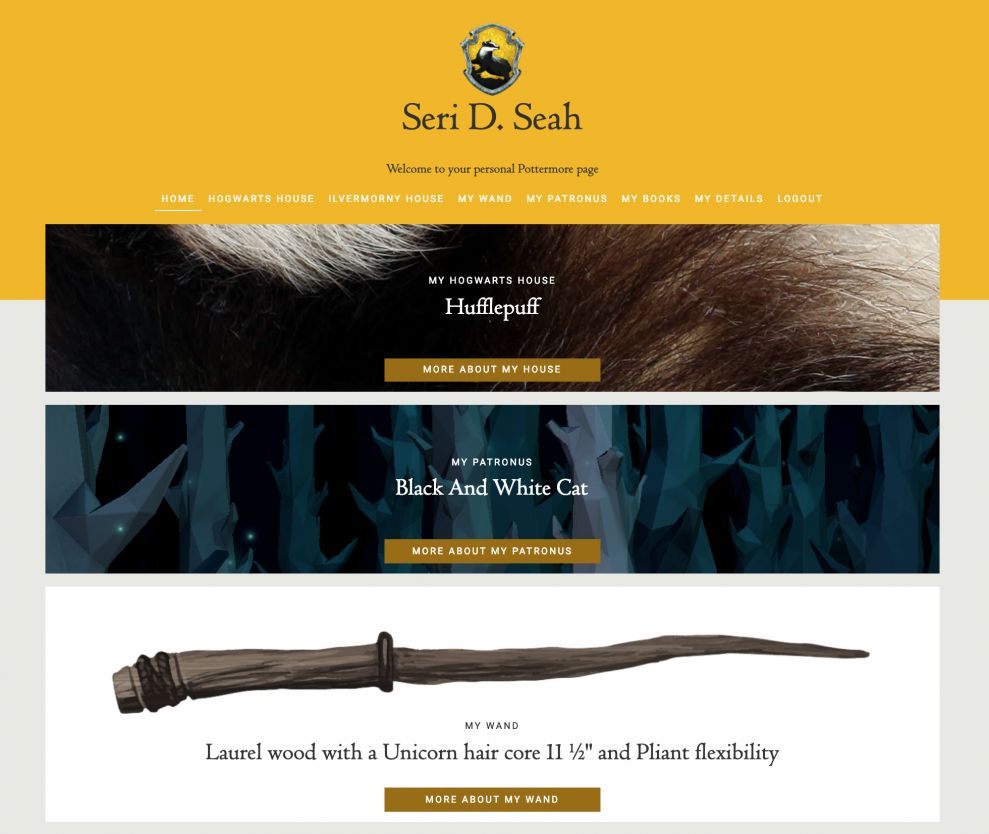 My PERSONAL UNIFIED THEORY OF COMMUNITY, EXCELLENCE, and WORK was partially triggered by a conversation with my house guest, who pointed out to me how awesome that Hufflepuff actually is because they are all there supporting each other. I was like WHAT? THAT IS AWESOME AND I AM ON BOARD even though I sorted previously as Ravenclaw. It makes sense now when I consider in MBTI sorting, I have an INTJ / INFP duality.

I retook the Pottermore test, and I am indeed sorting HUFFLEPUFF. Hooray! 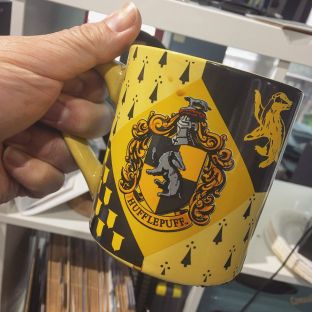 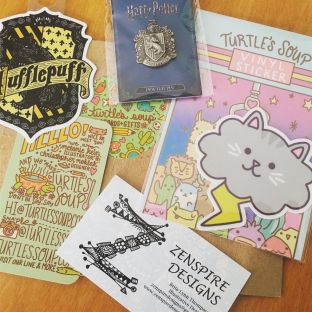 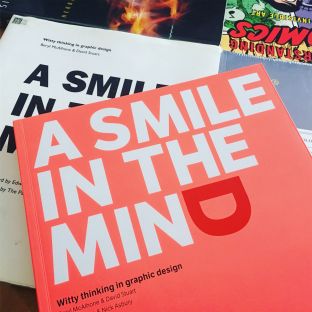 Of course I need to show the colors, so I bought a bunch of hufflestuff (above left, middle). I also picked up some other cute stickers while on Etsy :3

In the world of design, I also recently learned that one of my favorite graphic design reference A Smile in the Mind, had been updated for 2016 (above, right). The original 2006 edition of the book is listed in my graphic design book list, so I naturally had to buy the new one to see the new examples. I find the captions to be somewhat shakily written, to be honest, but overall it’s nice to see examples of graphic design that are more than swooshes and the trendy color of the year.

Speaking of design, I finished updating the front and back cards for the ETP 4X6 StickyPad (above). These will be going out to Amazon by the end of the month, I hope. It’s a new design to make better use of the space, and corrects two issues that were present on the most recent production runs that I only caught last month. This is a draft; the final version doesn’t have my picture on the new inside-front cover. 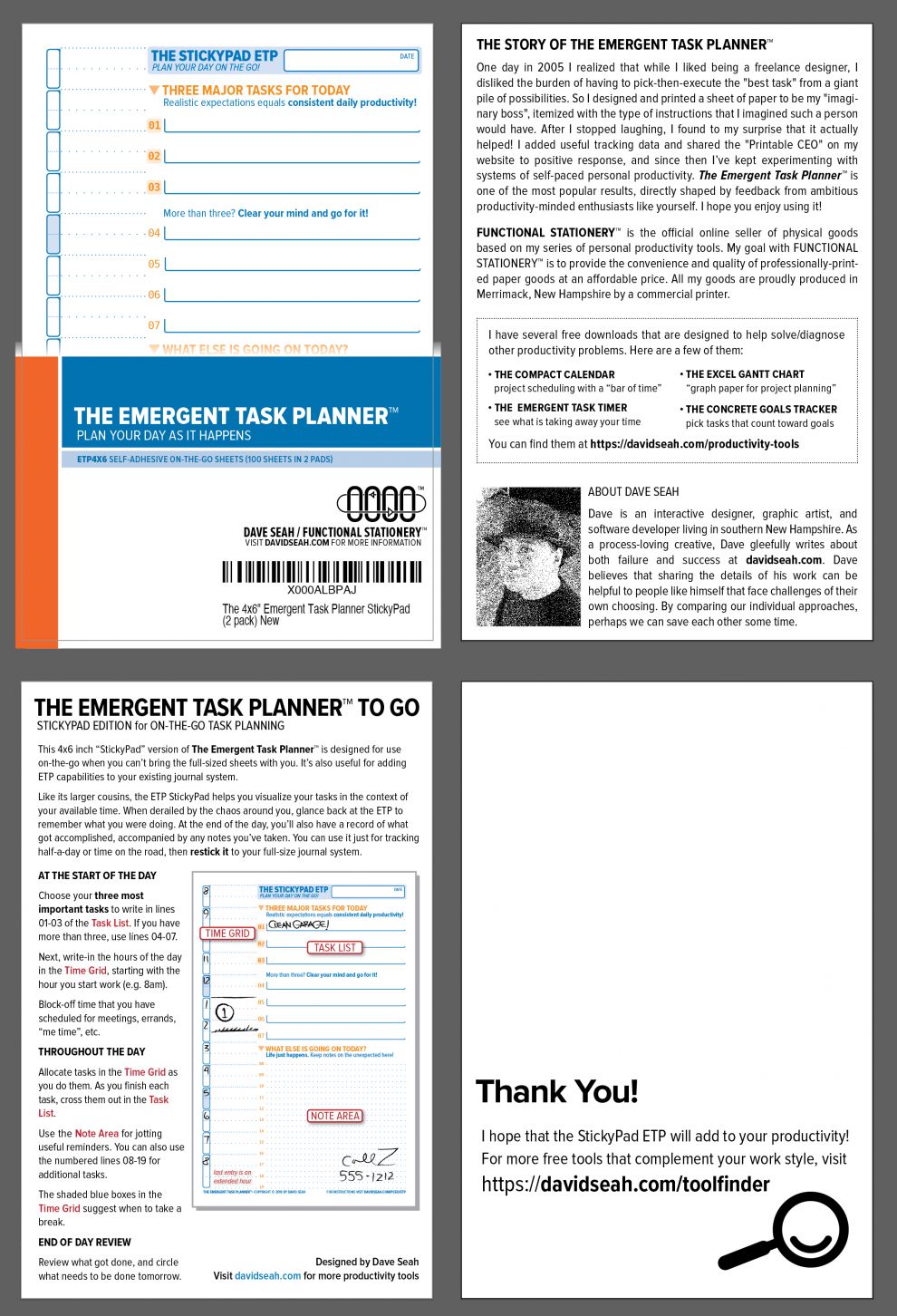 The inside-back cover is also new, and has a link to a new landing page (below) that I’m starting to work on. 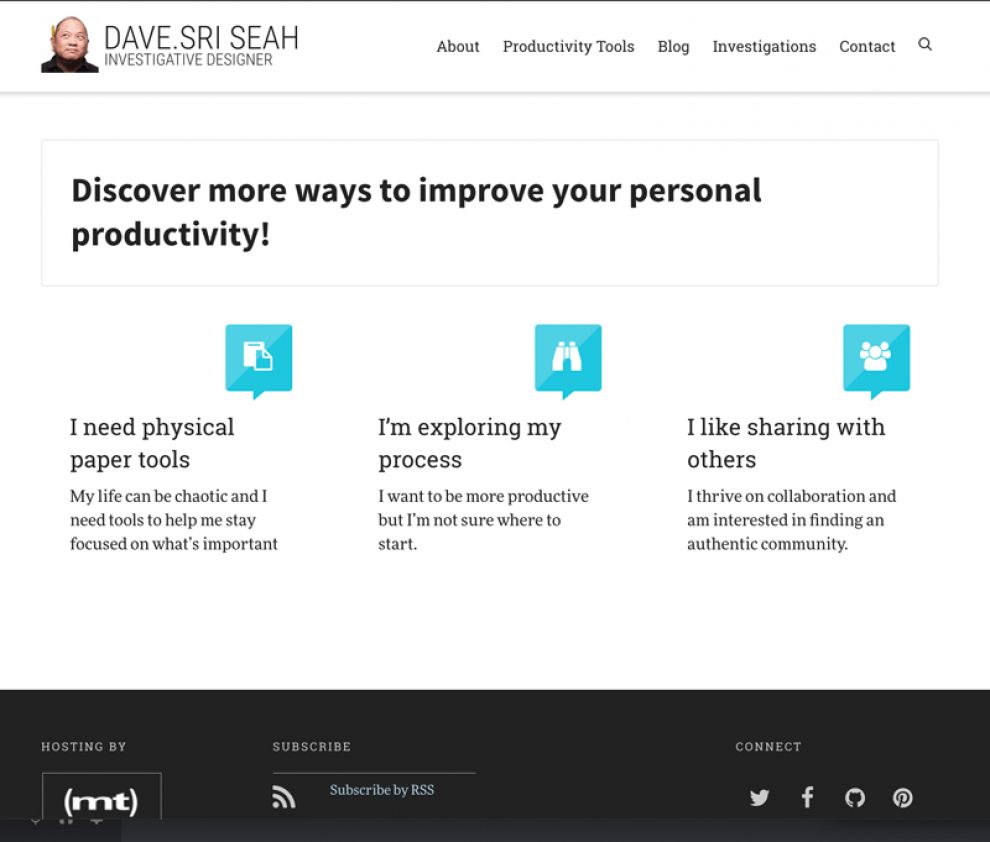 In the world of local eating, I tried several new dishes from restaurants I’ve recently learned about. From GOLDEN KOI in Milford, I tried their braised pork over rice (below left), which is very much like a disk from Taiwan I love. Add a porkchop and some vegetables, and you have something that’s pretty close to a bien dang. I also have been on a Mediterranean food kick, and got to try out several dishes from MATBAH in Manchester (below middle and right). The first picture is of something called manti, which consists of dumplings in something like a bechamel sauce, and the second picture is just of some Turkish coffee which is hard to find in my area. The best dish though that I don’t have a picture of was these cabbage rolls stuffed with lamb. At $14, though, they were a bit pricey…lamb ain’t cheap! 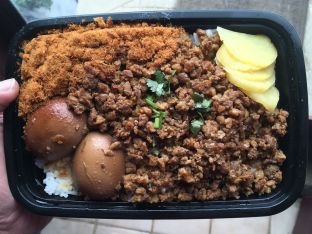 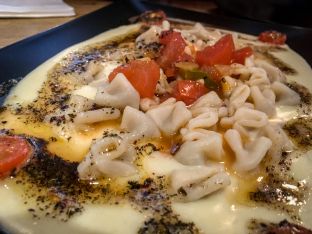 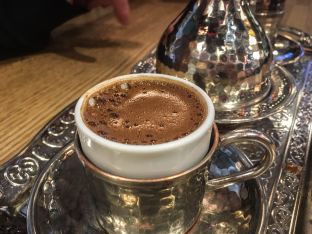 An interesting shared experience from the virtual coworking chat room last week was getting unstuck. I commented that one way I got unstuck was by freewriting in my digital notebook (in this example below left, a text editor). I write like a moron until I get all those bits out, and the thinking starts happening…it takes a few minutes. 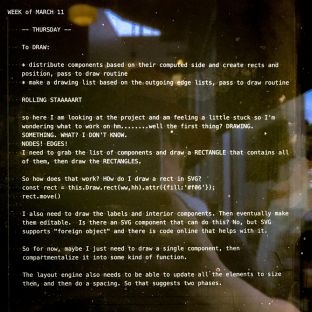 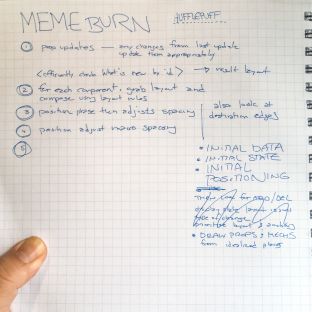 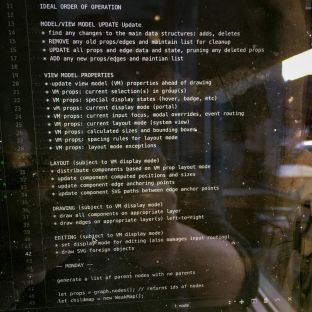 Next, I start transcribing and drawing the good parts from my freewriting onto a piece of paper (above middle). The two-dimensional aspect of using paper helps me take the linear thoughts from the freewriting and group them into larger logical structures; patterns are sometimes more apparent, and the physical act of writing instead of typing jiggers my brain a bit differently. Finally, I take what I’ve scribbled and retranscribe it over the earlier freewriting into a form that will be useful to the future me (above right). I try to make it concise, clear, and to the point.

It was a better week than I thought. The overriding concern was that I did not bill as many hours as I wanted. I would like to get closer to 20-25 hours per week than 10, but given the number of activities I had going on it was not surprising. This week I hope to really get the billable hours flowing and finish my major deliverable.

So that’s it for now! Check in next week to see how it went!