Friday was a rest and recovery day, starting with a Korean food expedition and culminating with Piano Karaoke in the evening. As far as my Groundhog Day Resolution goals are concerned, it was a day for reflection on the music composition goal with music-oriented people. Good times were had, and new foods were consumed! 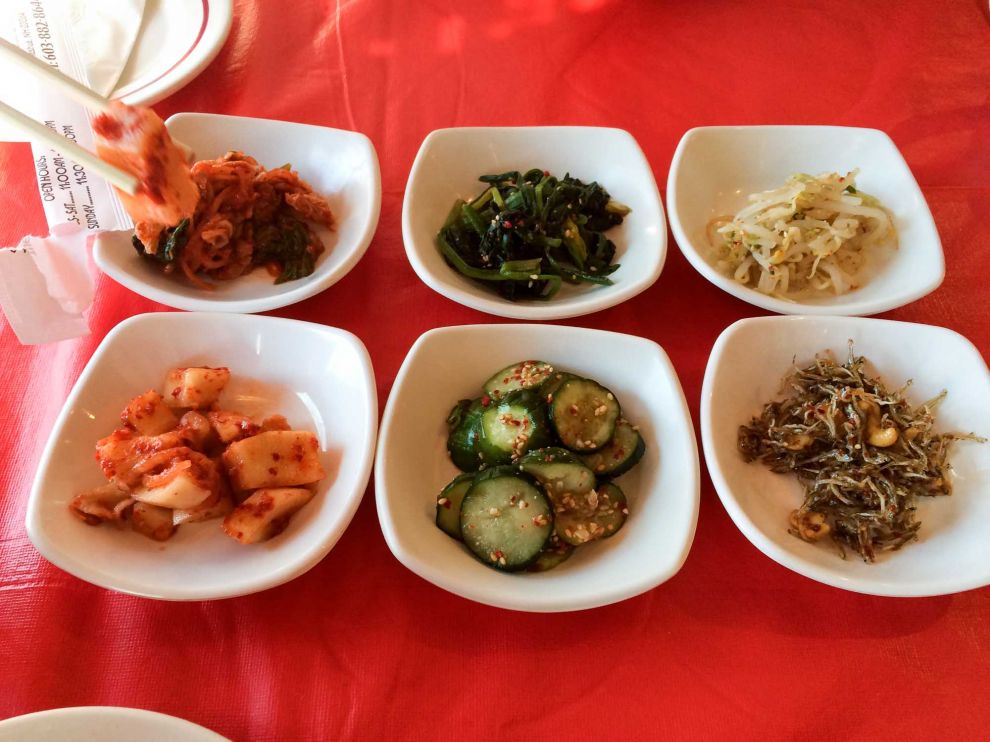 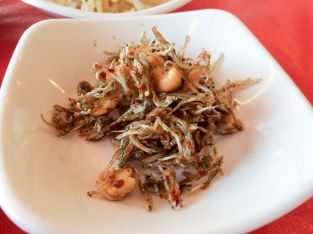 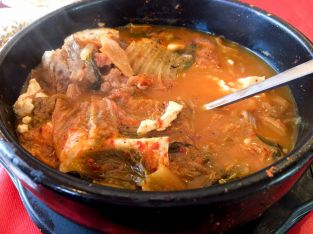 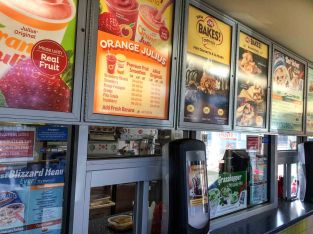 I met up with my friend Karl for lunch to catch up with his goings-on. Karl’s a music composer with a lot of years of experience in the field, and he’s a fascinating source of random pop culture tidbits. Lately he’s been on a Korea kick, learning how to make kimchi, the fermented Korean pickle, and studying the language for the sheer fun of it. He had not had actual Korean food before, and was game to try it for real. We ordered kimchi chigae (middle picture above) a kind of stew made with the pickled kimchi cabbage, beancurd, and chunks of pork. I had not had it before, and it was DELICIOUS! The meal also came with the assortment of side dishes called banchan (large picture above), which the restaurant’s owner makes herself every week. ALSO DELICIOUS. I even tried the sardines (left picture above), which were actually pretty tasty but I couldn’t eat because the smell of strong seafood makes me queasy.

Karl, upon hearing that my “outsider approach” to music was about making up my own way, told me about music scripting systems that could take live input and transform/enhance it. Apparently Ableton Live can do this, and later her forwarded me a link to Sonic Pi, one such tool. He also mentioned a “food porn” fad in Korea called Mukbang where people watch other people binge-eat on a streaming television channel. These kinds of channels are fascinating. I love oddball niches. This got me thinking about the approach I wanted to take to pursuing the music challenge by filming myself doing it; I thought of it as a kind of way to elevating the challenge to the point where it forces me to take it more seriously somehow. The music composition part is actually quietly daunting, I am realizing, and perhaps it’s having that EXTRA level of daring that uses a skill I have already (shooting and uploading video, in this case) that makes it more palatable. WHO KNOWS.

Afterwards, I stopped by Dairy Queen for a small dipped cone because it was such a warm day. I forgot to order the kiddie size dipped cone, again. That is the perfect size for me. 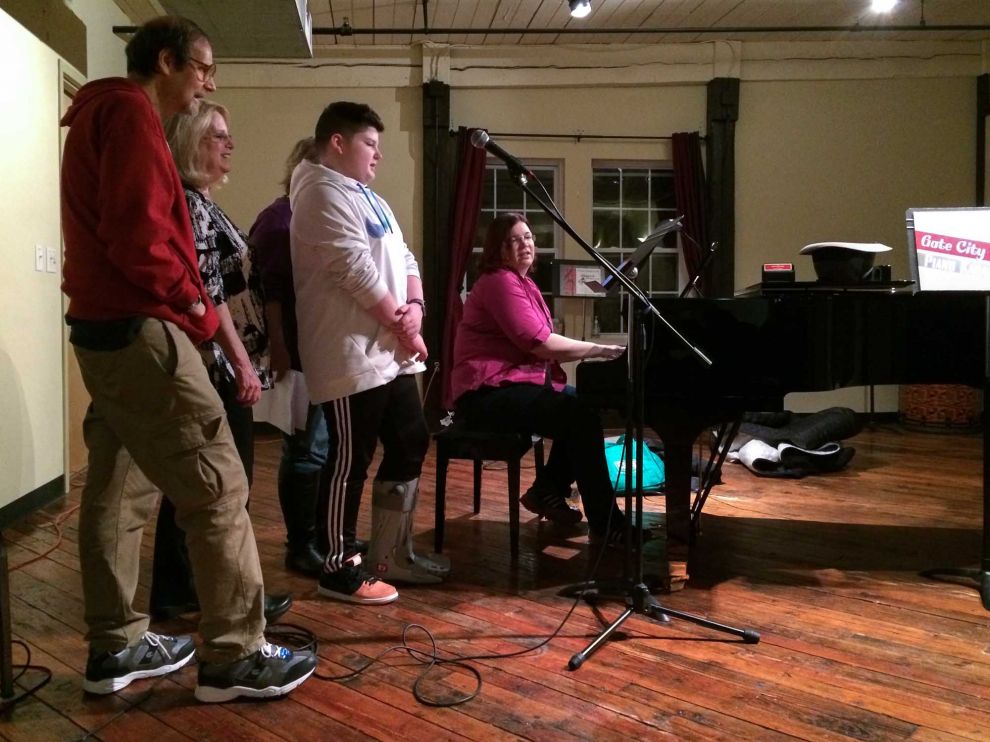 After lunch I did a bit of light work, and started looking at the song lists for Piano Karaoke for later in the evening. I’ve been going to these for about a year, and it had slowly dawned on me that practicing the songs actually might be really important to improving; to now, I had just been winging them based on the lyric sheets and half-remembered melodies. I’m not a great singer by any stretch of the imagination, but my sense of pitch is good. With that and a determination to cheerfully break songs as I encountered them, it’s been quite educational and at times surprising. Since I don’t usually listen to lyrics, it’s usually a complete surprise to learn what the words are saying!

One of the big insights I had in tonight’s event came while watching one of the regulars, Gary, perform a Billy Joel song on the piano. He said he was working on it and wanted to “get some of the bugs out”. I watched with delight as he played the fast-paced song on the piano and sang along with it, and it was amazing that humans can do this kind of thing. Performance in realtime is a skill that I don’t have at all. I just don’t practice it or seek it out. Perhaps this is the real reason I want to record my music practice sessions to video, to put myself on the spot and…perform? Something to think about. I have huge respect for performers who have worked hard to perfect every little aspect of their performance. It’s something I’ve never had patience for, but perhaps I should give it a try.

It being a social day, there are different points to grant myself than usual! Talking to people is a treat.

A mere 9 points, but they lay the seeds for future achievements! Most notably, I better understand the nature of (1) practice, (2) performance, and (3) the reason I’m doing my “outsider” approach to music education and composition. It’s good to know too that there are people who seem to be compatible with my weird ideas. Rock on!