Breakfast Blowouts and being Satisfied with Less (GHD010) 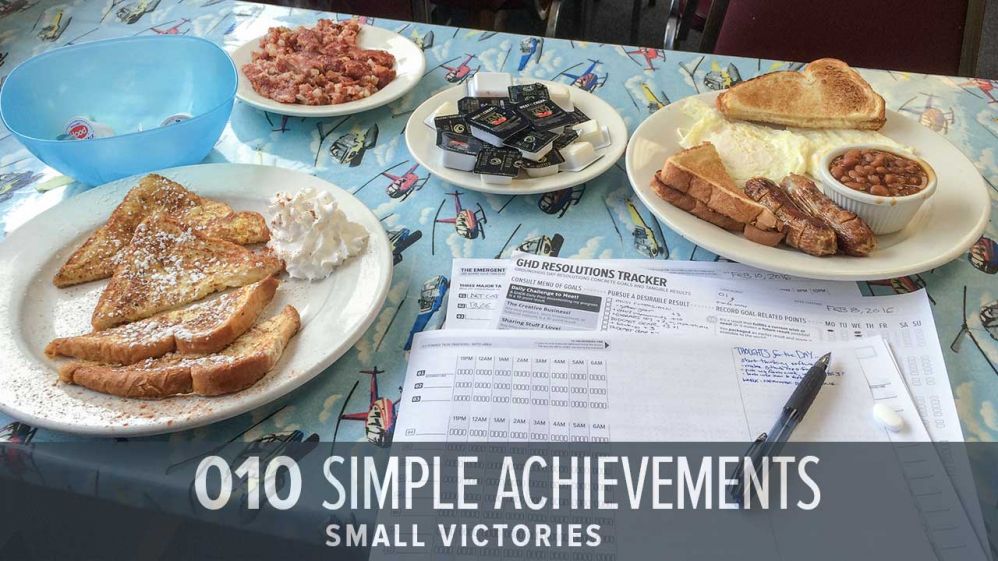 Thursday started at 5AM, having woken up after only a few hours of sleep because I was excited about a couple ideas related to GHDR goals. Since I had been fasting at that point for 32 hours, I was also ready to have breakfast at the nearby Midfield Cafe at our local regional airport. While it was a great breakfast, the combination of food overload and lack of sleep knocked me out for most of the day! Lesson learned…no more giant breakfasts! I’m amazed at how little food it takes to get through the day, and am more inclined to not eat as much in the future because I felt disgusting all day.

So, the rest of Thursday was one of those “bit of this, bit of that” days. I did some review of my GHDR goals, tweaked a few projects from previous days in the smallest of ways, and did a bit of billable work. Not as seemingly productive as the rest of the week, but I think it was productive ENOUGH. Learning to be satisfied with less (which applies to breakfasts too) is a state of mind I aspire to. 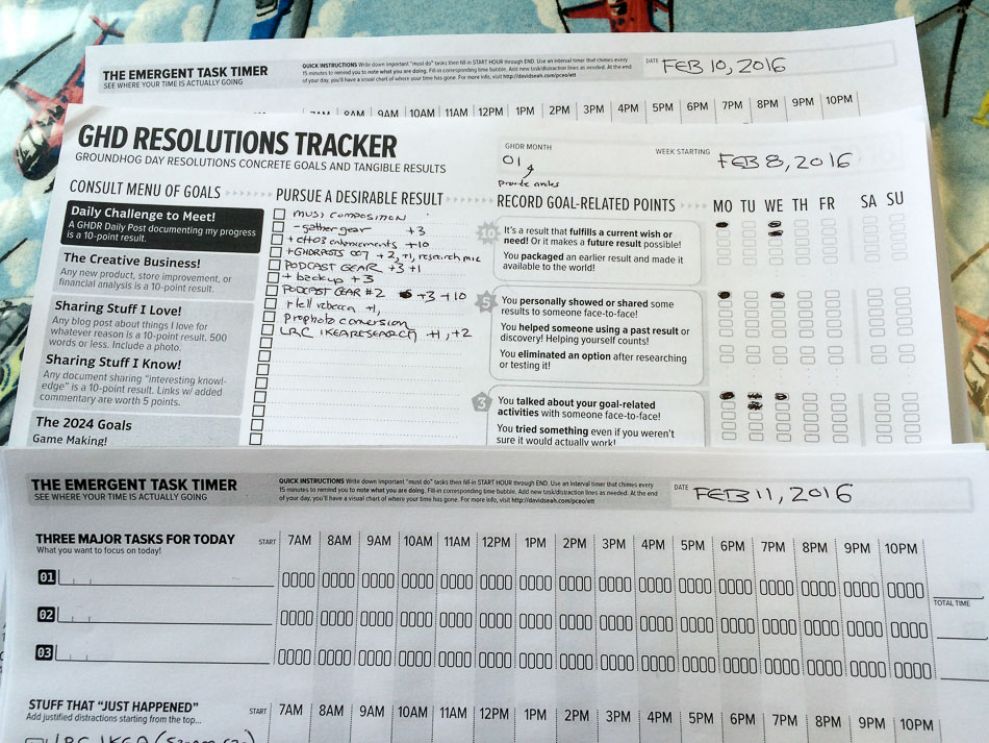 This was the first time I had a chance to look over the week’s Groundhog Day Tracker progress and compare it to my updated ETT form. A few observations:

At the end of the day, I scored 5 points total, which is a weekly low. That’s OK. Tomorrow maybe I can start the other project. 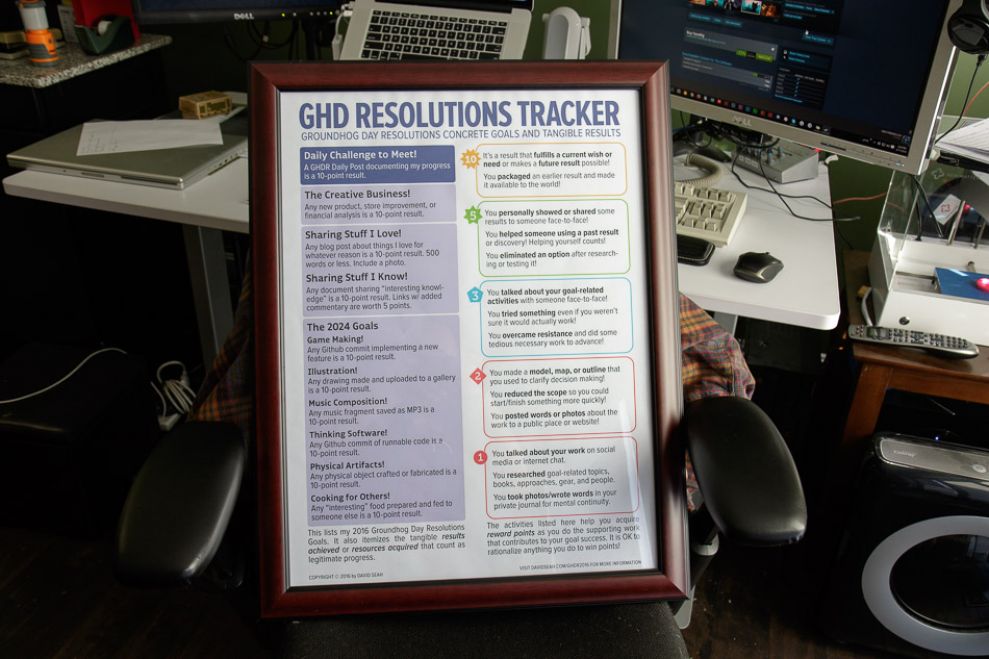 After breakfast I stopped by A.C. Moore, a crafts store in the area, to look for 18×24 inch frames for my ghdr poster. 18×24 is a good size. The 24×36 inch print I had made is nice, but it’s a bit too big for my space. I spent about 30 minutes looking for 18×24 frames that didn’t suck. Thanksfully, I noticed that some of the more expensive wooden frames were discounted by 50%, which put them in the 20-ish dollar price range I had set for myself. It’s a nice frame!

So, not a huge day, but a few tiny wins in the poster and podcasting gear departments. Because I’m making progress overall, I’m not feeling too bad about the lack of huge milestone progress, but seeing this reflected in my point score is motivating feedback to do more tomorrow. I’m exhausted now, and am going to turn in early. Tomorrow might be a long work day, so I’ll have to play it by ear regarding other projects.