My Favorite Laptop Stand is Now 2.0! 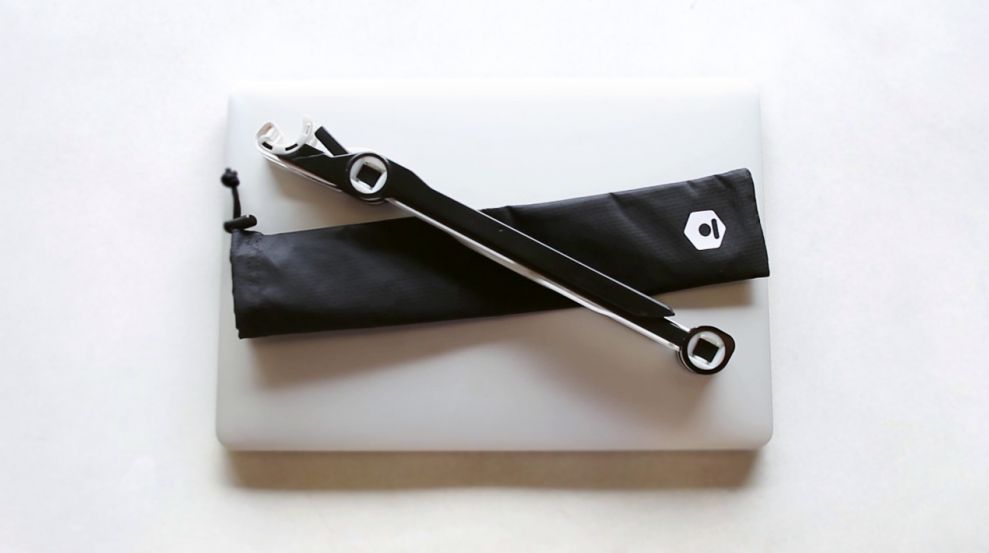 Today is the launch of James Olander’s Version 2.0 of The Roost Stand on Kickstarter! I am very excited, both about the product and James’ manufacturing adventure!

I really love my old Roost Stand, which makes it possible for me to work anywhere from my laptop. Most stands take the approach of improving the height by just a few inches, which is not enough to properly raise the top of the laptop screen to eye level. The Roost Stand was the first stand I’ve come across that does the job in a portable, lightweight package. This stand keeps me from getting backaches when working at the coffeeshop, and it’s a nice conversation starter too. Dozens of people have asked me about it at the airports and coffee shops when I’m on the road. 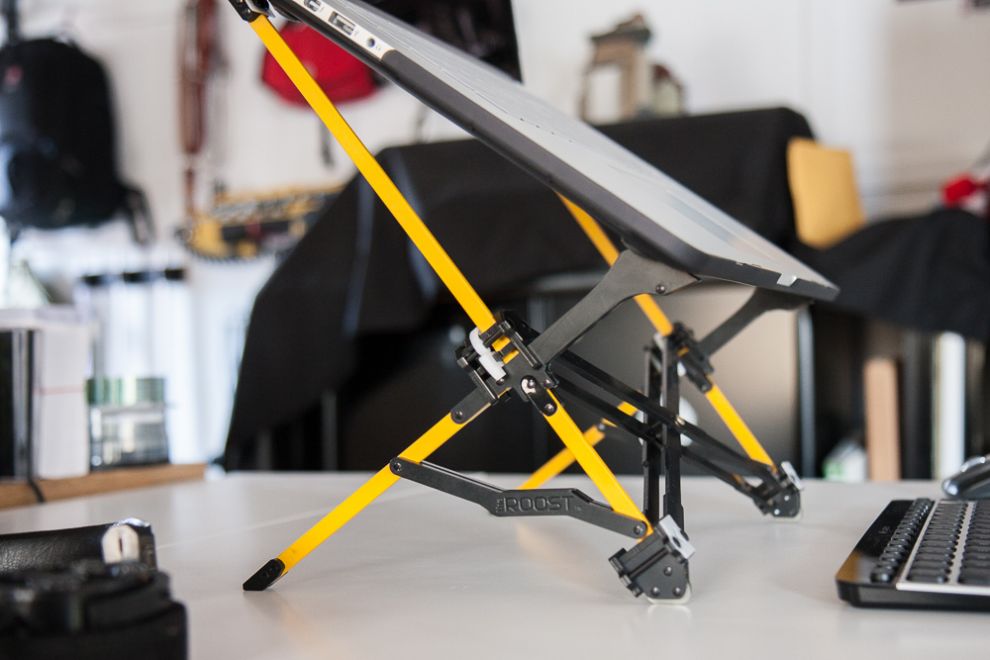 The Roost Stand Version 1.0 (the original)

As a designer, I also really like the construction of the original Roost, which was a clever folding mechanism designed around what inventor James Olander could do with a laser cutter and a lot of riveting; he describes it as “hobbyist manufacturing”. It’s immensely strong, foldable, and has a striking appearance. That’s my Roost Stand above at my friend Sid’s photo studio in the picture above, where we record our podcast. No neck strain! It does require an external keyboard.

As good as the original stand is, there are some areas where it falls short. As the kickstarter video explains, the original design works only with clamshell laptop designs, isn’t height-adjustable, and prevents the laptop lid from closing while on the stand. While none of these issues affected me, I know it is a problem for others. For example, my cousin can’t use the original Roost because he is in the habit of closing the laptop when he’s done working, and if you force it you will probably distort the hinge mechanism…bad news. Also, from a manufacturing perspective, hand-riveting a bunch of laser cut parts is difficult to scale. I think the original design is ingenious, but it has its limits.

At a certain point, it’s necessary to go to another manufacturing process, which is just what Olander did. 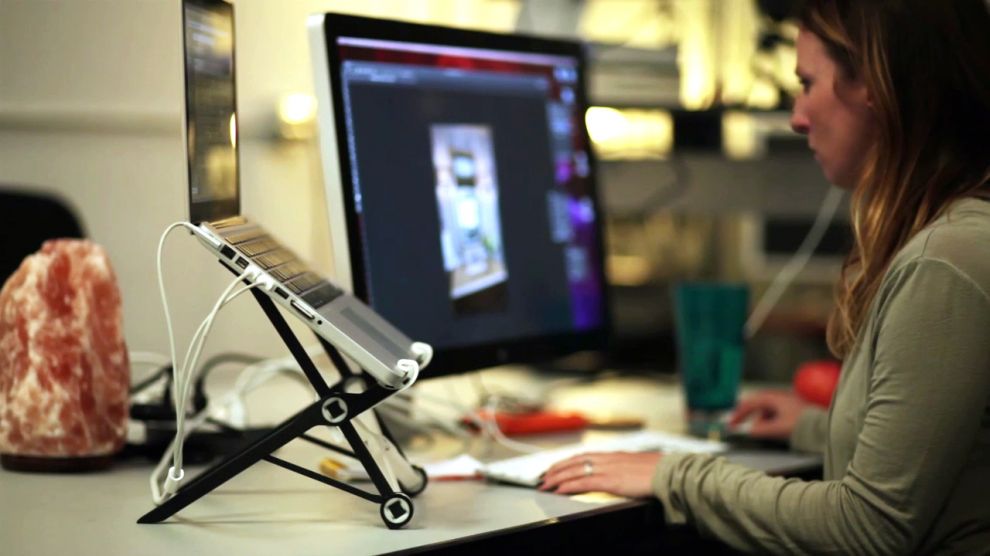 These images are all taken from the Roost Stand’s press release page. You can see the change to “precision injection molding”, which gets away from the flat cut pieces of 1.0 and its (as Olander says) “off-the-shelf” parts. The new design works with all laptops, and is now height adjustable. It still folds compactly and slides into your bag. 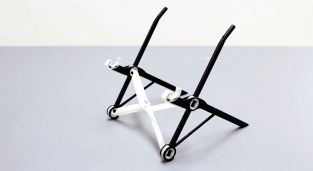 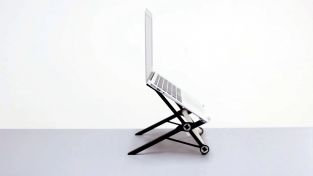 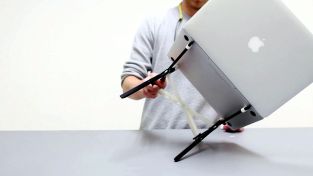 Of particular interest to me is the change in the way the laptop is held secure on the stand. In the old version, it was two slits of plastic that fit in the space between the lid and laptop body, and it was surprisingly stable due to the rigidity of the overall design. In the new version, the laptop is held at the front lip of the laptop body with some kind of flexing self-adjusting grip that applies pressure to hold everything in place. This apparently makes the laptop stable, so it is not going to fall out of the stand if it’s jostled. I’m intrigued!

Because I love bags, I’m also excited about the new Roost Keyboard Mouse (RKM) Case. It’s a zip-up foam-lined bag that can carry your Roost, wireless keyboard (a necessity when using the Roost) and a mouse. My everyday carry includes the older version of the RKM, augmented with a neoprene keyboard sleeve to keep everything more snugly in place. The new design looks like it will be an improvement.

GO CHECK IT OUT

It’s rare that I get so excited about a product to the point I shamelessly shill for it, but The Roost Stand presses all my happy buttons:

There is a lot more information on the Kickstarter Page, including a nice video and plenty of more pictures. I wish James all the best; the improvements in version 2.0 require a huge manufacturing leap in terms of cost because of the expense of having molds made (tens of thousands of dollars per part mold, and the stand has several parts). That he’s having it done in the United States rather than China warms my heart as well, because I like to see more manufacturing done locally; I produce all my paper products in the US as well using local companies.

So, if you’re looking for a new laptop stand, you have until July 2015 to back this kickstarter. Good luck, James!!!

UPDATE JUNE 9, 2015: The Roost Kickstarter has added a “leaderboard” challenge to the campaign, so I’m now using that link (http://roo.st/daveseah) to qualify for a “limited edition” version of the stand. You can sign up for the challenge yourself if you’ve backed the Roost 2.0, so share the love!