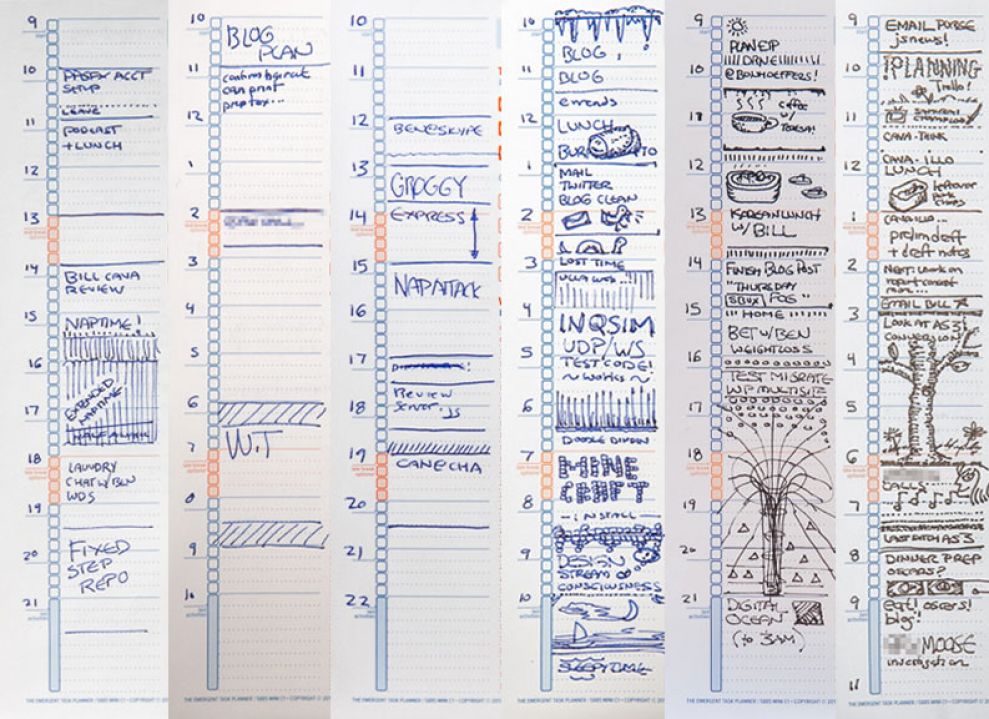 If you’ve been following my daily journals on fog brain, you probably have noticed the observations that have been accruing as I’ve fought the fuzziness.

I’ve rewritten each observation to try to capture its essence. They are presented in chronological order without comment; I’ll be mulling over them over the week to see what patterns become apparent.

I welcome any reader comments or reactions…together maybe we can figure something out that’s of universal interest to people like US: semi-neurotic thoughtful introverted process-oriented productivity-obsessed shiny goal-setting creatives that just want people to be happy about chasing their dreams while not starving to death! Or something like that :-)