This weekend I set aside the time to make a 4 by 6 inch version of the Emergent Task Planner. Working from the half-sized version of the ETP, which already makes serious compromises, I had to somehow squeeze all the old elements into a much smaller space. Here’s what it looks like: 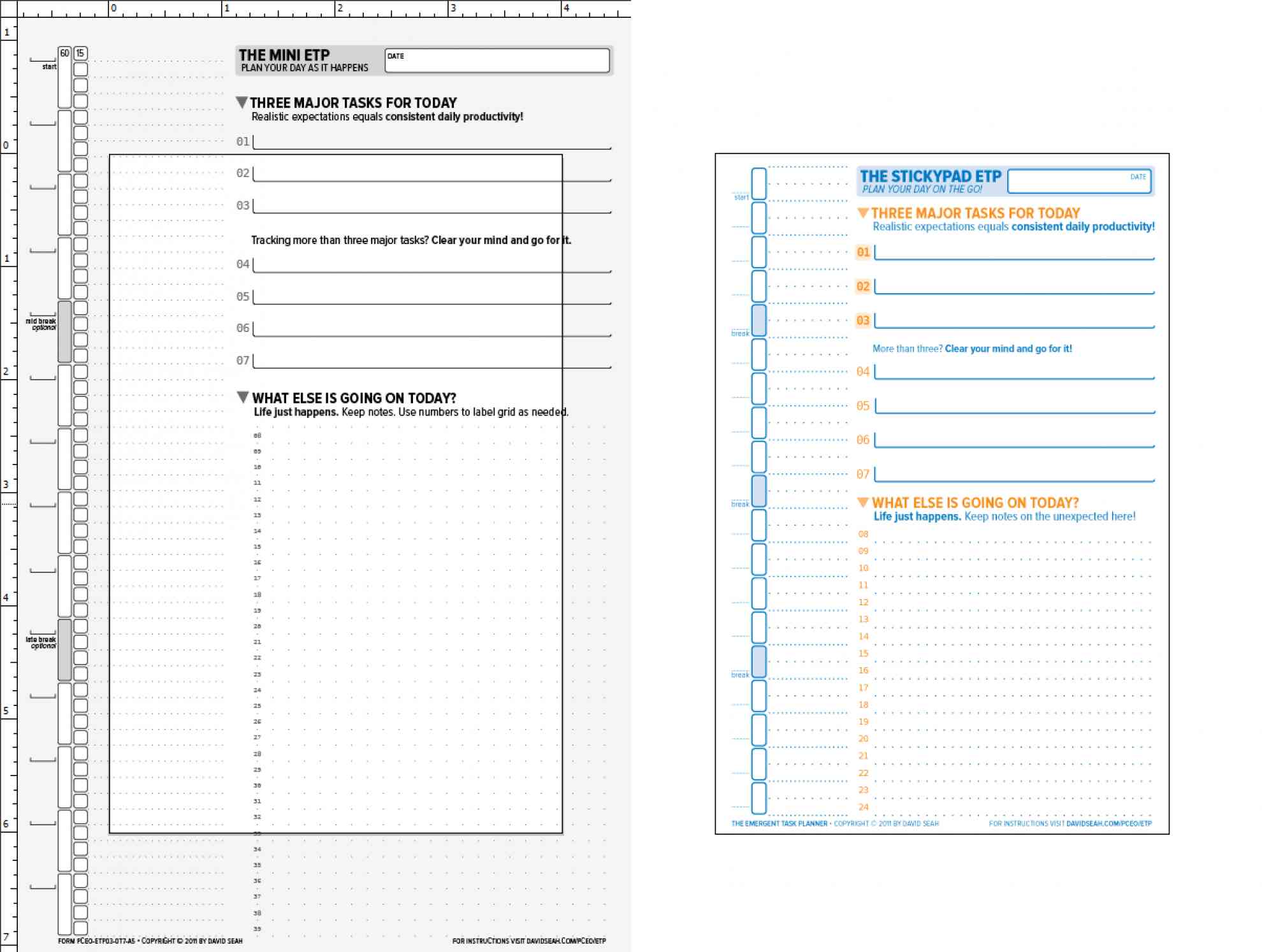 The left side shows the half-sized ETP overlaid on the 4×6″ template. The right size shows the resized version. I had to make several more adjustments, and ended up redrawing most of the form.

I started shrinking the A5 design, as that design went through a group test to find the smallest size I could make things. However, for the ETP to be useful for a day of planning, I needed at least 12 hours visible. That wasn’t going to happen with the existing day grid. So, I simplified it by shrinking the hour boxes and eliminating the 15-minute boxes of the original. The resulting design can show 19 hours, which two lines of planning per hour. This means that the level of detail you can record is lessened, but I think that isn’t going to matter much for the way I imagine this will be used.

I got rid of the secondary line of 15-minute boxes, sticking only with the hour boxes. Half hours are designated by the dashed lines. There’s not a lot of room here to write things down, so I would encourage the use of numbers to note when you plan to do a particular task. For example, if you are doing task 01, then write an 01 on the day grid.

Other missing elements: I decided to us the “7 Task” design as a starting point, so there are no time tracking bubbles. I think that’s OK for an on-the-go form, and it turns out that the 7 Task design is the more popular one.

I defined a grid size of 0.15 inches to use for spacing and sizing purposes. The width of the day grid hour box is 0.15″, and this is repeated across the entire design in multiples and dividers. This helps create a feeling of harmony in spacing across the design. This is not present in earlier versions of the form; I pretty much eyeballed those to look good.

Alignment helps too. I tried to align as many edges as possible while maintaining consistent spacing. All the horizontal lines line up to something else. Even the text elements align in some way to one of the horizontals.

I altered the typography slightly. The numbers are now all 100% orange, instead of the 65% I had used in earlier printed designs. I wanted it to be a bolder form. There’s also more emphasis on the three most important tasks through use of background shading.

You can get a sense of the size difference between the various sizes of ETP from this photo: 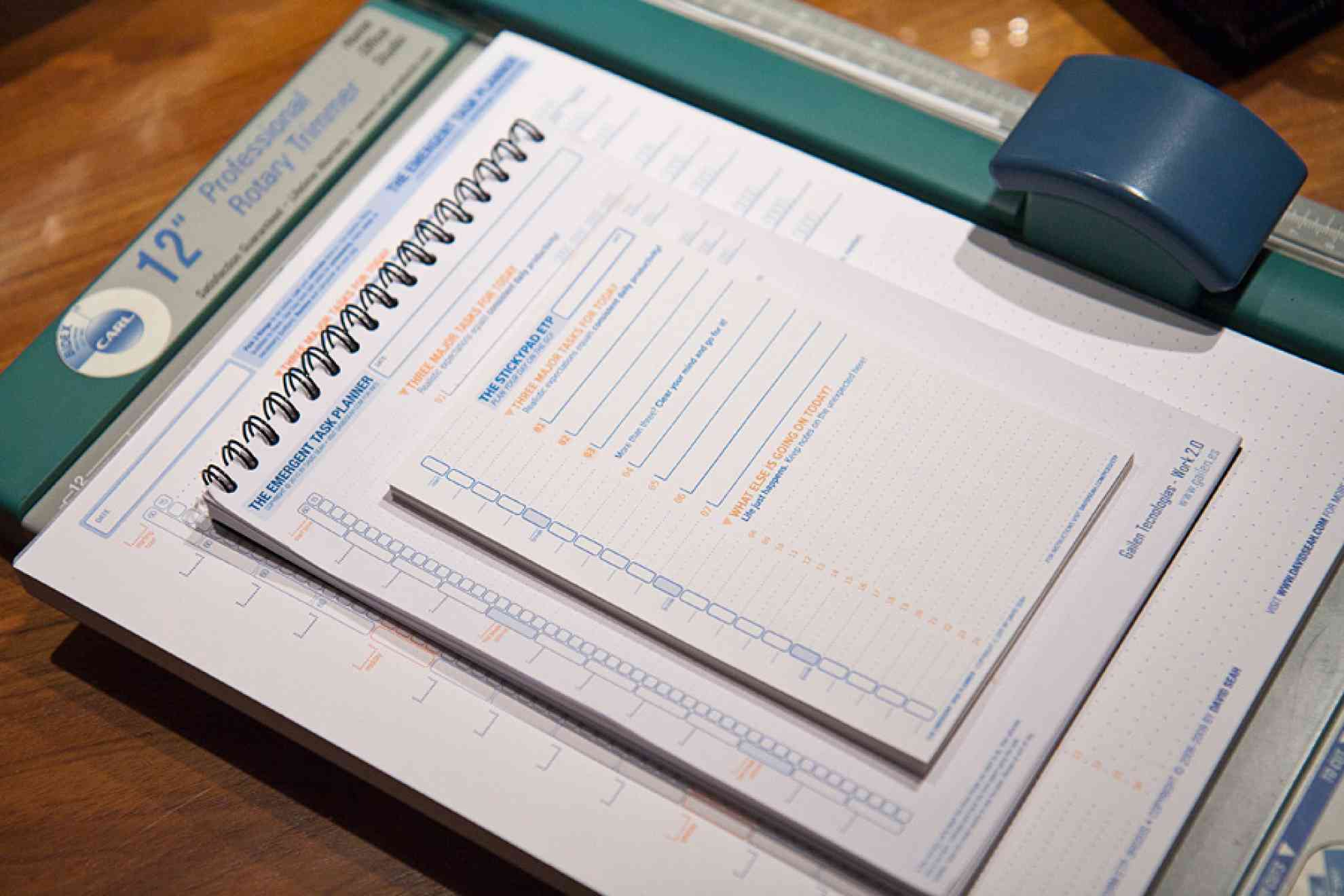 The bottom-most pad is the regular US Letter pre-printed ETP. The middle pad is a custom job contracted by a company in Spain, in the A5 size. On top is the new 4×6″ design, sitting on a stack of large index cards.

For a better sense of how big this pad is, here’s a picture of it next to a fountain pen: