Still exhausted from Day 1, me and my friend Sean carpooled into Cambridge a bit later, just making the first 10AM session. I was hoping that my renewed optimism for business planning would continue, but rather than focus on exclusively on business-related topics I chose to pick sessions that were being given by people who had piqued my curiosity earlier. If there’s anything I’ve learned from big conferences like SXSW, it’s that following my curiosity is consistently more rewarding. The same applies, I think, in all my endeavors.

Here’s how the day went:

p>Chris Penn and ChelPixie closed off the day with a quick wrapup, and we all left the building at around 4:30PM to a beautiful Sunday afternoon on the Charles.

A correction from yesterday: Anne Doherty Johnson (@adjtech on Twitter) is the person who mentioned Right Brained Business Plan to me! I’m planning on checking it out…looks pretty cool!

The only real snag I noted there was the flaky projector system in Room 4. Ordinarily I expect great things from Projection Design, a very high quality projector I’ve used for museum exhibit design, but this one had a bad red-channel input. The video routing was also pretty strange, giving all kinds of problems for each presenter in the room. The lobby parking machine is also a wonderful example of kluged vending machine technology. And I thought those Charlie Card terminals were bad!

The breakfast goods and cookies from Area Four were yummy! I especially stuffed myself on croissants and ginger cookies.

It is awesome how Podcamp Boston donates money to a charity every year. Last year, they donated over $7000 to the Greater Boston Food Bank’s Kid’s Cafe. This year, a comparable amount will be donated.

I finally got to see one of those Microsoft Surface tables at the NERD Center. Didn’t get a chance to really play with it, though I noted that its underlying 3D accelerated graphics seemed slow, running at maybe 20 frames per second tops. I’d love to have one of these, though, in my own fantasy rec room to replace the limited-function sit-down video game table-style cabinet. A commercial Surface unit apparently costs $12,500 without the dev kit, helping insure that this remains a fantasy. I still may check out the SDK, just for the fun of it.

Glad I went, glad to have met a few new people and see some old friends, and happy to have gotten a nice boost of inspiration at a fraction of the cost of a trip to SXSW. I feel that I can again find my orientation and sail confidently toward opportunities scattered between here and the horizon, sharing the same sky with people I like and admire. While that might not be the end game for most people, I think that’s all I really want from life. 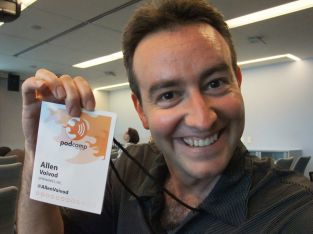 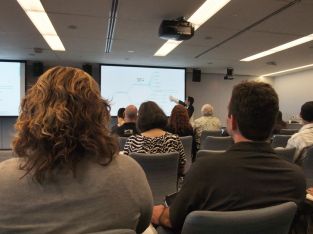 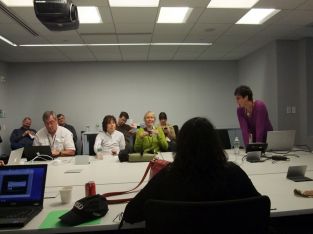