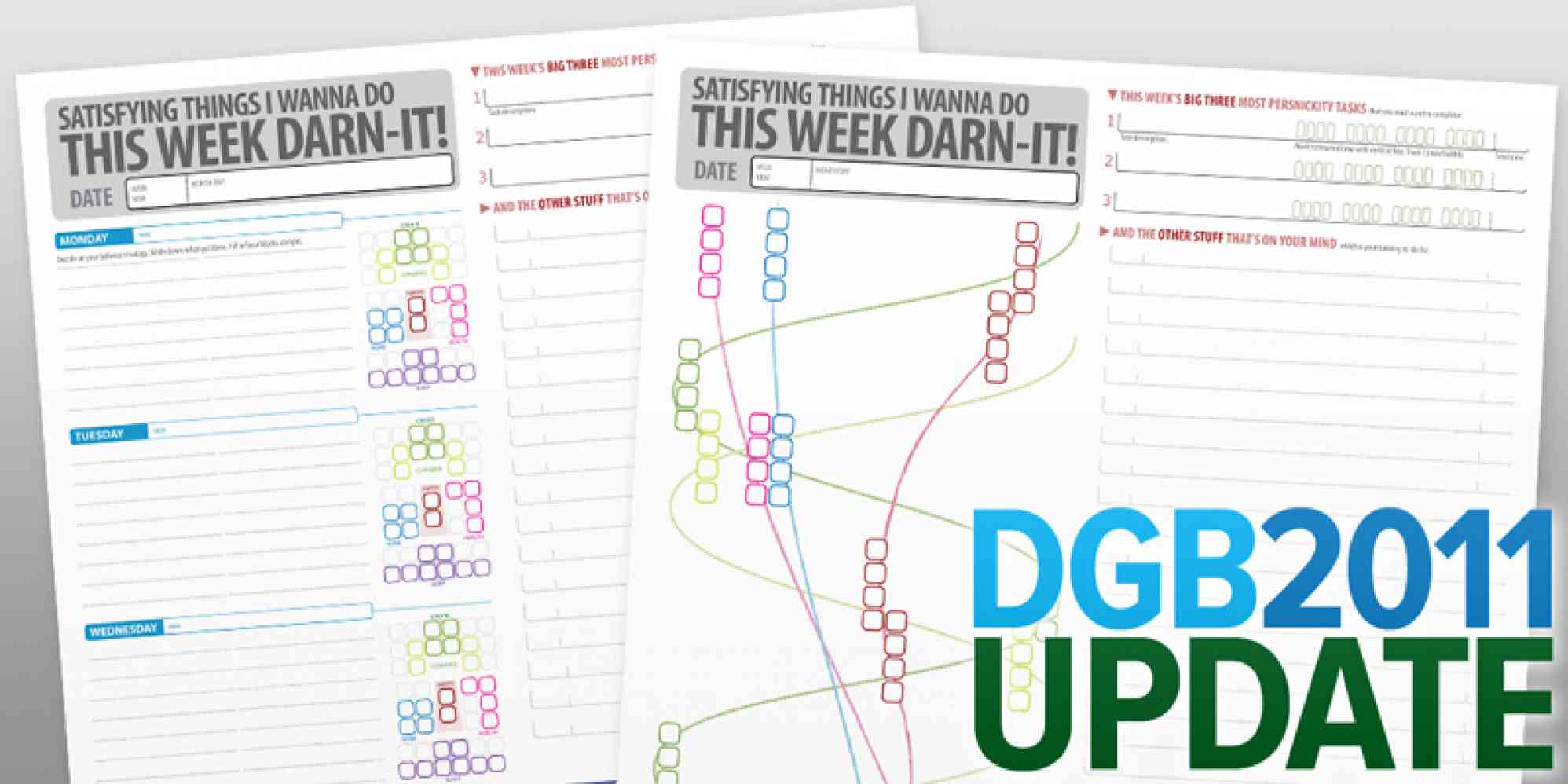 The fourth update of this year’s forms is the Day Grid Balancer (DGB), which isn’t actually part of the Printable CEO™ Series but is more of an experiment in Creative Commons. The catch phrase Satisfying Things I wanna do DANG IT seems to have struck a chord with a few readers, so I’ve updated it for this year.

I’ve left this one relatively untouched in design because it’s not part of the Printable CEO™ family. However, I did make the following changes:

p>For more information about the background of this form, you can always read the original post.