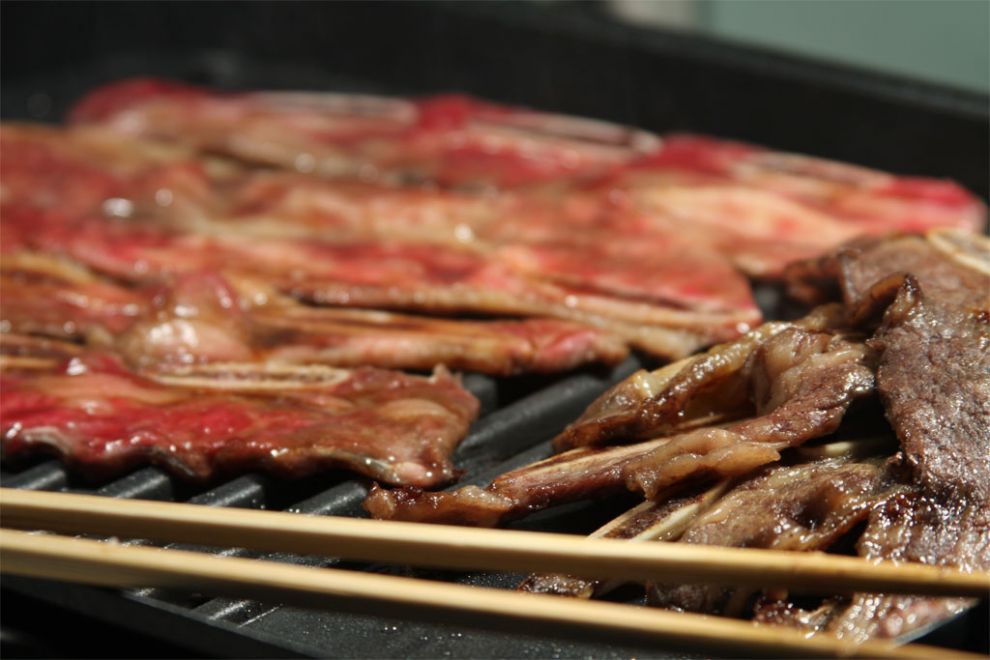 Last Christmas, a good friend of mine surprised me an indoor electric grill. I was surprised in that Why, I never considered getting one of these way, where you’re actually not sure what you’re going to do with the gift. I like grilling outside and burning stuff, and the idea of doing this in my house didn’t seem like quite a good idea because of two problems:

p>Because of this, I couldn’t even conceive of grilling in the house. This course of action had, in the past, produced too much smoke and anxiety to be fun. So the gift, after an initial period of admiration, was left in the box unused and forgotten.

Fast forward a year, and I stumbled upon the grill again while cleaning my office. With the wisdom that advancing age must have bestowed upon me, I could immediately see a new application for the grill, and this was entirely due to the grill being in my office. You see, my office is vented to the outside. It’s in the basement next to the storage room, which is also host to the litterbox for my cats. One of the first things I did after I started working down here with the cats was to figure out how to exhaust the fumes from their sandy deposits. Step 1 was to get a Littermaid Automatic Scooping Litterbox. Step 2, after the Littermaid failed to completely contain the smell, was to visit Home Depot to by an electric ventillation fan and an outside vent pipe that would fit in the tiny basement window. With one portable Ground Fault Interruptor outlet for the fan (just in case) and some duct tape to seal the vent pipe to the window, I now constantly vent the nastiness into the Great Outdoors where it belongs. There have been some additional side benefits too: visiting smokers can actually smoke in my office when it’s cold out, and the smoke gets sucked outside pretty quickly.

Anyway, I reasoned, what works for cigarette smoke and litterbox odor probably would work for the gently smoking meats and sizzling steaks. So I cleared off the top of my drafting table and set up the grill: 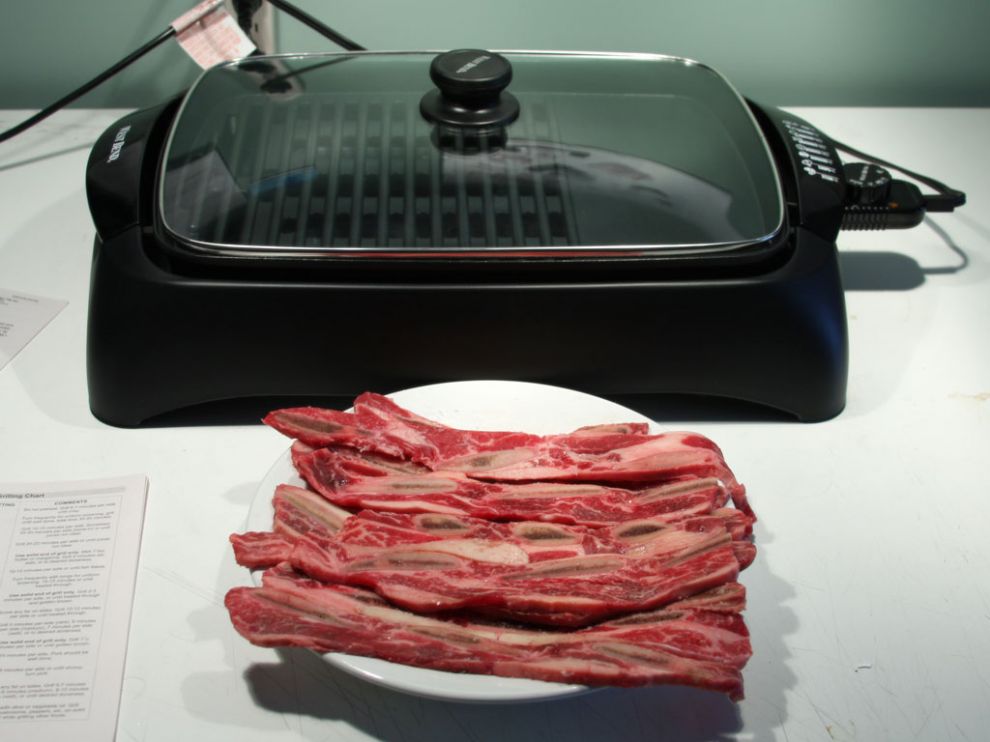 The grill itself, a nice West Bend electric, is about the size of a large scanner, fitting approximately 4 burger patties at once with a flat area off to the side suitable for toasting buns. Unlike my mom’s ancient electric skillet from the 70s, the electric grill unit is immersible in water (simplifying cleaning considerably) and has a separate drip pan that fits underneath it. The manual instructs you to fill the drip pan with water, which is a good trick to make cleanup easier (the grease doesn’t harden and char). I have tried this in conventional ovens but it tends to create steam at the same time, creating a mushy gray yuckiness on the bottom of the meat. I was pleased to see that this grill didn’t seem have that problem when I tested it just now with lightly-salted cross-cut beef short ribs marinated with a touch of low-sodium soy sauce. Overall cooking time was around 15 minutes per batch. While the smoky charcoal taste was lacking, the convenience of working and grilling in the same space was, dare I say, exhilarating. I can see a bit of grease that has escaped, so this isn’t the sort of thing I would do every day, but it’s just a bit crazy, which is what I needed today :-)